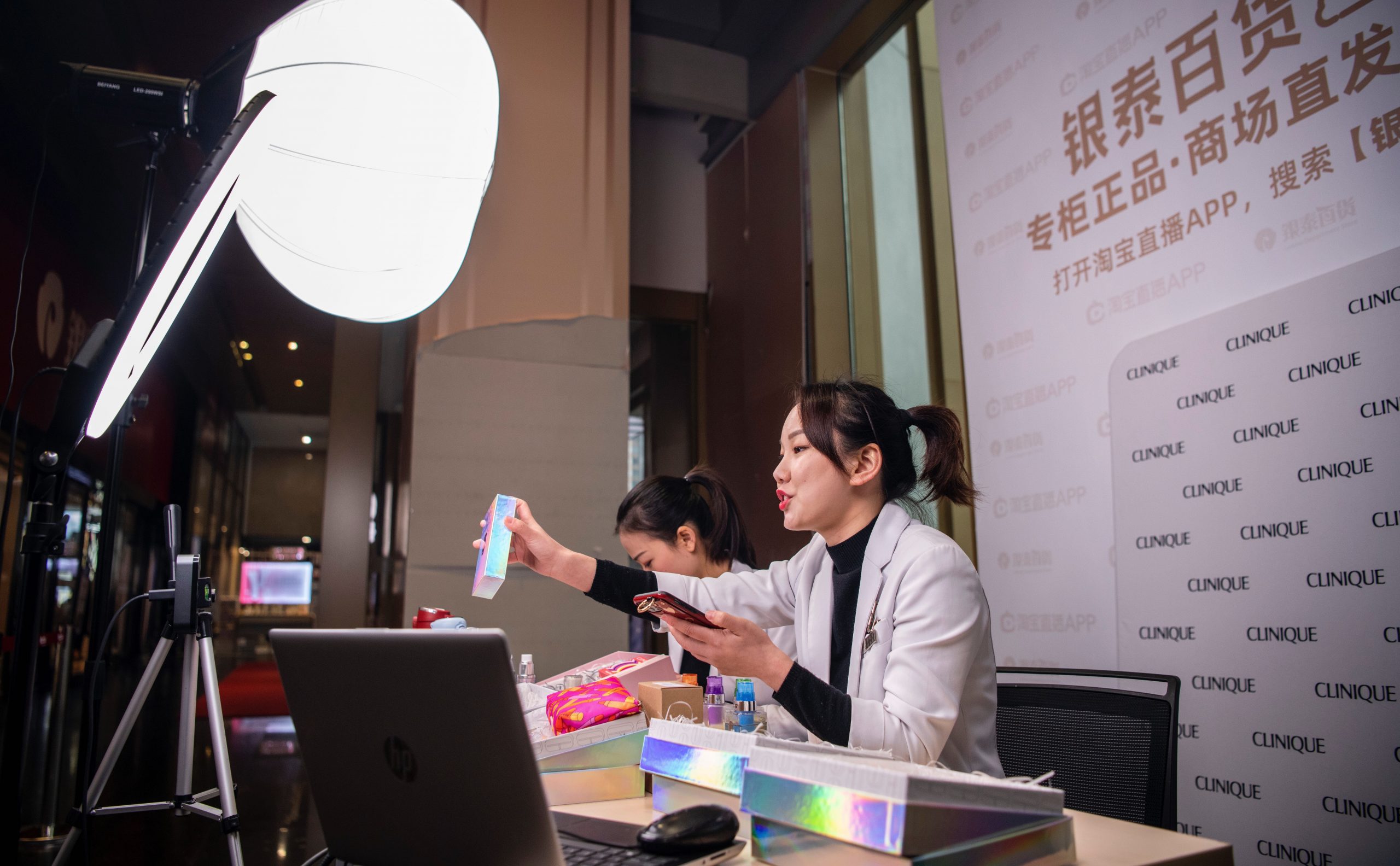 Sales associates at one of Alibaba-owned InTime’s store display products for sale during a livestream.

BEIJING — More and more people in China are turning to jobs in the digital economy as the coronavirus pandemic accelerates a shift toward online commerce and livestreaming.

The unemployment rate for cities held steady at 5.7% in July, according to official data released by the government Friday. The official jobless rate — whose accuracy is often doubted by analysts — was the same as the prior month, data from the National Bureau of Statistics showed.

During the peak of Covid-19’s impact on China’s economy, the unemployment rate hit a record high of 6.2% in February.

“Along with the recovery of the economic situation, the demand for employment is actually expanding. Some flexible jobs are increasing … and overall have played an important role in stabilizing employment,” Fu Linghui, a spokesperson at the National Bureau of Statistics, said at a press conference Friday, according to a CNBC translation of his Mandarin-language remarks.

Others in China have spoken broadly about a surge in demand for online courses, both for school-age children and adults. Chinese parents prioritize their children’s education, and being forced to try online classes for a few months could turn into a longer-term habit.

Since the coronavirus outbreak, Gao Lei said he nearly doubled his teaching staff for his three tuition centers in a less developed part of Inner Mongolia under his company, Qizhi Future Technology.

While the virus’ spread has subsided and most courses have resumed offline, Gao said he is planning to offer online classes for regional test preparation.

The courses generally pair one local teacher with an instructor from a major city such as Beijing, he said, and to offset the increased costs of hiring more teachers, Gao said he also needs to expand his marketing team.

Rapid advances in technology and new restrictions on business activity from the coronavirus pandemic require employees to learn new technical skills in order to stay competitive.

“This year is a breakout year for online education,” Austin Li, CEO of consulting firm Edge Fashion, which he says now generates about half its revenue from online courses on implementing a livestreaming and e-commerce sales strategy — up from about 20% in 2017.

“In the next few years, (I) expect it will be greater and greater,” Li said in a phone interview last month, according to a CNBC translation of his Mandarin-language remarks. His company used to primarily sell consulting and marketing strategy services, but is now seeing growth opportunities in online education. He noted that many people in the fashion industry who lost their jobs are looking for new kinds of work.

A course lasts about 7 to 10 days, Li said, and costs about $1,500 for the online version, half of what it would be offline. He said students come from Los Angeles, Vancouver, Boston and China.

Since the coronavirus pandemic forced millions of people to stay at home and limited the operations of physical stores, selling directly to consumers via live video streaming has taken off in China.

Competition is fierce. Chinese short video and streaming app Kuaishou reported on July 22 that daily active users for its livestreaming function rose 70 million from the end of 2019 to 170 million in six months.

But businesses are still hiring to tap into the trend. Chinese recruitment platform Qingtuanshe said some of the fastest-growing job openings it’s seen are those that can be done at home, such as online part-time work that include short video editing and livestream broadcasting.

A look at Qingtuanshe’s job portal, accessible through the Alipay app run by Alibaba-affiliate Ant, shows openings for 4,000-yuan-a-month (approximately $575) to livestream on Douyin, the Chinese version of the hugely popular short-form video sharing app TikTok.

Another post advertised for a job paying 5,000 yuan a month was looking for a voice-only broadcaster. Qingtuanshe said it has more than 410,000 registered merchants and has processed more than 100 million applications in half a year.

Even though the work is ultimately done online, the location of a potential employee can also factor into the hiring process for businesses.

Chris Sun, founder and CEO of ReadAbroad, which creates courses for wealth management in China, said in an interview Thursday that his company turned to a short-video strategy this year, in order to grow the customer base. He plans to add about 10 more people to his current staff of 50 to 60 people.

“The city is (also) an important consideration,” he said, noting labor costs in Chengdu, a city in southwest China, can be half or a third of what they are in Beijing.

Some third-party Chinese data estimates indicate the gross merchandise value (GMV) of goods sold in July by the top 50 livestreamers dropped by a few billion yuan from June, a month that saw major e-commerce platforms hold a major shopping festival. GMV is a commonly tracked metric measuring the total value of sales for goods and services sold on the platforms of e-commerce companies.

When asked about the reports of a drop in sales from livestreaming, Fu did not address them directly at Friday’s press conference, but said generally that livestreaming-driven sales and other new forms of selling still have a positive effect on overall sales promotion.

spokesperson for the National Bureau of Statistics

Analysts have noted that livestreams can often drive impulse purchases, which results in a higher rate of products being returned.

Other times, live-streaming hosts and influencers— known as KOLs, or “key opinion leaders” — may lack expert knowledge about the many products they are selling every day, Xin Yi Lim, executive director of sustainability and agriculture impact at Chinese e-commerce site Pinduoduo, said in a phone interview Thursday.

“Sometimes people just make these purchases because they’re endorsed by so and so,” Lim said. “On our platform, we have less of those issues because most of our merchants do that livestream themselves or hire a specialized sales person… tied to that store.”

As the world’s second-largest economy tries to navigate a world still struggling with the effects of the coronavirus, the path to growth is still challenging. The central government said at a key meeting earlier this year that jobs remain a national priority with an unemployment target rate of 6% and “over 9 million” new jobs.

That’s lower than last year’s targets of 11 million new jobs and an unemployment rate of 5.5%.

“Right now, pressure on employment still exists,” Fu from the National Bureau of Statistic said Friday. He pointed out that in July, an unspecified unemployment rate for 20- to 24-year-olds holding at least a college degree — primarily new graduates — was 3.3 percentage points higher than the same period last year.

A record high 8.74 million students in China graduated from universities this year, according to official figures.

“(Alleviating) the pressure on these key groups still must be given high priority, especially since some self-employed individuals and small and micro-sized enterprises’ production and operations still face many difficulties,” Fu said. 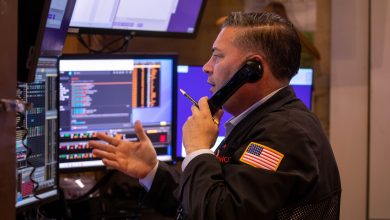 Stocks edge higher with the Nasdaq jumping to a record 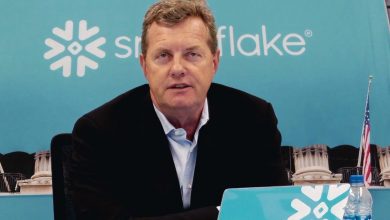 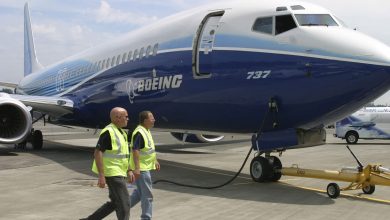 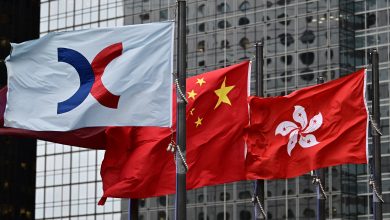 There’s a ‘huge amount of money’ returning to China in the IPO space, investor says