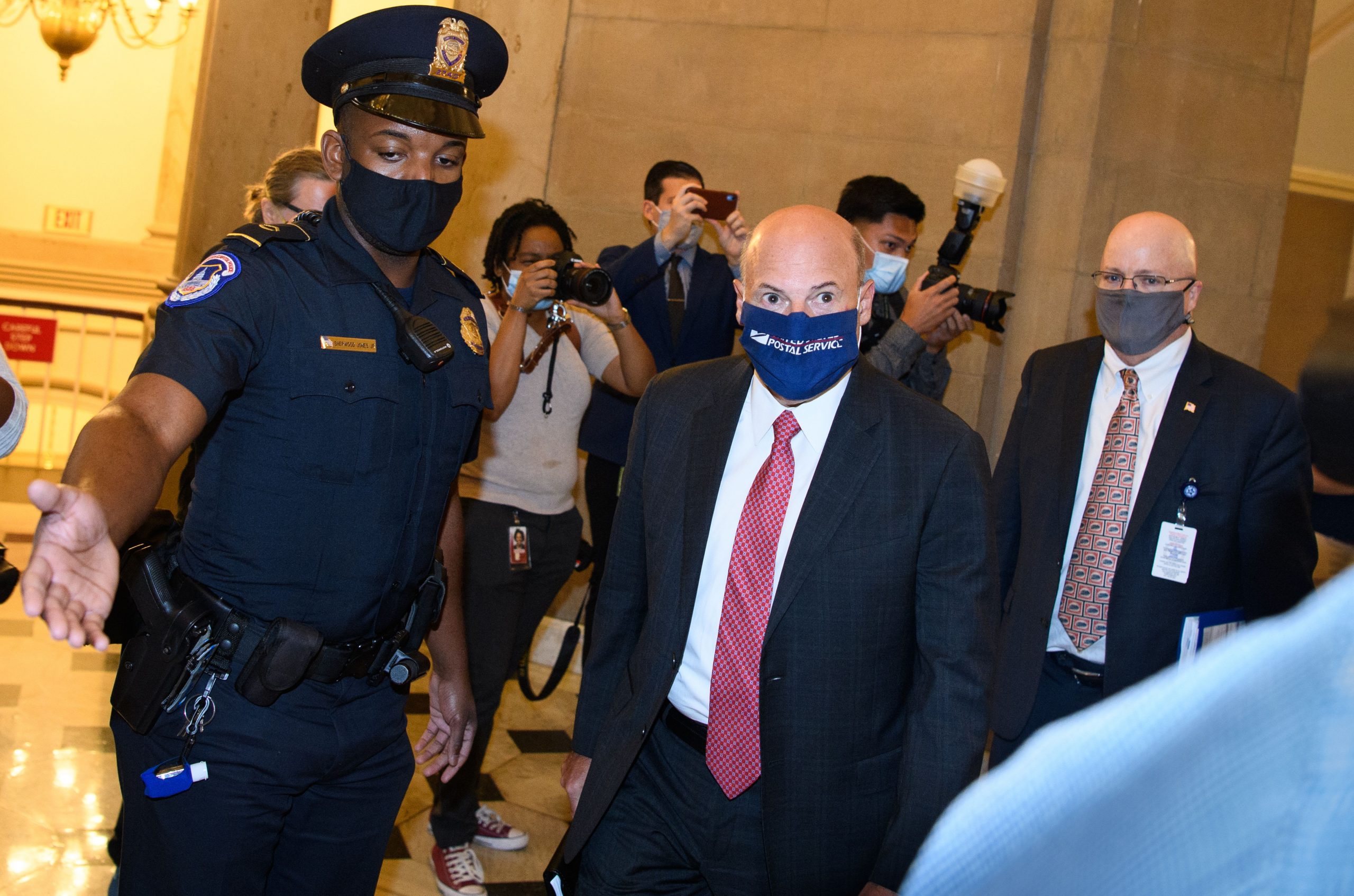 Most members of the U.S. Postal Service’s board of governors, who were responsible for selecting Louis DeJoy as postmaster general, have numerous ties to the Republican Party as well as to President Donald Trump’s associates and administration.

According to a CNBC review of public documents and disclosures, five of the six members of the board, including Chairman Robert Duncan, are linked to GOP and Trump circles through various campaign, legal and financial connections.

The White House and the USPS did not return a request for comment after CNBC laid out the details reported in this story.

The Postal Service’s leadership is under increasing scrutiny with just under three months until the general election between Trump and presumptive Democratic nominee Joe Biden. Mail-in ballots could be crucial for some voters to participate in the midst of the coronavirus pandemic. Trump himself suggested last week that he was hesitant to agree to another coronavirus relief bill because of an increase in funding for the USPS. He said it could help Democrats in the November elections with mail-in ballots.

DeJoy and Duncan are slated to head to Capitol Hill to face lawmakers. DeJoy will face the Republican-led Senate Homeland Security and Governmental Affairs Committee on Friday. On Monday, he and Duncan will testify before the Democratic-led House Oversight Committee about the cost cutting measures that may impact the election.

Sens. Elizabeth Warren, D-Mass., Bernie Sanders, I-Vt., and other leading lawmakers on the Democratic side have called on the board to push back on DeJoy’s proposals and remove him if necessary.

DeJoy himself was a prolific fundraiser for Trump and the Republican Party before he landed the top USPS job in June. The board members were all appointed by Trump.

Duncan, who is often called Mike, is listed as a director of American Crossroads, a super PAC that’s backing Trump in the 2020 election. His position is posted on the PAC’s most recent annual report, which was filed in March. The committee has spent $1.9 million backing Trump this cycle, according to the nonpartisan Center for Responsive Politics.

The PAC’s top donor in 2020 is Steve Wynn, the former Republican National Committee finance chair and previous CEO of Wynn Resorts. He resigned from both leadership posts in the wake of being accused of sexual harassment, something he has vehemently denied ever since.

Duncan, who was confirmed for his second term to the USPS board in December, is also labeled as a director of the Senate Leadership Fund, a super PAC helping Republicans defend their majority in the U.S. Senate. The director filings for the committee have yet to be updated since August 2019.  Both are run by Steven Law, the former chief of staff to Senate Majority Leader Mitch McConnell, who called Duncan a “friend,” after his latest confirmation.

Duncan and representatives for both committees did not return a request for comment.

Then there’s John Barger, a managing director at NorthernCross Partners, a Los Angeles-based private investment firm. Barger also lists himself as a director on his LinkedIn page of NanoLumens, a company that develops LED displays and headquartered in Georgia. The company received a $1 million to $2 million loan from the Paycheck Protection Program, which was implemented by Trump’s Small Business Administration.

The billions of dollars in loans administered under PPP were distributed as a stopgap for companies in need of assistance due to financial strain from the coronavirus pandemic.

Barger started as a director of NanoLumens in 2018, his page says. He was confirmed to the USPS board last year. He also lists himself as a director at WineDirect, which helps wineries send their products to customers.

William Zollars was confirmed by the Senate in June. He has extensive experience in the business community, including his two-decade tenure as an executive for trucking company YRC Worldwide. In May, Sen. Jerry Moran, R-Kan., asked Treasury Secretary Steven Mnuchin at a virtual hearing to help YRC, which the lawmaker said was struggling at the time, according to The New York Times.

In July, the Treasury announced that it planned to make a $700 million loan to YRC and that it reached an agreement with the company. In exchange for the financial assistance, the Treasury would “receive a 29.6% equity stake in the company.”

Zollars has also been on the board of Main Street Data, a company that assists those in the agricultural business. That company received a PPP loan between $150,000 and $350,000, according to the public loan list. Zollars is listed as a director  of the company on a Securities and Exchange Commission filing from December 2019.

Zollars could not be reached.

Donald Moak was confirmed to become a member of the USPS board in June. He is the co-founder of the Moak Group, a public affairs and business consulting firm.

A few years before Moak joined the USPS board, his firm turned to a legal advisor who would join the Trump White House: Stefan Passantino. Passantino, a deputy White House counsel that focused on policing ethics violations by Trump officials, started at the White House in January 2017. He departed the administration in 2018.

Moak did not return a request for comment, including an ask as to how Passantino assisted the company. Passantino declined to comment.

Roman Martinez was confirmed to the USPS board last year.

Beyond his prior work on boards of various nonprofits, Martinez had a more under-reported role two years ago, as a representative for a Florida estate owned by Damon Mezzacappa, a wealthy investment banker. Prior to his death, Mezzacappa, a former vice chairman of Lazard, contributed to both political parties, but his biggest checks, for $15,000, went to the Republican National Committee in the late 1990s, according to data from CRP. The estate is just about a five-minute drive from the president’s exclusive club, Mar-a-Lago.

After Mezzacappa passed away, the home was reportedly sold for $41 million to Thompson Dean, a managing partner at investment firm Avista Capital Partners. Since 2008, Dean has given over $330,000 to Republican causes, including over $66,000 to the RNC in 2015 before Trump captured the Republican nomination. 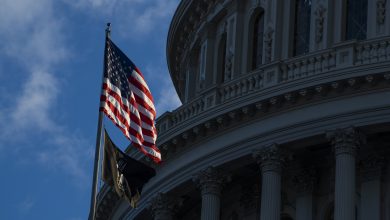 U.S. is worst among rich nations for worker benefits 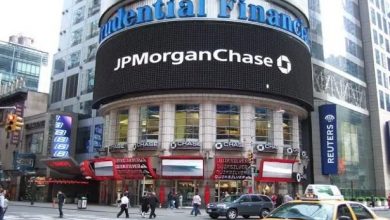 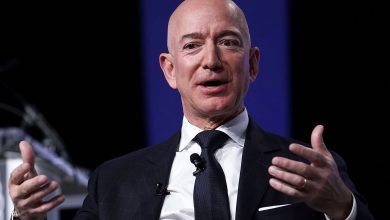 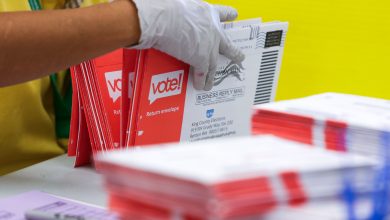