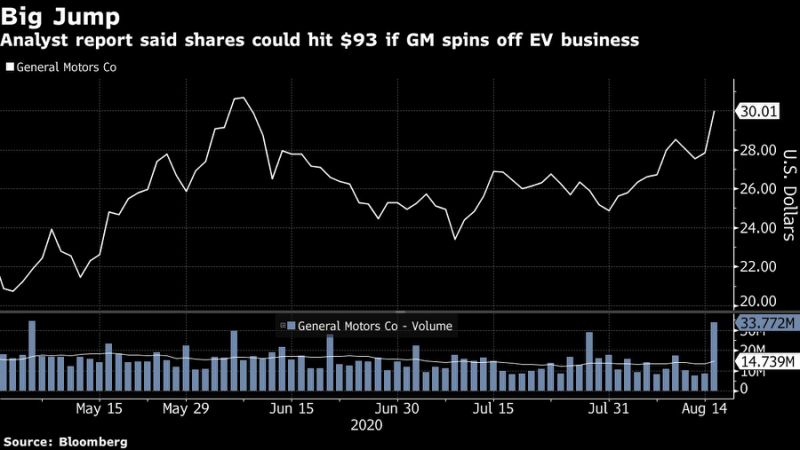 (Bloomberg) — General Motors Co. shares rose to their highest level in almost three months after a Deutsche Bank analyst speculated the automaker could spin off its electric-vehicle unit to create more value.

The stock pared a gain of as much as 10.5% in Monday trading before closing up 7.7% at $30.01 a share — the biggest one-day jump since May 18 and its highest close since June 8. That came after Deutsche Bank’s Emmanuel Rosner wrote in a report published Monday the automaker could be worth as much as $93 a share if GM spins out its electric-vehicle business.

GM has pondered such a move recently, Bloomberg reported earlier this month, reviving an idea first mulled internally two years ago. A spokesman declined to comment beyond referring to the remarks its chief executive officer, Mary Barra, made last month.

When asked about the possibility on a July 31 second-quarter earnings call, CEO Barra didn’t dismiss the idea, saying “nothing is off the table,” though the company has said nothing about preparing for it.

GM does plan to sell more than 20 EV models around 2023. That business could be spun off for $20 billion and eventually be worth as much as $100 billion, the Deutsche Bank report said. GM’s core business selling gasoline-powered sport utility vehicles and pickup trucks is generating cash but viewed as being in long-term decline and is less exciting to investors than the company’s electric-car plans, it said.

Despite the share gains Monday, the Detroit-based automaker’s stock is down 18% so far this year while all-electric rival Tesla Inc.’s value is eight times that of GM. By spinning off its EV business, GM could get the kind of momentum enjoyed by Tesla and a handful of startups that have lured capital despite their having no vehicles on the market.

Battery-powered cars have caught the imagination of investors in recent weeks, sending shares of Tesla to successive record levels and boosting the value of electric startups such as Nikola Inc., Fisker Inc. and Lordstown Motors Corp., all of which took a fast track chasing public listings after being acquired by special purpose acquisition companies.

(Updates with chart; An earlier version of this story was corrected to state shares closed at an almost three-month high) 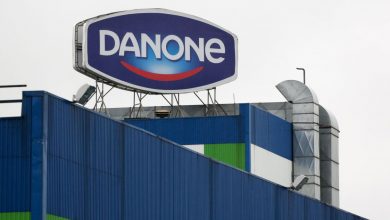 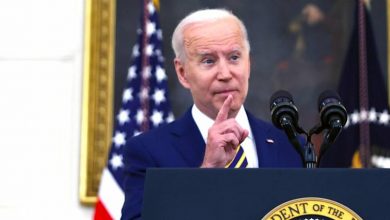 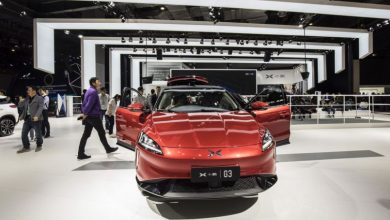 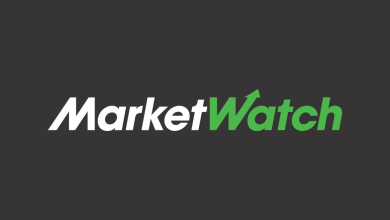