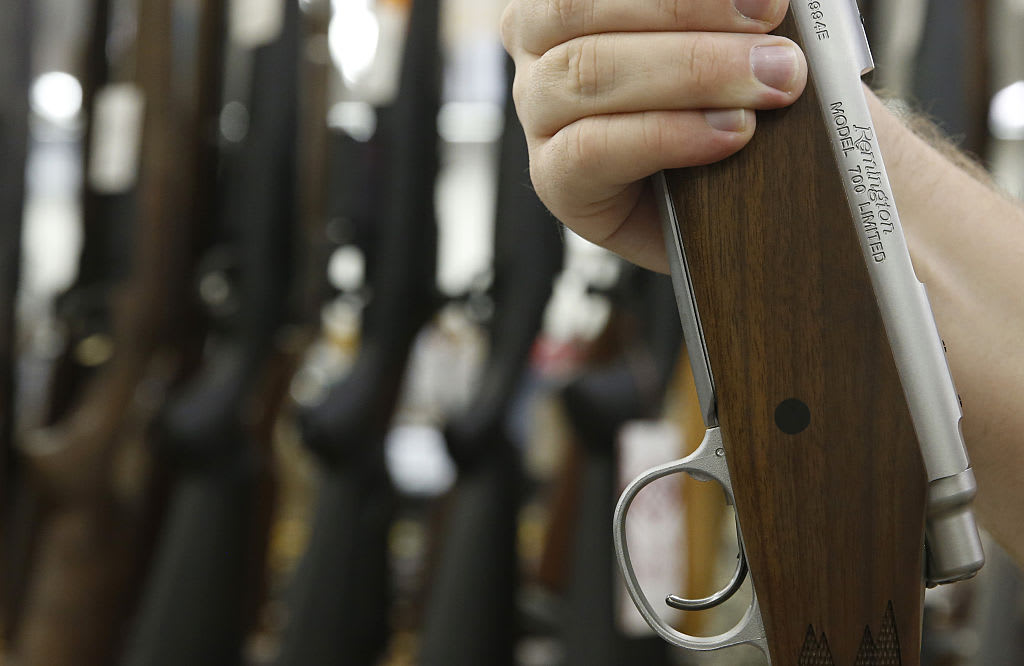 The Remington Arms Co. appears on the verge of being sold off in pieces following its second Chapter 11 bankruptcy filing in just over two years.

It is an inauspicious fate for the 204-year-old company, which bills itself as America’s oldest gun manufacturer. But civil liability claimants who helped drive the company to this point allege that Remington’s attempt to auction itself off is deliberately crafted to deny them the compensation they say they are owed.

The federal judge overseeing the bankruptcy case, Clifton R. Jessup in Decatur, Alabama, has scheduled a hearing for Tuesday on whether to approve the process, which would see Remington’s various businesses — which operate under the umbrella Remington Outdoor Co. — auctioned off as soon as Sept. 8.

Among those objecting most strenuously to the proposal are the families of nine of the 26 victims of the 2012 massacre at Sandy Hook Elementary School in Newtown, Connecticut, which was carried out by a gunman using a Remington-made Bushmaster AR-15 rifle.

The families sued Remington in 2014 alleging that the company’s marketing of the assault-style rifle led to the attack. Last year, the Supreme Court cleared the way for the suit to proceed. Remington’s proposed bankruptcy auction — which aims to sell off parts of the company “free and clear” of liabilities — is silent about the lawsuit. The families allege that is intentional.

In a court filing on Aug. 7, the families said the proposed fast-track auction would “prevent Remington from ever answering for its role in the wrongful marketing of the weapon and that marketing’s causal role in the devastating loss of life at Sandy Hook Elementary School.”

They are asking the judge to slow down the process and to give liability claimants like them a seat on the official committee of unsecured creditors, which will help steer the bankruptcy process.

Remington said it will let the court decide whether to give the families a seat on the committee, but the company said the families’ liability claims should be decided later.

“This is not the time nor the process for addressing the merits of the Sandy Hook Plaintiffs’ claims,” the company said in a court filing on Friday.

Remington attorneys did not respond to emails from CNBC seeking a comment.

The Sandy Hook lawsuit is far from the only liability case thrown into limbo by the bankruptcy filing.

CNBC has been reporting since 2010 on allegations that Remington covered up a design defect in its popular Model 700 bolt-action rifle that is said to allow the gun to fire without the trigger being pulled. Lawsuits have linked the alleged defect to dozens of deaths and hundreds of serious injuries.

Remington has steadfastly denied any defect, and the company maintains the guns are safe. In 2014, without admitting wrongdoing, the company agreed in a class action settlement to replace the trigger mechanisms on millions of guns. But that case only covered economic losses from the alleged defect. Dozens of wrongful death and personal injury cases are still pending, all of which are on hold as a result of a provision in U.S. bankruptcy law that imposes an automatic stay on claims outside the bankruptcy case. Remington’s proposed bankruptcy plan is silent on those cases as well.

“What they’re doing through this bankruptcy is they’re asking the court to circumvent our entire process of justice in this country, to let this company off the hook,” said Richard Barber, a Montana man whose 9-year old son was killed when a Remington Model 700 went off during a family hunting trip in 2000.

The Barber family and Remington settled a wrongful death claim in 2002. Since then, Barber has been a vocal critic of the company. He has amassed a trove of internal company documents and has assisted other families pursuing claims.

One such case involves the death of 16-year-old Mark Teague of Missoula, Montana, who was killed in 2015 when his Model 700 rifle went off in the family’s living room. While authorities ruled the death a suicide, the family claimed the gun fired accidentally as a result of the alleged design defect as the boy was trying to unload it. The family sued Remington and DuPont in 2018 for an unspecified amount, alleging the company knowingly sold a dangerous product.

Last year, the companies jointly moved to dismiss the case, calling the family’s allegations speculative. The case was set to go to trial in October, until Remington’s bankruptcy triggered the automatic stay of pending claims against the company. Attorney Robert Carlson, who represents Remington and DuPont, argued in a court filing last week that the bankruptcy stay should also apply to DuPont — which reported net sales of $21.5 billion in 2019 — because it would be “extraordinarily inefficient” to try a case against DuPont while the case against Remington is on hold.

For now, the judge has agreed to delay the entire case at least until December.

Remington’s second Chapter 11 bankruptcy filing since 2018 comes despite a resurgence in gun sales following the Covid-19 pandemic and the wave of protests following the death of George Floyd at the hands of Minneapolis police. In a bankruptcy court filing, the company said it, too, had experienced increased demand. But the company said it could not meet that demand, in part because it had to shut down some operations due to the pandemic and because it had “insufficient liquidity to fund raw material purchases needed to scale up production.”

The company previously filed for Chapter 11 bankruptcy protection in March 2018 citing sluggish sales and some $950 million in debt. The reorganization allowed the company to shed $775 million of its debt, emerging from bankruptcy under the control of its lenders. But the company was saddled with a glut of inventory, with sales last year roughly half of what they were in 2016.

A potential deal to sell the company to the Navajo Nation collapsed in July, which Remington said left it no choice but to file for bankruptcy and to seek the proposed auction. It is unclear how much of the company would remain intact under the plan. One option that has been floated is to separate the company’s firearms and ammunition businesses. The company is proposing to seek a so-called stalking horse bidder to help frame the auction.

Barber believes the company’s failure is a direct result of its products.

“It appears the public does not want to buy an accident waiting to happen,” he said.

“If there was ever a company that deserved the death penalty, this company epitomizes it,” he said. “I’m not proud of the fact, and I don’t revel in the fact, that they are circling the drain for the second time in two years. They brought it upon themselves.”

How Aston Martin is trying to save its iconic brand 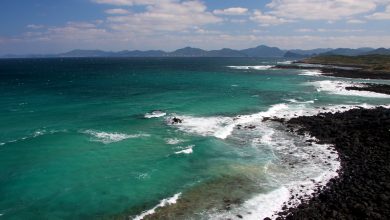 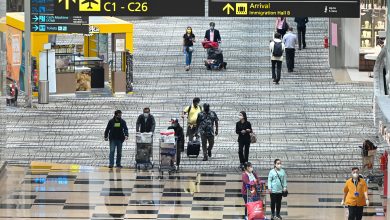 Singapore wants to allow vaccinated travelers to visit without quarantine 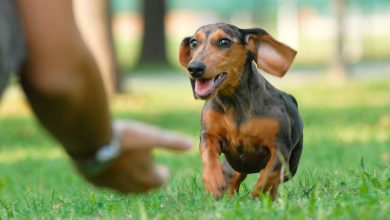