In times like these, investors can get by with a little help from the Wall Street legends. Deemed as “the man who solved the market,” Jim Simons relied on his experience as a mathematician and code-breaker to pioneer a ground-breaking investing approach, one that involved crunching data and developing predictive algorithms.

Founding one of the most formidable hedge funds on the Street, Renaissance Technologies, in 1978, Simons, who is worth approximately $23 billion, has more than earned his reputation as the best of the best. Between 1988 and 2018, Renaissance generated trading profits of over $100 billion, and its flagship fund, Medallion, boasted annual returns that bested the likes of Warren Buffett, George Soros and Ray Dalio.

“ORTX identifies the marketing strategy as to increase disease awareness and initiate diagnostic and birth screening, including no charge testing. We anticipate this commercial strategy could be applicable to its other programs in coming years,” DeGeeter commented. As part of this approach, ORTX is planning to open six sites in Germany, France, Italy, the UK and the Netherlands for commercialization. DeGeeter added, “ORTX extended a gene therapy manufacturing relationship with MolMed through June 2025. The agreement covers multiple programs, including potential commercial launch of Libmeldy.”

Looking at the market opportunity, MLD is estimated to be about a fifth of the size of the spinal muscular atrophy (SMA) market. Both diseases are severe and progressive neuromuscular conditions, and the global SMA market is expected to surpass $5 billion by 2023.

click here)&nbsp;&nbsp;” data-reactid=”25″>To this end, DeGeeter rates ORTX an Outperform (i.e. Buy) along with a $26 price target. This figure puts the upside potential at a whopping 462%. (To watch DeGeeter’s track record, click here)

The second stock on our list, Kadmon, specializes in the development of small molecules and biologics for autoimmune, inflammatory and fibrotic diseases as well as immuno-oncology. As a major upcoming regulatory filing is right on track, several Street pros are pounding the table on this name.

Simons falls into this category. Reflecting a new position for the fund, Renaissance pulled the trigger on 1,199,100 shares in Q2.

It should be noted that the FDA has accepted belumosudil under the Real-Time Oncology Review (RTOR) program, which streamlines the communication between developers and the FDA, allowing feedback on individual application modules to be received before the final submission. “Based on its clinical profile and Breakthrough Therapy Designation, we believe belumosudil has an excellent chance (85% probability of success) of securing U.S. approval,” Breidenbach explained.

Looking more closely at the available clinical data, Breidenbach points out belumosudil has already demonstrated impressive efficacy in the six-month primary analysis of the ROCKstar study, with it generating objective rates of 73% and 74% in the 200mg QD and 200mg BID dosing arms, respectively. These responses were witnessed in a heavily pre-treated patient population with a median of 3–4 priors, which is representative of a real-world steroid-resistant cGVHD population, in the analyst’s opinion.

That being said, European approval could be harder to come by. “…we do not believe ROCKstar will be adequate to secure conventional regulatory approval. However, Kadmon plans to lobby the EMA with 12-month results and matched historical control data—which could potentially open a pathway to conditional approval, supported by a randomized controlled trial. We believe a controlled study could also help spur belumosudil’s uptake in the U.S.,” Breidenbach stated.

Even though the pandemic has led to substantial enrollment delays for belumosudil’s ongoing placebo-controlled Phase 2 clinical trial in diffuse cutaneous systemic sclerosis (KD025-209), KDMN will kick off a smaller (12-15 patient) open-label trial at alternate sites in Q1 2021 to “quickly” show evidence of activity in this indication.

click here)” data-reactid=”47″>Based on all of the above, Breidenbach reiterates his bullish call and $8 price target. Should his thesis play out, a potential twelve-month gain of 84% could be in the cards. (To watch Breidenbach’s track record, click here)

See Kadmon stock analysis on TipRanks)” data-reactid=”48″>Are other analysts in agreement? They are. Only Buy ratings, 3, in fact, have been issued in the last three months. Therefore, the consensus rating is a Strong Buy. Given the $16.50 average price target, which is more aggressive than Breidenbach’s, shares could skyrocket 278% in the next year. (See Kadmon stock analysis on TipRanks) 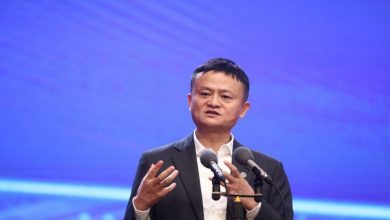 Where Is Jack Ma? Former Alibaba CEO Suspected to Be Missing for Weeks 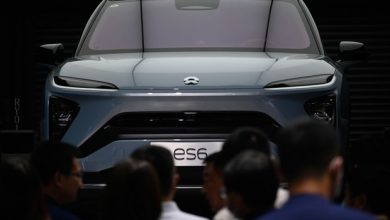 NIO Day Was A Blockbuster. Here’s What the Chinese Auto Maker Revealed. 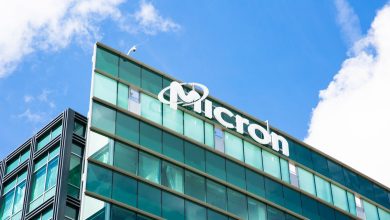 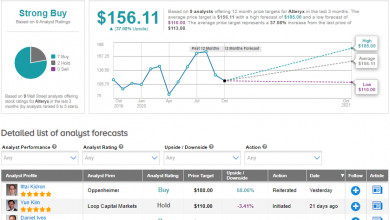