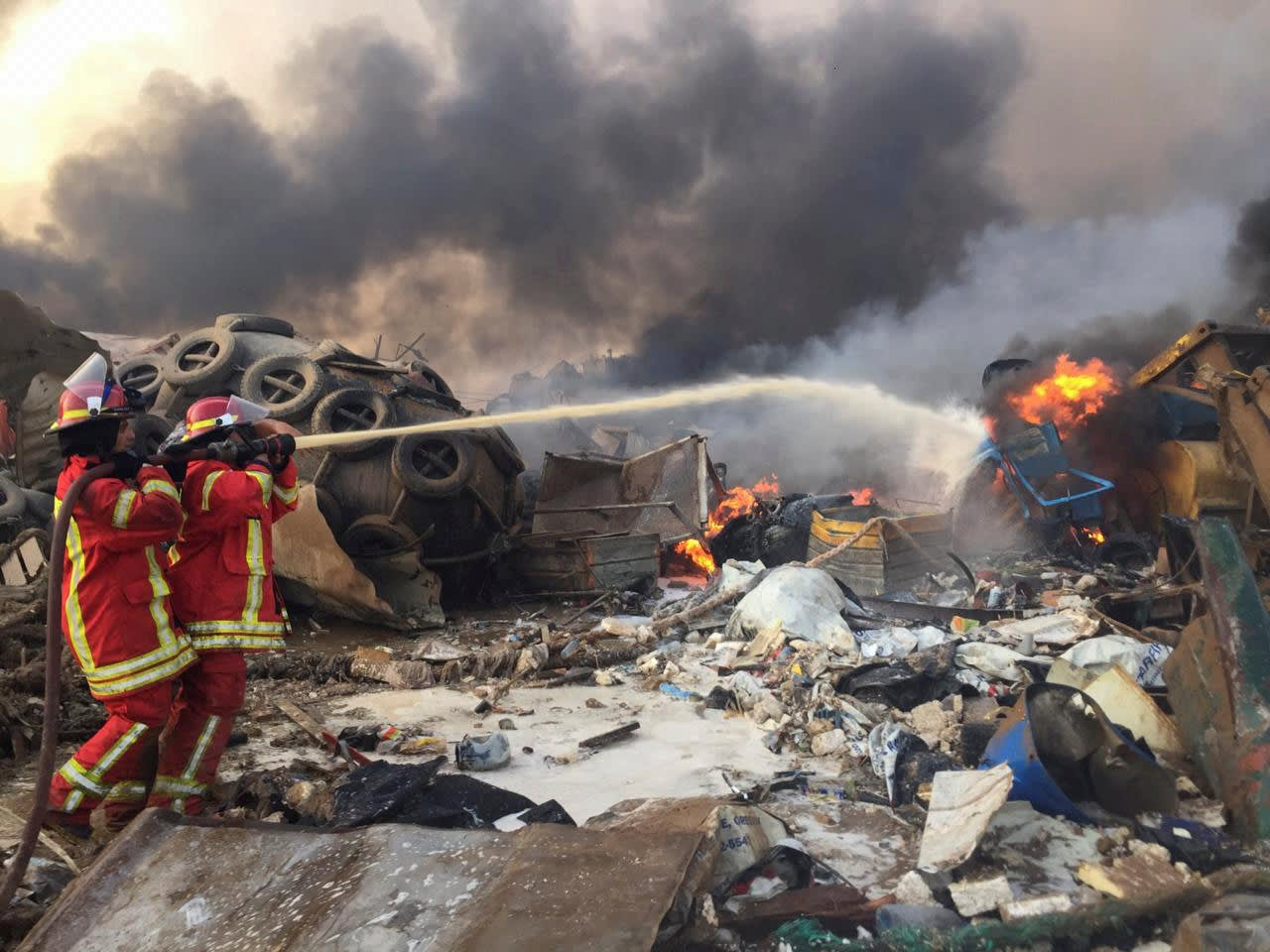 Firefighters spray water at a fire after an explosion was heard in Beirut, Lebanon August 4, 2020.

Beirut’s residents are in shock and mourning after an enormous explosion at the city’s port ripped through the Lebanese capital, injuring more than 4,000 people and killing at least 100, according to the emergency services. Hospitals are overwhelmed, with some too damaged by the blast to operate.

The explosion, which blew out windows and destroyed property for miles around, has been initially blamed on a shipment of 2,750 tons of ammonium nitrate stored in an unsecured warehouse at Beirut’s cargo port.

But the government subsequently announced an investigation to determine the exact cause of the explosion and “who was responsible” within five days.

“I will not rest until we find the person responsible for what happened, to hold him accountable and impose the most severe penalties,” Lebanese Prime Minister Hassan Diab said in the early house of Wednesday morning, adding that it was unacceptable that such a volume of the explosive chemical had been present for six years in a warehouse without any “preventive measures.” It wasn’t immediately clear what ignited the shipment of ammonium nitrate.

The chemical is commonly used as fertilizer, but is also a component in mining explosives when combined with fuel oil and detonated by an explosive charge. Ammonium nitrate can also combust, however, when met with an intense fire, which appeared to be burning in a part of the port before the explosion took place.

“I was in the car when we felt the huge blast, the airbags opened,” one Beirut resident told CNBC. “I ran away — it’s apocalyptic. There is no other word to describe it. We’re walking on glass, the entire area of Achrafieh,” he said, describing one of Beirut’s oldest residential quarters.

“Everyone I saw was bleeding from their head, their arms, everywhere. People shouting in despair… I’m still in shock.”

Yumna Fawaz, a local journalist, described the population as “shocked.” “We lost our people and our city. My entire apartment is destroyed,” she said. Another witness described “chaos,” and said that many friends were injured, with some still searching for family members.

The immediate crisis in homelessness, health, overwhelmed medical services and destroyed property and businesses on top of an already crippled economy will only accelerate government collapse, Eurasia Group analysts wrote in a note Wednesday morning.

“The government’s credibility is declining, and large elements of the public no longer believes the government is able to manage,” the consultancy wrote. “In our view this accelerates movement towards collapse of the current government. The economic crisis will also deepen as the port is the main trade valve and base for many stored goods awaiting clearance.”

“This is the last thing a country like Lebanon needs right now,” Shanahan told CNBC’s “Capital Connection” on Wednesday. “Any country would find this difficult, but with Lebanon having been in the middle of probably the worst financial crisis it’s seen … and now here is another example of slack governance — it just continues to reinforce the average Lebanese citizen’s views that they don’t have a government that can govern properly.”

The disaster hit a nation already reeling from crisis and fraught with domestic and regional political tensions. Lebanon is facing its worst economic crisis since its 1975-1990 civil war, with skyrocketing inflation and unemployment, and a currency in free fall. People’s life savings in the local currency, the pound, have seen their value wiped out. The World Bank warned in November that half of the country’s population of 6.8 million may fall below the poverty line.

And this was all before the coronavirus pandemic hit — now, locals are struggling to afford food and basic goods, with angry protesters decrying government inaction and corruption as forcing them to choose between virus infection or starvation. The country has also defaulted on its sovereign debt, and Lebanon’s debt-to-GDP of more than 150% is the third-highest in the world. A shortage of dollars in the country has led banks to restrict withdrawals, leaving people unable to access their money. Talks with the International Monetary Fund over an emergency bailout package broke down last month.

On Monday, Lebanon’s foreign minister resigned, criticizing the government’s lack of action and will to solve the country’s financial problems that risk making it a “failed state.” And the port explosion came as tensions simmered ahead of a UN tribunal verdict on Friday on the assassination of former Lebanese Prime Minister Rafik Hariri in a truck bombing in 2005.

The four suspects in the trial are all members of Hezbollah, the Iran-backed Shia paramilitary and political group widely seen as the most powerful political party in Lebanon. The suspects deny any role in Hariri’s death. Hezbollah is designated a terrorist organization by the U.S. government. 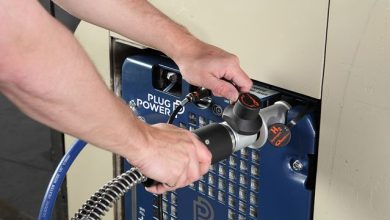 Plug Power Has ‘Top-Line Growth Potential.’ The Stock Is Rising. 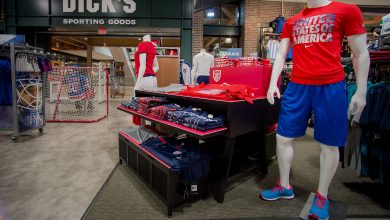 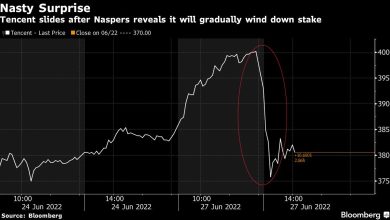 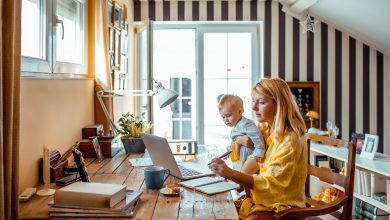 Overwhelmed by trying to stick to a budget? This strategy could help