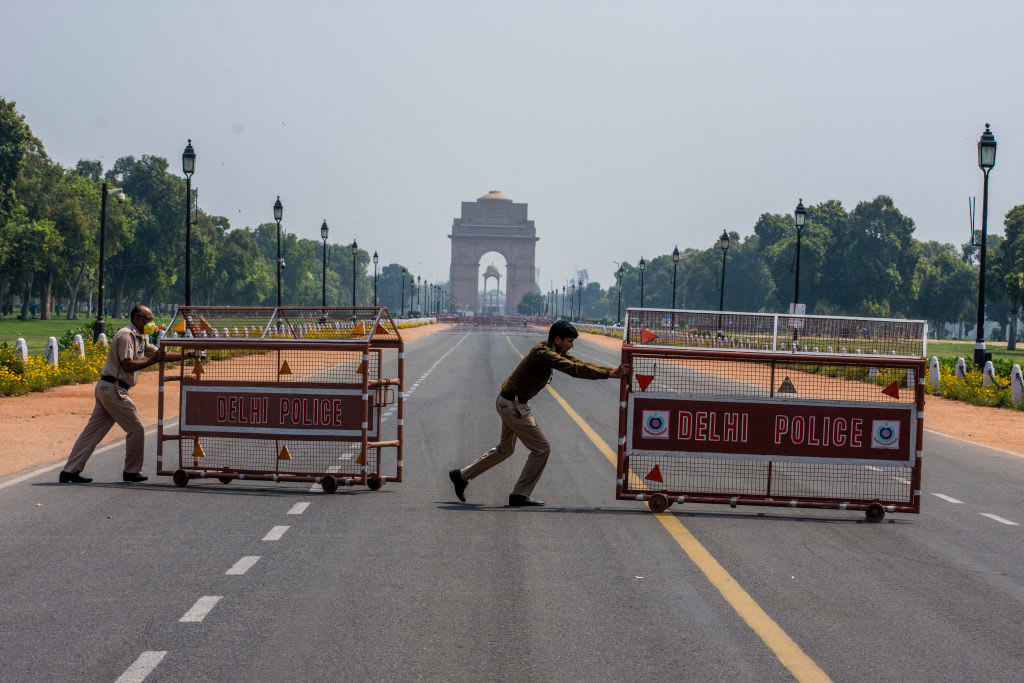 Indian policemen push barricades to place them in the center of a a road leading to historic India Gate, during a one-day nationwide Janata (civil) curfew imposed as a preventive measure against the COVID-19 on March 22, 2020 in New Delhi, India.

India’s border clash with China in June is likely to accelerate a trend where New Delhi continues to build and strengthen strategic partnerships with the United States and others to protect its national interests, experts told CNBC.

The stand-off in the Himalayas began in May and a violent June face-off killed 20 Indian soldiers, putting pressure on Prime Minister Narendra Modi’s government to respond. China did not disclose if there were casualties on its side.

Former diplomats and political commentators have said the altercation in June was a “turning point” in one of Asia’s most important bilateral relationships. For its part, New Delhi introduced measures in recent months aimed at either sidelining or banning Chinese companies from one of the world’s largest consumer markets, including restricting Chinese investments into India even before the border clash happened.

On the international front, experts said that New Delhi is aiming to strengthen its various bilateral and multilateral partnerships. That includes the important India-U.S. relationship, which is said to have progressed well in recent years, as well as New Delhi’s strategic partnership with Moscow and bilateral ties with the European Union.

Strengthening of the Quad

One of the areas in India’s efforts to shore up its external ties is the Quadrilateral Security Dialogue — an informal strategic dialogue between the United States, India, Japan and Australia, known commonly as the Quad. Language used by the U.S. State Department describes the Quad’s “collective efforts to advance a free, open, and inclusive Indo-Pacific.”

“Clearly, a major plank in external balancing is that to strengthen the unity and cohesion of the quadrilateral partnership,” Rajiv Bhatia, a distinguished fellow in the foreign policy studies program at think-tank Gateway House, told CNBC. Bhatia was also the former Indian ambassador to Myanmar and Mexico.

“Quite a few steps have been taken and I think my research shows that this cohesion would go up in the same proportion as China shows its aggressiveness towards these four countries, in particular, and the region in general,” he said.

Historically, India has always maintained a level of strategic autonomy in the way it conducted foreign policy. That meant New Delhi avoided being part of any formal alliances as it pursued its interests at an international level.

Experts argue that establishing closer ties with members of the Quad does not go against India’s strategic autonomy, and that none of the four countries involved would seek to turn the partnership into a formalized military alliance.

There has been a shift in India’s position where New Delhi doesn’t necessarily see the need to choose between strategic autonomy and strategic partnerships, according to Harsh Pant, head of the strategic studies program at the Observer Research Foundation.

“There is a growing consensus that it is building strategic partnerships that enhances India’s strategic autonomy,” he told CNBC, adding that China’s recent moves “hasn’t left much choice” for New Delhi other than to strengthen its engagement with the Quad.

I think we would see a new chapter in which India would assert itself, India would focus on increasing its economic strength, India would shore up its partnerships, and India would remain resolute militarily.

Former ambassador Bhatia explained there is little doubt that India is open to the idea of a stronger diplomatic and political partnership where the first and foremost focus is on “encouraging China to follow international law and international norms.”

There are ways to deepen cooperation within the Quad, experts said. That includes India inviting Australia to this year’s Malabar naval exercises — a trilateral naval exercise between India, the United States and Japan. Though in recent years New Delhi resisted the idea of including Canberra in the joint-exercises out of concern over provoking Beijing, Bhatia said since May, India has “traveled past the stage to worry about China’s sensitivity.”

Other ways that the Quad can strengthen its partnership include greater trade linkages, collaborating on infrastructure development and sharing of intelligence, according to Eurasia Group’s Bery.

“Other potential areas of cooperation include on cybersecurity, disaster responses and even on counterterrorism,” he said by email.

Still, China remains a large neighbor. It is one of India’s biggest trading partners and had invested prominently into Indian technology start-ups. New Delhi has no choice but to continue engaging with Beijing, experts said.

Though the cooperativeness and cordiality seen in recent years between the two nuclear-armed neighbors may not be at the same level as it had once been, according to former ambassador Bhatia.

“I think we would see a new chapter in which India would assert itself, India would focus on increasing its economic strength, India would shore up its partnerships, and India would remain resolute militarily. India is essentially ready to live in the new era when the geopolitics of Indo-Pacific has been changing rapidly,” he said. 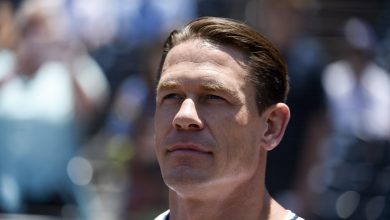 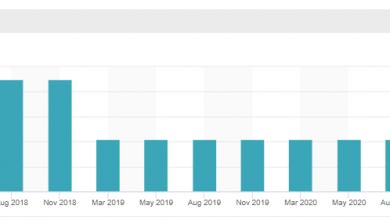 Lumen Technologies: An Undervalued Tech Giant Overlooked by the Market 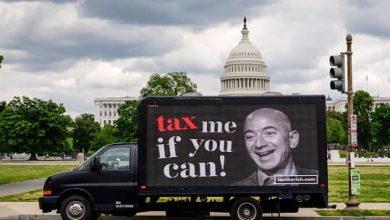 Who wants to be a billionaire? 6 in 10 Americans strive to be mega-wealthy, report finds 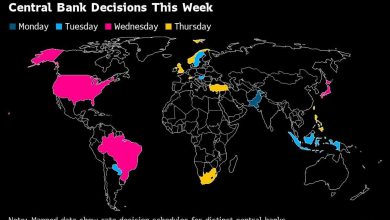 Powell Is Moving Closer to a Dial-Back in Stimulus: Eco Week