The stock market has been holding up remarkably well, but why? Against the backdrop of weak second quarter earnings results, investors are piling in on the hope that a COVID-19 vaccine is coming, there will be additional stimulus and corporate profits will bounce back.

Morgan Stanley’s chief U.S. equity strategist Mike Wilson believes the U.S. is experiencing a V-shaped recovery, noting that the current state of the market resembles other recessionary periods right before economic expansion took place. He argues that given the possibility of a “tremendous” rise in operating leverage post-pandemic, the increased efficiency will translate to higher profits.

Taking this outlook into consideration, we set out to find exciting opportunities that won’t break the bank, namely penny stocks. As these tickers trading for less than $5 per share carry risk, due diligence is essential.

Focused on improving chemotherapy, Aileron Therapeutics wants to help cancer patients fight the disease without the fear or burden of chemotherapy-induced side effects. Based on its recent encouraging data readout and $0.90 share price, this healthcare name has landed right under Wall Street’s microscope.

On June 1, ALRN announced positive interim results from the ongoing ALRN-6924 myelopreservation trial in patients with small-cell lung cancer (SCLC) being treated with topotecan. The data showed that the candidate was able to alleviate multiple adverse side effects associated with chemotherapy, including anemia, thrombocytopenia and neutropenia.

It should be noted that the sample size was relatively small. However, one aspect of the results was particularly promising. The therapy reduced the need for blood transfusions in patients treated with the lowest dose. Additionally, the rate of anemia was only 17%.

This month, ALRN will kick off the schedule optimization part of the study, which will evaluate the therapy at up to two dose levels, potentially with an expansion cohort, in up to 20 SCLC patients. Newman points out that the dosing schedule will be shortened, which could “enhance the chemoprotection effects and offer a more convenient dosing schedule for patients.” He stated, “We look forward to viewing these data in 4Q20 to see how it compares with the 24-hour ALRN-6924 dose schedule.”

click here)&nbsp;&nbsp;&nbsp;&nbsp;” data-reactid=”26″>To this end, Newman rates ALRN a Buy along with a $5 price target, which implies a potential twelve-month gain of 440% from current levels. (To watch Newman’s track record, click here)

Developing cutting-edge small molecule drugs, Rigel hopes its products will ultimately improve the lives of patients with immune and hematologic disorders, cancer and rare diseases. Recently, the company has received attention thanks to the potential of its asset in COVID-19, and with its share price at $2.43, several analysts believe that now is the time to buy.

Tavalisse has already been granted approval in both the U.S. and E.U., so it could “have an easier path for repurposing beyond the treatment of ITP patients (label) in COVID-associated lung injury.” As for what this path looks like, there will be an investigator-sponsored study (IST) at the Imperial College of London to evaluate the drug in COVID-19 pneumonia.

The IST will be a two-stage open label, controlled study, with the primary endpoint being the reduction of hospitalized patients progressing from mild-moderate to severe pneumonia. After this study concludes, RIGL may sponsor another study to advance the program.

Adding to the good news, the Broad Institute of MIT and Harvard tested FDA-approved agents’ ability to reduce mucin-1 (MUC-1), which is also a marker in ALI and ARDS, and Tavalisse was the only compound that cut MUC-1. This reflects an additional repurposing opportunity, in Pantginis’ opinion.

According to Pantginis, both the IST and MIT/Harvard data showcase the “rapid visibility out of management regarding the potential repurposing of Tavalisse into the COVID-19 fray, which could have positive incremental benefit on the drug’s commercial traction.”

If that wasn’t enough, the company announced its partner, Grifols, launched Tavlesse (marketed in the U.S. as Tavalisse) in Germany and the U.K. “As per prior management comments, the progressive expansion to other European countries could be possibly guided by the impact of COVID-19 as different regions are handling the pandemic differently and some are expected to resume clinical activities more quickly than others,” Pantginis said.

click here)&nbsp;&nbsp;” data-reactid=”48″>It’s clear why Pantginis continues to take a bullish stance. To this end, he kept his Buy rating and $8 price target as is. What does this mean for investors? Upside potential of 232% is on the table. (To watch Pantginis’ track record, click here)

Rounding out our list is Curis, which develops therapies for patients battling cancer. With several potential catalysts on the horizon and a share price of only $1.19, some analysts think investors have a unique opportunity on their hands.

Looking at the CA-4948 (IRAK-4 inhibitor) program, a study evaluating the asset in AML and high-risk MDS patients was kicked off after a KOL presentation at ASH suggested IRAK4- L may be the driver mutation in AML/MDS patients. Data is slated for release in Q4 2020.

Citing data released in 2019, Young points out that CA-4948 already demonstrated tumor reduction. “Although there were no confirmed responses, we think that the discovery of the oncogenic long-form of IRAK4 in roughly half AML and MDS patients by Amit Verma (presented at ASH’19) could better inform future trials… They are starting this study at 200mg, which seems from the Phase 1 to be the minimally effective dose, suggesting that we could get to efficacy data relatively quickly,” she commented.

Additionally, CRIS will study the therapy along with a BTK inhibitor. “Over the next 12 months, we will get updated safety and efficacy data from CA-4948’s NHL trial and learn about the RP2D in Q3, which is very important to inform on the dose used in the Phase 2 BTK combination trial,” Young noted.

When it comes to the second program, Young believes it “is interesting optionality to the Curis story.” The company licensed the candidate from ImmuNext in January and its IND was accepted by the FDA, so it can progress to a Phase 1 study. “We think even positive safety findings could be a positive catalyst for the stock as the key question remains whether the company can get to the therapeutic dosing levels safely. We will likely start to get early data in late 2020, but we expect 8993 may become a much bigger focus in 2021 if escalation toward efficacious ranges is successful. We are intrigued by the idea of another potential checkpoint that hasn’t gotten a lot of attention,” she mentioned.

All of this prompted Young to state, “At ~$60 million market cap, we think the market gives almost no credit to either program. We think any positive data will drive positive momentum in the shares.”

click here)&nbsp;&nbsp;” data-reactid=”66″>Everything that CRIS has going for it convinced Young to join the bulls. In addition to initiating coverage with an Overweight rating, the analyst set a $4 price target. This target suggests shares could skyrocket 220% in the year ahead. (To watch Young’s track record, click here)

See Curis stock analysis on TipRanks)” data-reactid=”67″>Judging by the consensus breakdown, other analysts also like what they’re seeing. 3 Buys and zero Holds or Sells add up to a unanimous Strong Buy consensus rating. The $5 average price target is more aggressive than Young’s and puts the upside potential at 296%. (See Curis stock analysis on TipRanks) 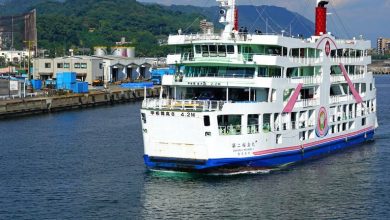 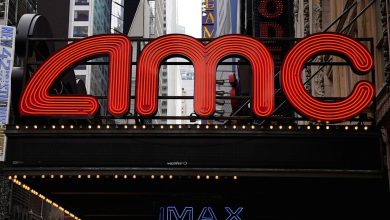 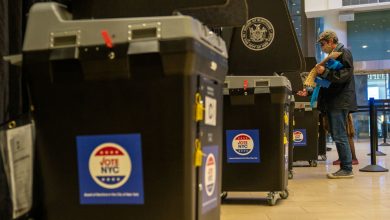 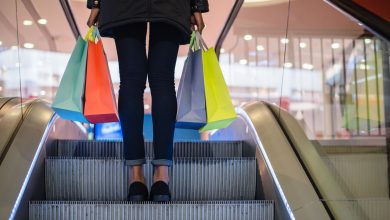