But how do you choose among the Nasdaq stocks to buy? One possibility is to look at an index or ETF with a Nasdaq focus and pull stocks from there.

In this case, I think it’s best to find a stock screener to speed up the selection process. Using Finviz.com, I’ve picked several Nasdaq stocks to buy, each of them with a market cap of $2 billion or more and representing different non-technology sectors.

Here are 10 Nasdaq stocks to buy and hold for the long haul:

Looking at the big picture, I’m sure these picks will do just fine.

It’s been a while since I’ve written about WD-40, the company responsible for keeping door hinges squeak-less.

Surprisingly, despite the novel coronavirus, WDFC stock has a year to date total return of 5.3% through August 12. Over the long haul, it’s delivered 10-year annualized total returns of 19.9%, almost 600 basis points better than the wider U.S. markets as a whole.

recall 130,000 bottles of its X-14 Mildew Stain Remover from store shelves due to possible skin irritation. On the surface, this might seem like bad news for the company. However, given that WD-40 is often considered a one-trick pony, this incident suggests the company has been able to move beyond its legacy brand.

10 brands beyond WD-40 in its stable, including Lava, a heavy-duty hand cleaner;  2000 Flushes, a toilet bowl cleaner that keeps the bowl clean for up to four months; and of course, its X-14 bathroom cleaner.

Generating steady revenue and earnings growth, the company’s products will always remain in demand. You won’t hit a home run with WDFC, but you’ll do a lot better than most.

Needham analyst Laura Martin has a “buy” rating on video game publisher EA stock. On August 11, the analyst raised her target price by $15 to $165. Based on current prices, the potential upside over the next 12 months is 18%.

record-high playing times. Martin believes that post-Covid, playing times will remain higher than before the pandemic.

Why is this important? As long as shelter at home orders remain in place, people will play more. That usually results in them spending more in-game, which should be good for fiscal year 2021 results.

voted against executive compensation plans that would have seen some senior managers’ compensation increase by more than 100%.

Chief Executive Officer Andrew Wilson was expected to receive a 17% raise of his annual compensation to $21.4 million. That’s now up in the air.

However, the occasional reminder that executives have to earn their lavish pay isn’t a bad thing. Hopefully, they will heed the concerns of shareholders and divvy up the profits to more of the rank-and-file employees.

That said, I don’t think you can go wrong with video games. Long-term, EA stock will deliver.

View photos
the lululemon (LULU) logo on a mosaic-style wall

By company standards, Lululemon is having a bad year in the markets, only up 49.1%. That’s well down from its three-year annualized total return of 79.5%, but you shouldn’t despair. This shining star of consumer discretionary stocks has plenty of gas left in the tank.

$500 million to acquire Mirror, a service that allows people to take a workout class in the privacy of their own home.

$340 million in free cash flow and $40 million in net cash in the trailing 12 months, LULU has plenty of resources to deliver the goods.

It’s a must-own in your portfolio of Nasdaq stocks.

View photos
a smiling dog on a leash

As a pet owner, I’ve experienced the company’s pet food first hand. It’s excellent. We had a geriatric cat that lived longer than expected on a diet of their food.

As long as innovation means something, the holding company for Silicon Valley Bank will always be at the top of my list of investable U.S. banks, of any size.

Banks have generally fared miserably in 2020. Regional banks, of which SIVB Financial is a part, have a YTD total return of -32.3%. Yet SIVB stock is up 0.8% on the year.

SIVB is a quality bank with a strong focus on lending for innovators and entrepreneurs. As far as I’m concerned, that sets it apart from most banks in this country.

If we’re talking about the five best bank stocks to buy for the next five years, SIVB has to be at the top of your list. It’s the one bank stock Warren Buffett doesn’t own but should.

The maker of da Vinci robotic surgical systems is having a decent, though not spectacular, year in the markets, up 15.6%. However, on a positive note, as I write this, it is trading within $21 of its all-time high of $704.

high-profile stock splits in recent weeks. I wouldn’t be surprised if ISRG went the same way at some point soon.

Intuitive’s stock caught fire in July, gaining 20%. There are two reasons for the gains.

However, it should also be noted that regulators aren’t going to go easy on any companies looking to enter the robotic surgical field, including J&J. Net-net, this means the barriers to entry are high, protecting Intuitive’s leading position.

dropped by 22% to $852 million in the second quarter — to be expected during Covid-19 — they were much higher than the analysts’ average estimate of $665 million.

On the bottom line, consensus expectation was 63 cents. ISRG delivered $1.11. Once the world gets back to normal, Intuitive’s earnings are going to increase exponentially.

“We cannot yet see the end of the COVID-19 pandemic,” Chief Financial Officer, Gary Guthart, stated during the Q2 2020 conference call. “When the lessons from this event are absorbed, I believe high-quality, minimally invasive care will be more important to the future, not less so.”

View photos
A person cooks something in a smoking wok

brands include Southbend, Toastmaster, Turbochef, Viking, Aga and many more, could do no wrong.

growing its business. Bassoul finally retired in February 2019 after 18 years at the helm. Replaced by Tim Fitzgerald, who had been Bassoul’s right-hand person as the chief financial officer for all but two of those years, MIDD stock hasn’t performed nearly as well since then, down 16% over 18 months.

38% decline in second-quarter sales on August 5. On the bottom line, its adjusted earnings were $111.2 million in the second quarter, 40% lower than a year earlier.

However, a big positive is that through the first six months of 2020, Middleby’s free cash flow has grown 89% to $151.4 million. As a result, it’s generating record free cash flow, yet its enterprise value is lower than it’s been in years.

Of all the stocks on this list, Middleby is the value play of the bunch.

View photos
the interior of a crowded shopping mall

Brookfield’s total return YTD is -29.9%. If you follow the stock, you know why it’s down so much. The company owns office, retail, hospitality, mixed-use, multifamily and other types of real estate in the U.S., Canada and elsewhere.

152 million square feet of space. As investors know, brick-and-mortar retail has been crippled by Covid-19.

34% of its obliged rent. As a result of all the financial disruption, the company announced a second-quarter loss of $1.5 billion, way down from a profit of $23 million a year earlier.

On a positive note, its funds from operations in the quarter were $178 million. While down from $362 million a year earlier, they were still positive. A lot of this had to do with the fact that it was still collecting rents for most of its office space during the quarter.

View photos
Solar energy panels are arranged in a green field under a sunny sky.

1,551 megawatts of renewable energy, 343MW of natural gas-powered energy, 1,166 miles of electric transmission lines and assorted water-related assets. Renewable energy accounts for 69% of its revenue, with the rest coming from other operations.

The company gets 100% of its revenue from contracted or regulated power agreements. The average contract is 18 years, providing long-term stable cash flows for shareholders. At the end of 2019, it had $4.9 billion in long-term debt. By 2023, it plans to have cut that to $3.7 billion.

Most importantly, it has been largely unaffected by Covid-19. Not many companies can say that. With a dividend that’s currently yielding 5.6%, investors can get paid to wait while the company grows its sustainable infrastructure platform.

Long-term, you’ll be pleasantly surprised by this investment.

I’m not a fan of oil and gas companies, but I said I’d pick one stock from 10 different sectors (excluding technology), so Diamondback Energy is the winner here.

What makes FANG stock attractive? Well for starters, it’s cheap, down 50.8% YTD, including dividends. That’s right: it started the year nearing $100; now it’s half that.

Of course, when you announce second-quarter results including both a $2.5 billion impairment charge and a $2.4 billion loss, it’s not hard to understand why the stock is down.

“Diamondback is expected to generate significant free cash flow in the second half of 2020 and in 2021 at current forward commodity prices. Under a maintenance capital scenario next year, should that become the base case operating plan, Diamondback can hold expected fourth quarter 2020 oil production flat while spending 25% – 35% less than 2020’s capital budget, including lower midstream and infrastructure budgets,” CEO Travis Stice said in the company’s Q2 2020 press release.

If you’re going to take a flyer on an oil and gas company, Diamondback seems like a much better play than some of the big integrated energy companies. 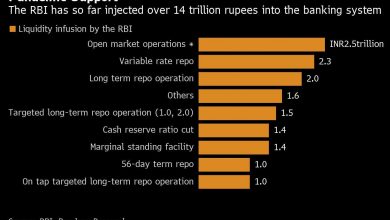 Central Banks Running Out of Options as Recovery Falters in Asia 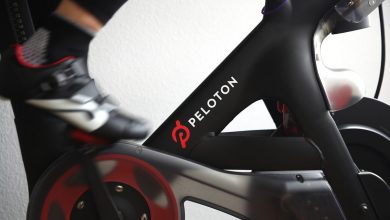 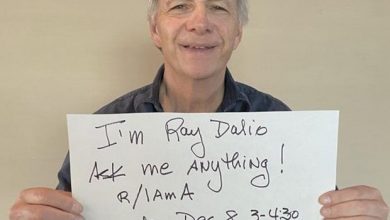 A ‘flood of money’ should keep this bull market alive, even with the U.S. at a ‘tipping point,’ billionaire investor says 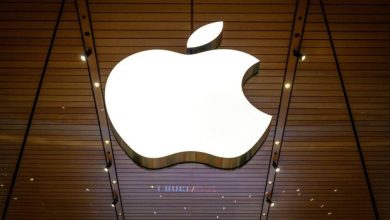