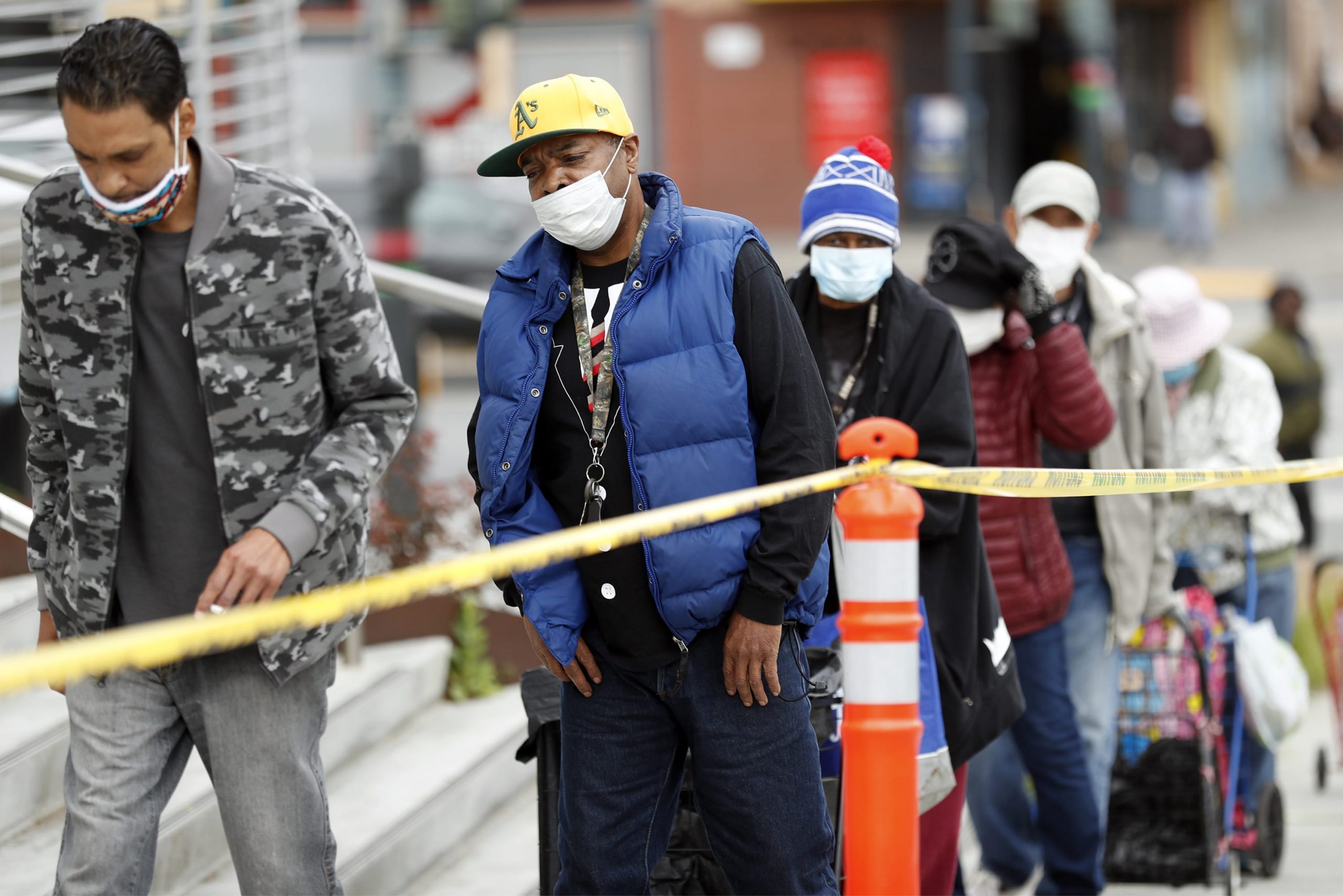 Economic activity at the state level plunged in the first three months of 2020, according to the U.S. Commerce Department, as the Covid-19 pandemic brought the national economy to a standstill.

In New York and Nevada, where the coronavirus was raging by March, state Gross Domestic Product plunged 8.2% for the quarter, compared to the national drop of 5%. Other big drops included Michigan at 6.8% and Louisiana at 6.2%. Indeed, no state economy grew during the quarter. The smallest drop was Nebraska at 1.3%.

The Commerce Department said the accommodations and food service industry declined 26.8% nationwide during the quarter, accounting for much of the drop in Nevada. In New York, finance and insurance was the biggest contributor to the state’s decline.

The report shows just how sudden and widespread the effects of the pandemic-related shutdowns were, but it also reflects the huge drop in energy markets due to falling demand and an oil price war between Saudi Arabia and Russia. Energy-producing states were hard hit, with Texas falling to a 2.5% decline in GDP for the quarter, compared to a 4.4% increase in 2019.

The report is the latest sign of an unprecedented fiscal crisis gripping virtually every state and threatening basic services including education, health care and public safety. And three months into the crisis, there is nothing even close to a consensus on what to do about it.

The federal CARES Act, passed in March, established the $150 billion Coronavirus Relief Fund to help states and municipalities deal with the pandemic, and the Federal Reserve established a program in April to purchase up to $500 billion in short-term state and municipal debt. But experts say the programs are not nearly enough to get states out of their deep fiscal hole.

“States are facing significant increased spending demands, sharp revenue declines, and all states are facing budget gaps and shortfalls,” said Brian Sigritz, director of State Fiscal Studies at the National Association of State Budget Officers, in an interview with CNBC.

New York City Fire Department (FDNY) EMT’s arrive with a patient at St. John’s Episcopal Hospital, during the outbreak of the coronavirus disease (COVID-19), in the Far Rockaway section of Queens in New York City, May 20, 2020.

The U.S. House of Representatives approved an additional $1 trillion in aid to state and local governments as part of a new, $3 trillion coronavirus relief package passed in May. But Senate Majority Leader Mitch McConnell — who has been noted as saying he favors changing federal law to allow states to declare bankruptcy — refused to take up the package before the Senate left for its July 4 recess. Discussions are scheduled to resume when the Senate returns later this month. At a White House press briefing on Thursday, Treasury Secretary Steven Mnuchin said the administration is considering what level of aid to state and local governments should be included in the package.

“Some states are projecting revenue declines of up to 20% between now and the end of fiscal 2021,” Sigritz said. “In comparison, during the Great Recession, state revenues declined 11%.”

And because every state except Vermont has a constitutional or statutory requirement to balance its budget, something has to give.

To close a resulting budget gap estimated to be as much as $2.5 billion in fiscal 2021, legislators already have agreed to drain the state’s $1 billion rainy day fund and to cut some retirement benefits. But tougher choices lie ahead, with cuts under consideration in health care and education. The University of Hawaii is bracing for budget cuts of as much as 18% next year.

In California, which had a $6 billion budget surplus in January that turned into a $54.3 billion deficit as a result of the pandemic, Gov. Gavin Newsom last week signed a fiscal 2021 budget balanced by massive cuts, including $2.8 billion in state worker salaries and $1.7 billion in state support for higher education. The budget also temporarily raises some state taxes, which is particularly painful in a recession.

In New York, which Gov. Andrew Cuomo says is facing a $61 billion budget hole, the state has at least temporarily held back billions of dollars in aid to 12 cities that was approved in the state budget in April. That left those cities — which began their fiscal year on July 1 — with the task of cutting their spending by 20% to cover the shortfall in state aid.

New York City alone faces a $9 billion budget hole as a result of the pandemic, with Mayor Bill de Blasio cutting $1 billion from the police budget and warning of as many as 22,000 municipal layoffs.

Nationwide, state and local governments have shed nearly 1.5 million jobs from the start of the pandemic in March through June, according to the U.S. Bureau of Labor Statistics.

Caught in an economic tsunami

But Sigritz said even the healthiest states’ rainy day funds are no match for the Covid tsunami.

Dana assembly technician Brandon Green wears a face mask as he works to assemble axles for automakers, as the auto industry begins reopening amid the coronavirus disease (COVID-19) outbreak, at the Dana plant in Toledo, Ohio, May 18, 2020.

Nowhere is that more apparent than in Wyoming, which entered the pandemic with the deepest budget reserves of any state — enough to cover the entire state operating budget for more than a year, according to the Pew Charitable Trusts. Now the state is seeking to cover a revenue shortfall of nearly 20% in the fiscal 2020–21 biennium, according to state forecasters.

Wyoming is one a handful of states dealing not just with the costs of the pandemic but also with plunging energy prices due to falling demand and a global oil price war led by Saudi Arabia and Russia. As a result, New Mexico could face as much as a 30% decline in revenues this fiscal year, according to the Center on Budget and Policy Priorities.

In Alaska, which relies on oil and natural gas production taxes and royalties for two-thirds of state revenues, state forecasters say that income from those sources fell by 50% in fiscal 2020, with further reductions expected this fiscal year.

Deteriorating state balance sheets have caught the eyes of credit rating agencies, in a sector that has historically been considered safe for fixed income investors.

In May, Moody’s Investors Service lowered its outlook for the U.S. State sector to Negative from Stable for the first time since the 2008 financial crisis.

“States themselves have strong powers to make budgetary adjustments through cuts, revenue increases and shifting costs to lower levels of government, but the historic crisis will substantially test the options,” the agency wrote.

So far, no state has seen its credit rating downgraded — which could increase borrowing costs at the worst possible time. But experts worry that the state crisis is still in its early stages. Sigritz of the National Association of State Budget Officers notes that states are typically among the slowest to recover from a downturn. In fact, they had only recently recovered from the Great Recession when the pandemic hit.

“It took all the way to fiscal 2019 for state revenues to get back to pre-recession levels, if you adjust for inflation,” he said. “So it took until 2019 to get back to 2008 levels, inflation adjusted. So this time around we’re expecting states to be facing fiscal challenges in 2020, 2021, 2022 and beyond.” 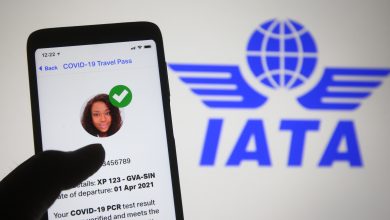 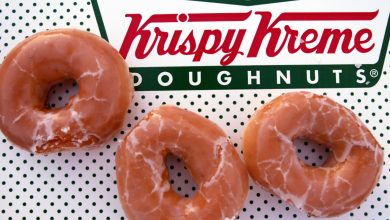 Free Krispy Kreme doughnuts, cash and even marijuana — businesses pile on the perks for getting vaccinated 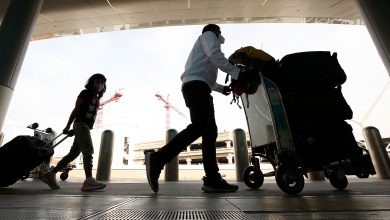 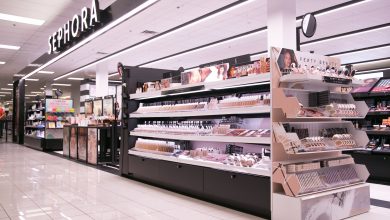 The first batch of Sephora shops opened inside Kohl’s. Here’s what to expect and where they’ll be next