The entity was created after the seller’s real estate agent balked at selling to an anonymous buyer, the agent told CNBC.

“I assumed it was a famous actress” who bought the secluded property, the seller’s agent said in a phone interview.

The agent spoke within hours of learning from another real estate agent that the British socialite Maxwell was busted by the FBI at the 156-acre property in Bradford, N.H., at around 8:30 a.m. ET.

“Never met her, never saw her,” said the agent, who requested anonymity because she did not want her name associated with the Epstein case.

Authorities said Thursday that Maxwell was caught at a 156-acre property in that town, which lists just one lot of that size in land records at East Washington Road.

“The defendant appears to have been hiding on a 156-acre property acquired in an  all-cash purchase in December 2019 (through a carefully anonymized LLC) in Bradford, New Hampshire, an area to which she has no other known connections,” said a court filing by Manhattan federal prosecutors. An LLC is a limited liability corporation.

The property was featured by WMUR-9 in May 2019 in an article titled “Mansion Monday: Peace, quiet and breathtaking views in Bradford,” which says: “this custom-built timber frame home in Bradford is one where you can truly get away from it all.”

The main residence has “four bedrooms, three full bathrooms and one half-bath,” according to WMUR, which called the home “an amazing retreat for the nature lover who also wants total privacy.”

“From every room, there are views of the Mt. Sunapee foothills to the west,” the article said.

Maxwell, 58, is due to appear in New Hampshire federal court on Thursday to begin facing charges of conspiring with the now-dead Epstein in the mid-1990s to sexually abuse underage girls, as well as on two counts of perjury.

The daughter of the crooked media mogul Robert Maxwell is accused of helping Epstein recruit and groom girls as young as 14 to satisfy his sexual obsessions, and of participating in the alleged abuse at times herself.

The charges were filed in Manhattan federal court by the same prosecutors’ office that had had Epstein arrested last July on child sex trafficking charges related to alleged conduct from 2002 through 2005.

Epstein, a wealthy investor who was a former friend of Prince Andrew and of Presidents Donald Trump and Bill Clinton hanged himself in a Manhattan federal jail last August after being denied bail.

The property where the FBI said Maxwell “slithered” to as she was under investigation in connection with Epstein was until late last year owned by a lawyer.

The lawyer’s real estate agent said the property features an “absolutely gorgeous home. It had a main house and a guest house.”

When it went on sale, the agent was contacted by representatives of a would-be buyer, who wanted to purchase the residence and land without disclosing their identity.

“At first they didn’t want to tell me their names,” the agent said of the buyer’s representatives, who wanted to use a “totally fictitious name” for the purchaser on sales records.

When the agent objected to selling to an anonymous person, a legal entity was created by the buyer, the agent said.

“We checked out that it was a legal entity,” said the agent, adding that it is not uncommon for purchases to be either trusts or limited liability corporations created for that purpose.

The agent also noted that the buyer “wanted a quick closing.”

At the closing of the sale, the buyer did not appear, but had a representative handle the transaction, according to the agent, who assumed that representative was a lawyer.

Prosecutors formally asked a judge Thursday to keep Maxwell locked up without bail.

Maxwell is an “extreme flight risk,” who faces the prospect of serving “many years in prison,” prosecutors said in a motion filed in advance of her appearance in New Hampshire federal court.

They also noted that she has extensive international connections, citizenship in two foreign countries, three passports and large sums of money, prosecutors wrote in court filing. 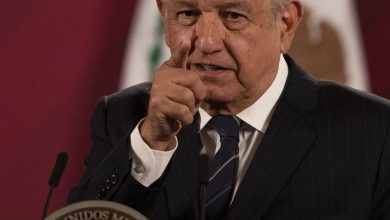 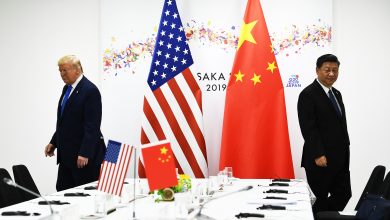