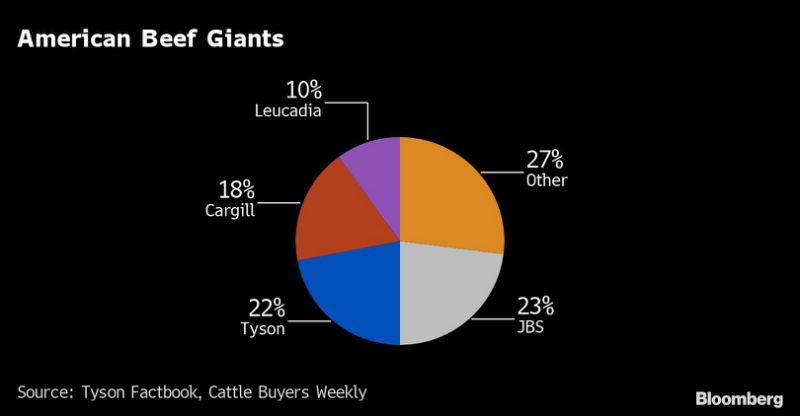 (Bloomberg) — The Trump administration is launching what could turn out to be the biggest attack in a century against the giants of America’s meat industry, which already faced uproar over employee treatment during the pandemic.

The Justice Department is bringing criminal charges in the poultry industry just as it opens a formal probe of beef companies. Regulators are also scrutinizing potential price manipulation, and on Capitol Hill, lawmakers are clamoring for a crackdown.

The threat from Washington is casting further spotlight on the industry after coronavirus outbreaks saw thousands of workers get sick, forcing plants to shutter. President Donald Trump in early May said he’d have the Justice Department look into beef prices, which more than doubled in about a month.

The timing of the moves is interesting given that farmers have long complained about the dominance of just a handful of companies in beef and poultry markets, but antitrust enforcers haven’t before taken significant action against the companies. The heightened scrutiny comes less than five months ahead of November’s presidential election. Action by either the Justice Department or the Department of Agriculture could shore up U.S. farmers, a key Trump constituency that’s been battered by his trade war with China.

“The market’s been broken for a long time, and the pandemic has just made it worse. Meatpackers are making record profits, and the ranchers are going out of business,” said Ben Gotschall, the interim executive director for the Organization for Competitive Markets, an advocacy group that opposes consolidation in agriculture. “Whatever Trump’s motivation might be, if he does the right thing you have to take it. I hope it’s more than just lip service.”

At issue is whether meat behemoths are thwarting competition in violation of antitrust laws. Prosecutors at the Justice Department this month said executives at two chicken producers, including the second biggest in the U.S. — Pilgrim’s Pride Corp. — illegally conspired to fix prices, and they hinted at additional charges in the industry.

The department is also setting its sights on beef companies in a separate antitrust investigation, issuing subpoenas to the four biggest producers — Tyson Foods Inc., JBS SA, Cargill Inc. and National Beef Inc. They control more than two-thirds of all U.S. beef processing.

The power of the meatpackers today echoes the early 20th century when the industry was dominated by a handful of companies known as the “beef trust.” A report by the Federal Trade Commission in 1919 found the five biggest companies, controlling about 82% of cattle slaughter, monopolized the market and crushed competition. The findings helped lead to an antitrust settlement against the industry in 1920 aimed at protecting competition.

If the Justice Department finds evidence in its current investigation that meatpackers are violating the antitrust laws, it can sue the companies to stop the conduct or negotiate a settlement like it did in its probe a century ago, when the companies agreed to restrictions such as not owning stockyards or retail meat businesses. The investigation could also be closed without action, which the department did earlier this year when it abandoned a probe into automakers over an emissions agreement with California.

Criminal investigations like the one involving chicken processors carry higher stakes — executives can go to jail and companies can be criminally fined.

Meat company shares have underperformed in the wake of the probes and the scrutiny of the industry. Since March 31, Tyson’s stock is up a little more than 5%, while Pilgrim’s Pride slid about 2%. Sao Paulo-based JBS rose about 7% in Brazilian trading. The S&P 500 Index has jumped about 17% this quarter.

Tyson, America’s top meat producer, said it’s cooperating in the chicken price-fixing probe with the Justice Department’s antitrust division through its leniency program, which allows companies that report misconduct to avoid charges in exchange for cooperation. The company has declined to comment on how long it has been working with the Justice Department and whether it’s also cooperating in the beef probe.

Jayson Penn, the now-CEO of chicken giant Pilgrim’s Pride who faces as many as 10 years in prison in the chicken probe, entered a not-guilty plea June 4 in Colorado federal court. Penn went on a paid leave of absence and Chief Financial Officer Fabio Sandri took over as interim CEO, the company said in a statement Sunday.

Republicans and Democrats on Capitol Hill are also raising alarm bells. Last month, 19 senators, many from agriculture states, asked the Justice Department to look into whether the companies are suppressing prices paid for cattle. They warned that market conditions could lead to “widespread collapse” of the ranching industry and open the door to meatpackers acquiring cattle operations.

Lawmakers also are pushing federal officials to ease regulations on meat processing, which could help reduce costs and lower the bar for new smaller entrants into the industry. Legislation has been proposed that would allow, for example, meat plants that are inspected by state officials to sell products across state lines.

“We’ve not seen this kind of attention since the early 1900s,” said Bill Bullard, the chief executive officer of R-CALF USA, a trade association for ranchers that says the big packing companies are hurting cattle producers. “We’re in a precarious position now that necessitates congressional intervention.”

Meat plant shutdowns in April and May sparked shortages at grocery stores and even Wendy’s Co. dropped burgers from some menus. Though it was just about a dozen plant closures, producers have such a stranglehold on output that it leaves few remedies when even a handful of facilities are down.

The shutdown of a single large beef processing plant can result in the loss of more than 10 million servings of beef in a single day, the White House said in a statement outlining Trump’s late April executive order directing meatpackers to keep facilities running.

In total U.S. commercial cattle slaughter, the top four companies in 2018 had market share of 71%, up from 57% in 1987, according to Steve Kay, editor of the trade publication Cattle Buyers Weekly.

The total number of livestock slaughtering plants has plummeted about 70% since 1967, according to the U.S. Department of Agriculture.

“Given the high concentration of meat and poultry processors in a relatively small number of large facilities, closure of any of these plants could disrupt our food supply and detrimentally impact our hardworking farmers and ranchers,” the White House statement said.

Modern scrutiny of the industry isn’t new. During the Clinton administration, the same concerns about concentration and prices paid to ranchers sparked a Justice Department inquiry. Department officials visited rural areas to get the message out that they were looking for evidence of anticompetitive conduct, said David Turetsky, who was a deputy in the antitrust division at the time. Ultimately, they didn’t find enough to bring a case.

“In industries that are as highly concentrated at this one, it’s not surprising at all to see concerns,” said Turetsky, now at the University at Albany.

It’s not clear what conduct the Justice Department is focused on now in the beef investigation. A class-action lawsuit brought by R-CALF and the National Farmers Union last year accuses the companies of colluding to reduce the volume of cattle purchased for slaughter in order to drive down prices.

Ranchers’ woes grew more acute in the pandemic as slaughter plants shuttered. They grappled with low prices for cattle, while meat prices paid by consumers at the supermarket spiked.

Wholesale beef more than doubled from early April to mid-May. Prices have now quickly come back down from the peak, but are still about 10% higher since the start of the year even as shutdowns for restaurants meant a loss of demand. Meanwhile, most-active cattle futures traded in Chicago have lost 24% in 2020. Data tracking meatpacker margins soared.

A similar situation happened last year when a major Tyson plant in Kansas saw a production stoppage after a fire.

Still, margins don’t tell the whole story, said Jayson Lusk, head of the department of agricultural economics at Purdue University. They are a simple calculation of the spread between animal costs and meat prices and don’t necessarily reflect actual company profits.

“In one case, a plant burned down. In the other case, it’s workers getting sick. Packers, at least, are not completely in control,” Lusk said. “What happens in both of these cases is that it’s quite clear that livestock producers are worse off. Whether the processors are worse off is hard to tell — we can’t see their costs.”

Most cattle are sold to meatpackers through longer-term contracts, rather than on the spot market. Ranchers complain that this structure reduces transparency and gives the packing companies a mechanism to pressure prices. That’s because the cash market helps to underpin terms in the contracts. So by reducing their purchases on the spot market, where trading is thin, the companies can drive down the price paid through contracts, according to the class-action complaint.

Legislation introduced last month by a bipartisan group of senators from rural states would require meatpackers to buy a minimum of half their weekly volume on the spot market.

The flip-side of consolidation in the market is larger, more efficient facilities that operate with lower costs, which in turn means cheaper prices for consumers, said Glynn Tonsor, a professor in the department of agricultural economics at Kansas State University.

Those efficiencies also benefit ranchers who sell to the plants, Tonsor said. With lower costs, the meatpackers can pay more for cattle than they would otherwise. But the bargaining position of ranchers depends on the supply of cattle relative to processing capacity. When supply is low, they’re in a better position than when it’s high, he said.

Tonsor said it’s a mistake to assume that a less concentrated market with more competitors would necessarily mean a more resilient food-supply network in the U.S. that is less prone to bottlenecks caused by plant shutdowns.

“What we know with certainty is the efficiencies we have due to economies of scale would be gone,” he said.

Yet antitrust enforcement today is undergoing a rethink. Economists and lawyers are questioning whether there’s been too much focus on how mergers affect prices paid by consumers and not enough on prices paid to sellers. The buying power of companies is rightly getting more attention today, and the Justice Department should be scrutinizing the issue in the meatpacking industry, said Michael Kades, the director of markets and competition policy at the Washington Center for Equitable Growth.

“Agriculture in general is an area where there is lot of market power to the detriment of consumers on one side and small producers and farmers on the other,” he said.

bloomberg.com” data-reactid=”66″>For more articles like this, please visit us at bloomberg.com 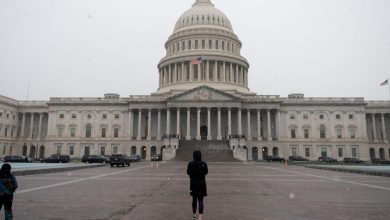 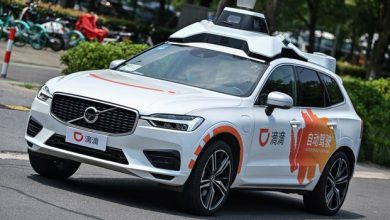 Didi Shares Rise 20%. What to Know About the Chinese Ride-Hailing Giant. 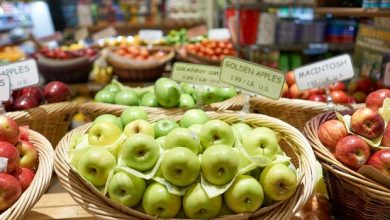 4 ETFs for Investors Nervous About Inflation 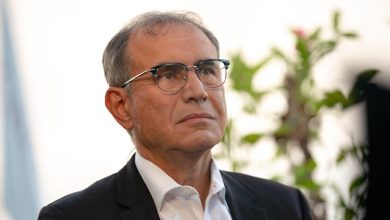 Roubini Says Fed May ‘Wimp Out’ on Hikes Despite Inflation