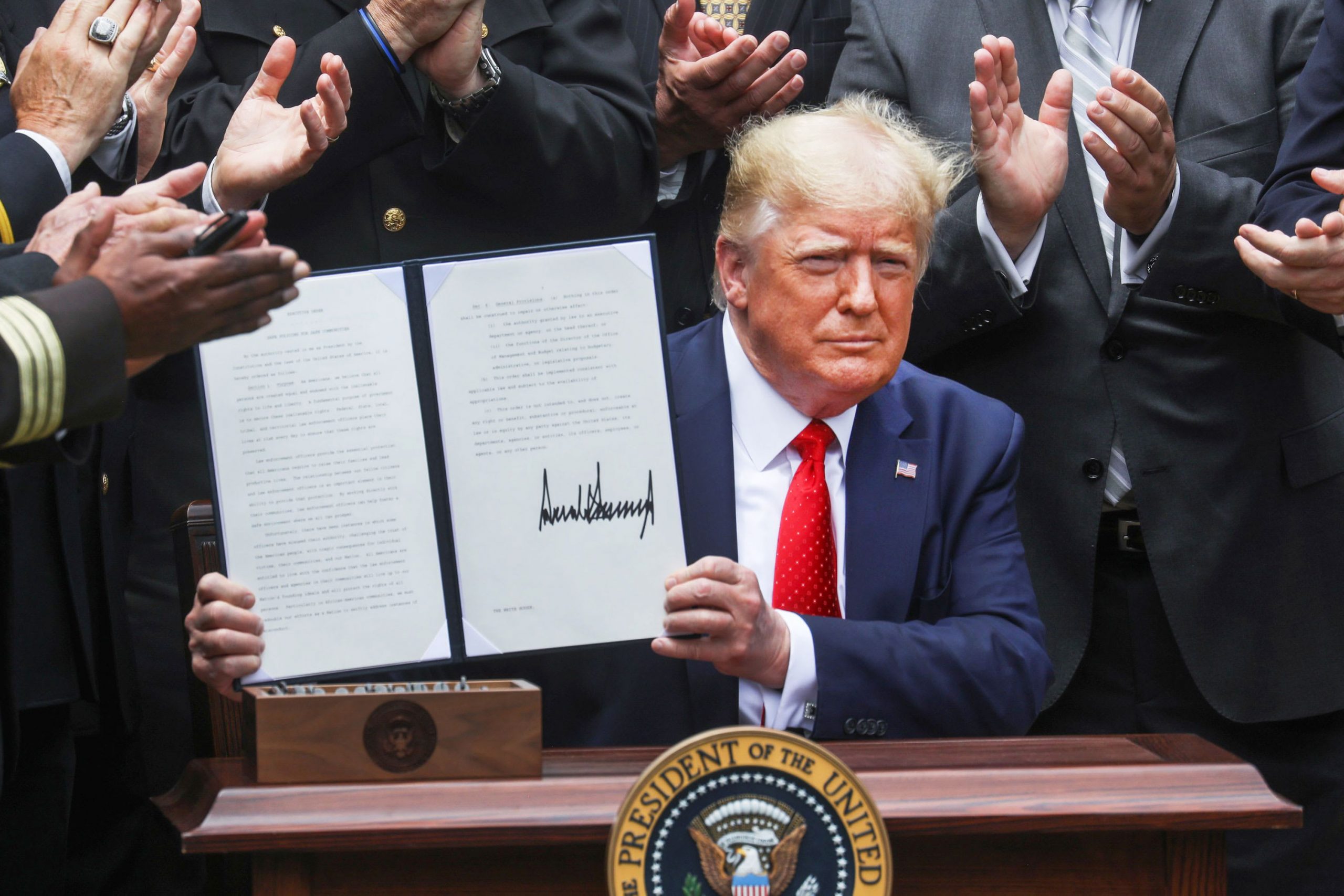 With protesters around the country pressing their fight against police brutality and racism, President Donald Trump on Tuesday signed an executive order aimed at tracking misconduct by law enforcers and creating incentives for departments to improve their practices.

The president, during a speech in the White House Rose Garden that heaped praise on the police and took time to attack his political opponents, said that “law and order must be further restored nationwide, and your federal government is ready, willing, and able to help.”

The action from Trump, who has focused on the violence seen at some demonstrations and aggressively demanded “law and order” from state leaders, comes as lawmakers of both parties pursue proposals to reform law enforcement in the wake of George Floyd’s death in police custody.

Trump lauded law enforcement officers at the event, saying that “the least we can do, because they deserve it so much, they have to get our gratitude and we have to give them great respect for what they do.”

“In many cases local law enforcement is underfunded, understaffed and under [supported],” he added.

Trump said he held a meeting shortly before the news conference with a number of families of people who have died in altercations with the police. “Your loved ones will not have died in vain,” he said. “We are one nation, we grieve together and we heal together.”

U.S. President Donald Trump is applauded by law enforcement leaders surrounding him as he holds up an executive order on police reform after signing it during an event in the Rose Garden at the White House in Washington, June 16, 2020.

The Trump administration’s order rejects calls to “defund the police” that have gained traction from within the nationwide protest movement.

“I strongly oppose the radical and dangerous efforts to defund, dismantle and dissolve our police departments,” Trump said in the Rose Garden. “Americans know the truth: Without police there is chaos, without law there is anarchy, and without safety there is catastrophe.”

But he added, “Though we may all come from different places and different backgrounds, we’re united by our desire to ensure peace and dignity and equality or all Americans.”

Broadly speaking, the order aims to incentivize police departments to update their standards on training and credentialing by rewarding them with federal grant money opportunities.

It also requires the attorney general to create a database to track individual cops on metrics such as excessive use-of-force complaints. That information would be shared between departments and would “regularly and periodically” be made publicly available, the order says.

The order would also give departments incentives to involve trained professionals, such as social workers, to respond to calls for certain nonviolent issues — including mental health, drug addiction and homelessness — rather than police alone.

Here’s what else is in the order:

The administration’s goal is to “bring police closer together with the communities,” a senior administration official said while describing the executive order in a press call Monday evening. “We’re not looking to defund the police; we’re looking to invest more and incentivize best practices.”

The administration worked with numerous police groups, religious leaders and family organizations in crafting the order, according to senior administration officials.

“While the president has finally acknowledged the need for policing reform, one modest executive order will not make up for his years of inflammatory rhetoric and policies designed to roll back the progress made in previous years,” Schumer said in the statement.

“Unfortunately, this executive order will not deliver the comprehensive meaningful change and accountability in our nation’s police departments that Americans are demanding,” Schumer said.

The president has not delivered a formal address on the protests or the issues of widespread police misconduct and structural racism alleged by activists. On social media, however, he has taken a bellicose stance against the rioting and looting that occurred at some protests following Floyd’s death on Memorial Day, pressuring governors and mayors to call in the National Guard to quell the unrest.

Floyd, an unarmed Black man, died after a white officer in Minneapolis knelt on his neck for more than eight minutes. Floyd was suspected of passing a counterfeit $20 bill. The confrontation was captured on video.

Trump’s popularity has fallen, polls show, amid criticism over his response to the demonstrations and his handling of the coronavirus pandemic. He faces reelection in November against presumptive Democratic nominee Joe Biden, who has widened his lead over Trump in most recent national polls.

Trump said Monday that the fatal police shooting on Friday of another Black man — Rayshard Brooks in Atlanta – “was a terrible situation.”

On Tuesday, Trump slammed Biden and former President Barack Obama over their records on police reform. They “never even tried to fix this,” Trump said, “because they had no idea how to do it.”

In fact, an Obama administration task force issued dozens of recommendations for better policing after the 2014 shooting of Michael Brown in Ferguson, Missouri.

Lawmakers of both parties are currently working on passing their own legislative proposals to reform the police.

Democrats unveiled a sweeping bill last week that would change “qualified immunity” rules for officers, making it easier for people whose constitutional rights were violated to recover damages.

The White House has said that ending qualified immunity is a “non starter.” A senior administration official told reporters Monday evening that I don’t see anything that has that in there passing Congress any time soon.”

Republicans picked Sen. Tim Scott, R-S.C., one of three Black members of the Senate, to lead a working group to develop reform measures of their own. Scott said on NBC’s “Meet the Press” on Sunday that he believes both parties will be able to find a path forward to pass a bill into law. 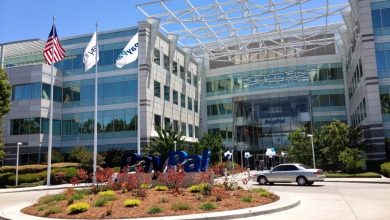 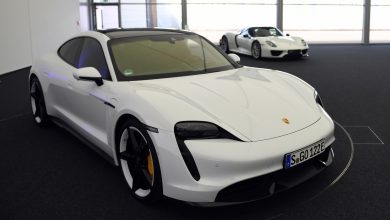 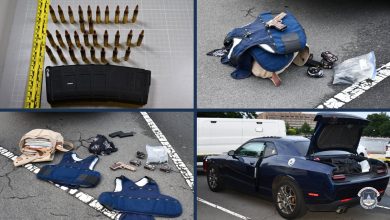 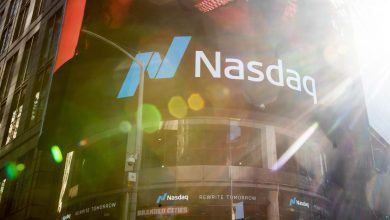