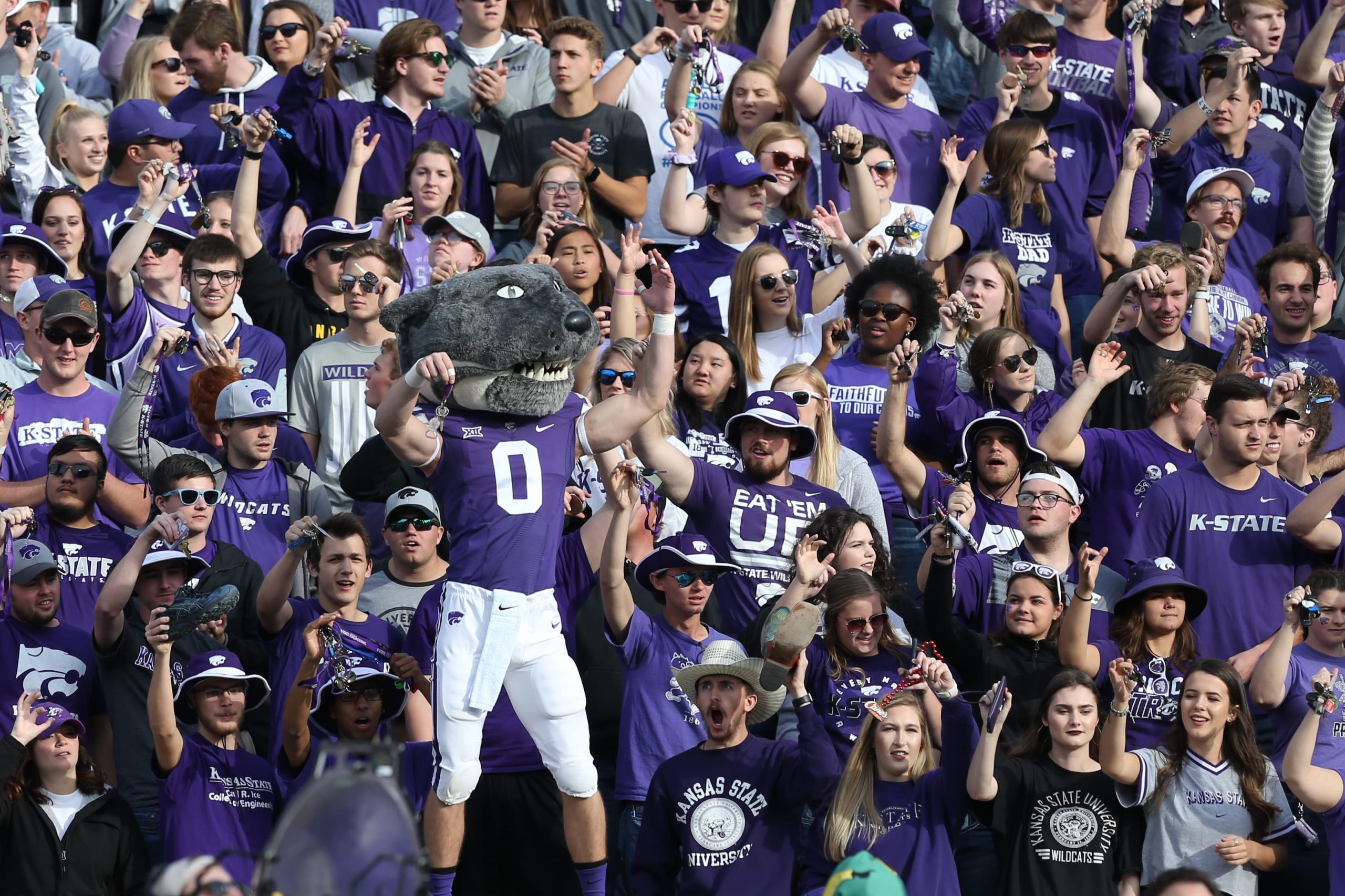 Willie the Wildcat fires up the fans in the first quarter of a Big 12 football game between the West Virginia Mountaineers and Kansas State Wildcats on November 16, 2019 at Bill Snyder Family Stadium in Manhattan, KS.

For Russ Loub and the Little Apple Brewing Co., the coronavirus shutdowns could not have come at a worse time.

Loub’s steakhouse, which he and his wife Kelly have owned since 1995, adopted the nickname of its surroundings — Manhattan, Kansas, a city of about 50,000 people that is roughly 100 miles west of Kansas City and home to Kansas State University.

Five key months — April and May in the spring with college graduation, and then September through November for football season — account for roughly 80% of the steakhouse’s annual profits, Loub estimated. With the restaurant forced to halt dine-in operations in March due to the pandemic, two of those months have already been wiped out for the year.

“As soon as the mandatory quarantine happened, we instantly lost probably close to 4,000 reservations. That was absolutely devastating,” the 61-year-old Loub said.

The coronavirus pandemic and its economic fallout have wreaked havoc on cities large and small across the U.S., killing more than 100,000 and sending unemployment to levels not seen since before World War II. Over the past month, policymakers have slowly lifted restrictions on businesses and gatherings, attempting to learn what activities are possible before a vaccine arrives.

As spring turns into summer in Manhattan, the details of the fall semester, including whether the university will bring back its normal surge of more than 20,000 students and whether 50,000 fans will pack Bill Snyder Family Stadium for seven Saturdays, remain murky.

Victor Matheson, a professor at the College of the Holy Cross who studies sports economics, said estimates of the impact from sporting events on local economies are often overblown because people are just substituting one set of purchases for another. But this fall, with the virus creating other economic restrictions, the damage could be more acute.

And for smaller college towns like Manhattan, that can be compounded by a lack of other economic attractions and that college football tends to bring in people from out of town, Matheson said, not to mention the hit from a potentially diminished student population.

The university announced plans to hold the fall semester, though students will report a week earlier in August and not return to campus after Thanksgiving break. Loub said that there is concern around town that the number of students that do come to campus will be down significantly from previous years.

Football season, with or without fans, remains an open question across the country, with Kansas State’s conference rival Iowa State announcing plans to limit its stadium capacity to 50% and University of Michigan President Mark Schlissel telling the Wall Street Journal that the school won’t play football if students aren’t on campus.

“There’s so much unknown. That’s really the most difficult part of it,” Loub said. “I’m sure if you talk to anyone else, they’ll tell you the same thing. It’s the unknown things that are the scariest.”

‘You count them in rallies around here’

Bikers ride down Main Street on the first day of the annual Sturgis Motorcycle Rally in Sturgis, South Dakota.

On Monday in Sturgis, South Dakota, the City Council will decide what to do about the event that has defined the town for decades — the Sturgis Motorcycle Rally.

This year’s rally — the 80th edition — is currently scheduled for Aug. 7 to 16, potentially bringing hundreds of thousands of people to a town where, according to a Census Bureau estimate, fewer than 7,000 live.

Rod Bradley, a former council member who is now the vice chairman of the Meade County Board of Commissioners, said he expects people will come into town regardless of what city officials decide, but not on the scale of previous years. He said that international tourists and older or immunocompromised bikers likely won’t make the trip even if the rally officially happens.

Bradley, 52, and his wife Cassie own the Hotel Sturgis, which opened just before last year’s rally, and the Oasis bar, which opened in 2011.

“That’s eight rallies. You count them in rallies around here,” he said.

Between the two businesses, Bradley said he typically has eight employees but would hire roughly 20 more to handle the 10-day rally.

For the Oasis, the rally typically accounts for 40% of his annual revenue, and in an anniversary year it would be bigger, he said.

Bars and restaurants in the town will often hire out-of-towners to serve the wave of bikers rolling into a town that sits waiting for those crowds most of the year, Bradley said. Without the rally, the economics of downtown Sturgis don’t make much sense.

“Everybody’s got a building bigger than they need year-round. The value of the property is higher than year-round supports,” Bradley said.

Won’t be ‘business the way it was’

The federal government has soaked the economy with trillions of dollars of relief to support businesses and consumers during the shutdowns caused by the pandemic. Treasury Secretary Steven Mnuchin has said the Trump administration would like future relief packages to be more targeted at the most impacted industries.

“When we look at the next round … I think one of the things we’re really going to need to be very focused on is how do we help the industries that are especially impacted. And I would say hotels, travel, entertainment, [and] restaurants are right up there,” Mnuchin told CNBC on Thursday.

But as the economy reopens at different speeds in different states, and as places like Sturgis and The Little Apple risk missing out on vital business periods, it’s not just certain business sectors that will be disproportionately impacted but different locations.

An expansion of the disaster loan program from the Small Business Administration that has proven effective after localized disasters, like hurricanes, could be useful in this situation, said Meri Davlasheridze, an assistant professor at Texas A&M at Galveston who studies disaster economics.

The SBA’s disaster loan program has already paid out roughly $80 billion to small businesses hurt by Covid-19, including Loub’s, but Davlasheridze said increasing the funding and ensuring businesses can use the money to reconfigure their businesses for social distancing would provide a boost.

“I think the SBA disaster loans are particularly potent for some small businesses impacted by Covid, particularly in this transitory period until their customers bounce back and they adjust their behavior,” Davlasheridze said.

Little Apple Brewing Co. has already started on a new path, with the Loubs rolling out an online retail operation during the pandemic. Loub said that the restaurant, which has about 250 seats and does roughly $2.2 million in annual sales, may reopen dine-in services in July as capacity restrictions are further loosened, if the health situation allows for it.

Still, the restaurant will likely no longer serve lunch or Sunday brunch, he said, and probably won’t ramp back up to its normal staffing level of between 40 and 50 workers.

“We’re realizing that we’re not going to be able to go back to our business the way it was,” Loub said.

Whenever the restaurant does reopen as close to normal as possible, this will be the final shot for Loeb, who says the shutdown has already cost him hundreds of thousands of dollars.

“If there is another outbreak that threatened to close us down, that would actually be devastating for us, and I don’t think we could recover from that,” Loub said. “We have pretty much decided if we can’t make it this time, that’s going to be it,” 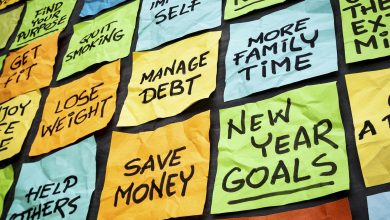 How to make New Year’s resolutions you’ll actually keep, from the author of ‘The Power of Habit’ 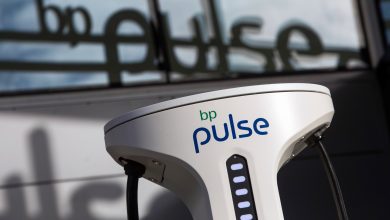 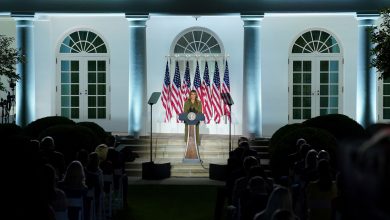 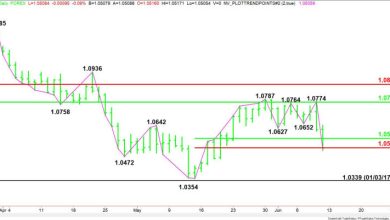