The three major indices pushed higher Monday after new housing data showed a record monthly gain in pending home sales. The estimates-topping economic data helped assuage fears over the economic damage from the pandemic, even as a rising number of states across the country reimposed social distancing standards in the past week to try and curb increases in coronavirus case counts.

Shares of Boeing handily led gains in the Dow, with the aircraft manufacturer’s stock surging after the Federal Aviation Administration said test flights for the 737 Max jet would begin as soon as Monday.

ending lower by more than 700 points, or 2.3%. The risk-off mood was spurred after cities and states hit with a resurgence of coronavirus infections tightened social distancing standards and reversed reopening processes already under way, further disrupting business activity.

“We suspect that most forecasters have been assuming a smooth(ish) rebound across the whole economy; we have. That now looks unlikely,” Ian Shepherdson, chief economist for Pantheon Macroeconomics, wrote in a note. “It will take a month or so, at least, before the changes in behavior and new restrictions induce a sustained and clear downshift in cases and hospitalizations, allowing another attempt at reopening in the South. This means that the first month of the third quarter will be very weak.”

“Last week’s data only showed minor improvements in both initial as well as continuing claims, suggesting that labor market progress may be stalling out since May’s blockbuster jobs report,” Deutsche Bank economist Brett Ryan wrote in a note.

“While there is certainly some disconnect between the claims data and the official employment statistics, both data indicate that newly unemployed workers are not transitioning into work at a particularly rapid pace and unemployment spells are lengthening,” he added.

Markets in the U.S. will be closed Friday in observance of the Fourth of July holiday.

The three major indices added to gains during intraday trading as investors digested the much better than expected pending home sales release from earlier in the morning.

The S&P 500 and Dow were each higher by more than 1%, and the Nasdaq shook off earlier losses. The industrials and materials sectors led gains in the S&P 500, and Boeing remained the outperformer in the Dow, up nearly 5%. Cisco and Intel were the only two stocks in the 30-stock index to trade lower intraday Monday.

“This has been a spectacular recovery for contract signings, and goes to show the resiliency of American consumers and their evergreen desire for homeownership,” said Lawrence Yun, NAR’s chief economist. “This bounce back also speaks to how the housing sector could lead the way for a broader economic recovery.”

“More listings are continuously appearing as the economy reopens, helping with inventory choices,” Yun said. “Still, more home construction is needed to counter the persistent underproduction of homes over the past decade.”

BA) shares led the Dow higher, after the Federal Aviation Administration confirmed that test flights for the 737 Max were set to begin as soon as Monday, according to multiple media reports citing an FAA letter to congressional staffers.

Shares of Boeing were down 48% for the year to date through Friday, making it the worst-performer in the Dow for 2020. The stock lagged as the aircraft-maker struggled both with its longstanding woes over the 737 Max jet, which was involved in two deadly crashes since 2018, along with dried up demand for commercial flights during the coronavirus pandemic.

Here were the main moves at the start of the overnight session for U.S. equity futures, as of 6:04 p.m. ET:

A Trader wearing a mask arrives with his special keyboard before the opening bell at the New York Stock Exchange (NYSE) on May 26, 2020 on Wall Street in New York City. – Global stock markets climbed Monday, buoyed by the prospect of further easing of coronavirus lockdowns despite sharp increases in case rates in some countries such as Brazil. Over the weekend, US President Donald Trump imposed travel limits on Brazil, now the second worst affected country after the United States, reminding markets that while the coronavirus outlook is better, the crisis is far from over. (Photo by Johannes EISELE / AFP) (Photo by JOHANNES EISELE/AFP via Getty Images) 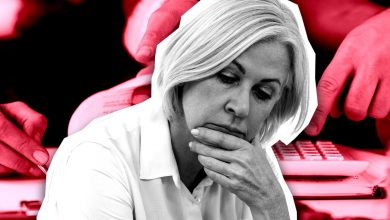 I lived ‘adventurously’ but now my debts equal half my savings and we live ‘hand to mouth’ — how can I save for retirement? 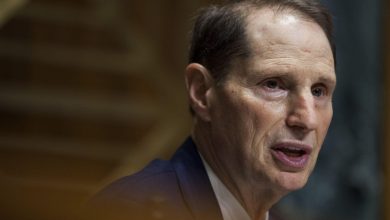 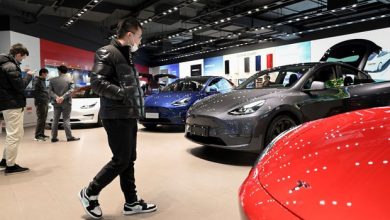 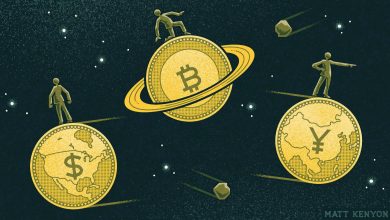