Shares of companies that have been among the most set to benefit from easing social distancing measures pointed to another session of steep declines. Carriers American Airlines, United Airlines and Delta dropped in early trading Thursday, pointing to a third straight day of losses. Cruise companies Carnival, Royal Caribbean and Norwegian Cruise Line Holdings, along with lodging firms Wynn and Hilton, also tracked toward a third consecutive down day.

The Federal Open Market Committee’s (FOMC) Summary of Economic Projections indicated the Fed expects a steep 6.5% contraction in real GDP in 2020, with an unemployment rate at 9.3%. However, policymakers expect real GDP to rebound by 5.0% in 2021, with the unemployment rate dropping to 6.5%.

“Even though today’s FOMC meeting was somewhat of a placeholder until more meaningful choices are made in the next few meetings, the outcome was dovish nonetheless,” JPMorgan economist Michael Feroli said in a note. “The Fed kept interest rates steady and the accompanying interest rate forecast ‘dots’ indicate that rates are likely to remain pinned near zero for at least the next two-and-a-half years.

AAPL), Amazon (AMZN) and Microsoft (MSFT) each posted record closing highs, and Tesla (TSLA) closed at a record of more than $1,000 per share. Information technology was the only S&P 500 sector to close in positive territory Wednesday. 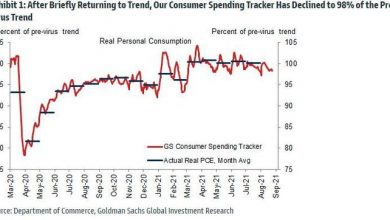 Investors are ignoring the parallels between stocks today and ‘heady’ years of 1929, 1999 and 2007. Do this next, says strategist. 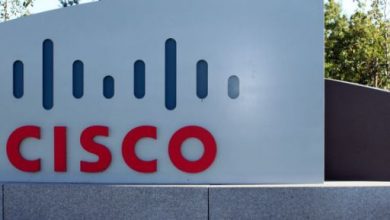 What Is The Ownership Structure Like For Cisco Systems, Inc. (NASDAQ:CSCO)?