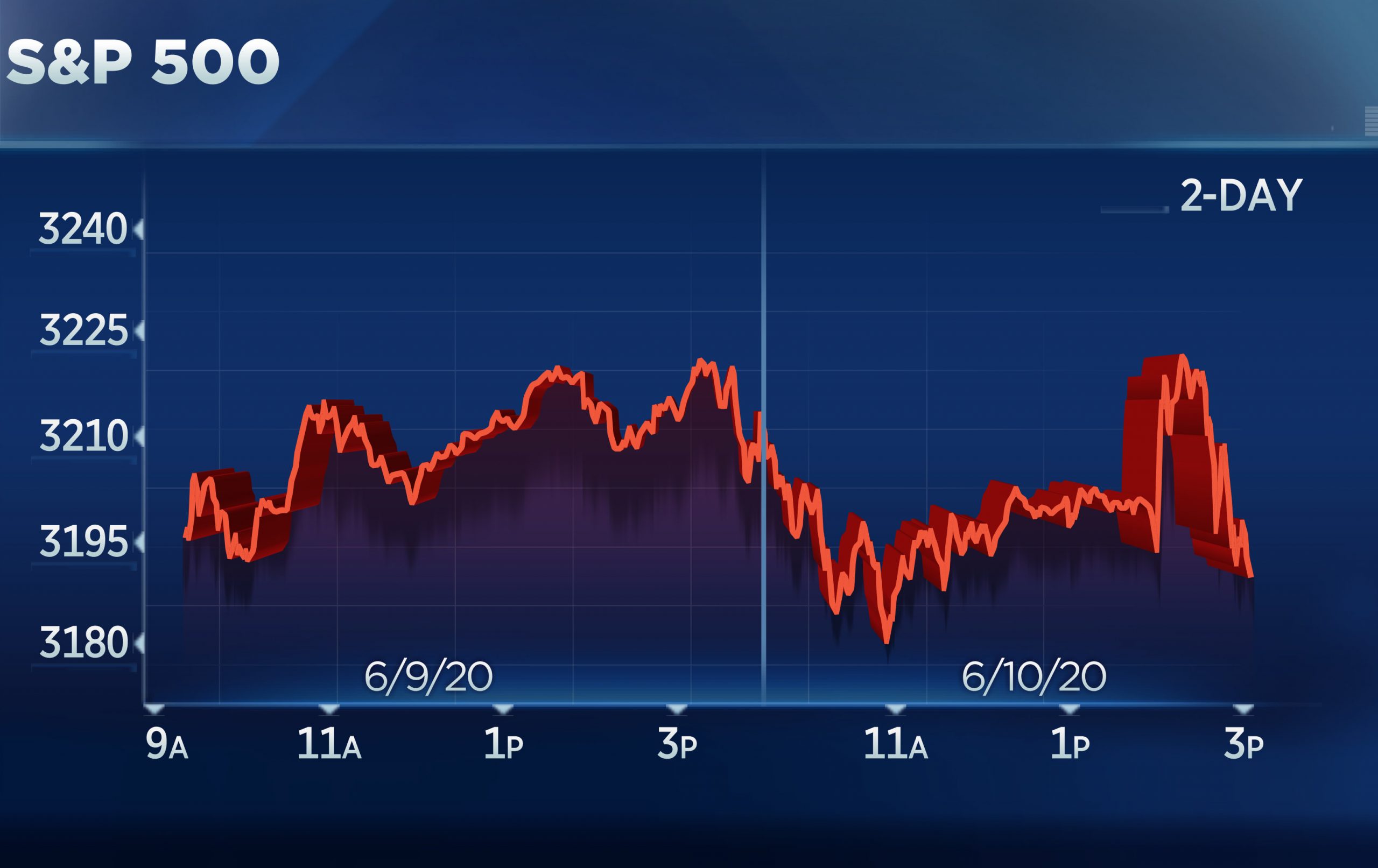 The S&P 500 and Dow Jones Industrial Average fell for a second straight day on Wednesday as traders once again took profits out of names benefiting from the economy reopening and rotated into mega-cap tech stocks.

Shares of Amazon and Apple gained more than 1% each and hit all-time highs. Alphabet and Netflix rose 1.2% and 0.5%, respectively. Stocks that would benefit from the economy reopening — which have outperformed in recent weeks — fell broadly. American Airlines, United and JetBlue all dropped more than 7%. Wells Fargo slid 8.5% while Citigroup lost 4.8%. JPMorgan Chase traded 3.5% lower.

“A large shift is occurring as investors cycle out of value/cyclical stocks for a second day and pour money into growth,” said Adam Crisafulli of Vital Knowledge, in a note. “Keep in mind: investors never left growth/momentum. There was a brief flirtation w/cyclical-value over the last couple of weeks, but this was just rental positions held by tourists (growth is still home base for the majority of people in this market).”

The Dow and S&P 500 were under pressure on Tuesday as stocks benefiting from the economic reopening fell broadly. The Dow fell 300 points or 1.1%, snapping a 6-day winning streak. The 30-stock average was dragged down by a 5.9% drop in Boeing. The S&P 500 lost 0.8% on Tuesday. The index briefly turned positive for the year on Monday.

No Fed rate hikes through 2022

The Federal Reserve kept interest rates unchanged on Wednesday and indicated it does not expect to raise them through 2022.

In a statement, the Fed said  it “expects to maintain this target range until it is confident that the economy has weathered recent events and is on track to achieve its maximum employment and price stability goals.” The committee added it will increase its bond holdings by buying $80 billion per month in Treasurys and $40 billion per month in mortgage backed securities.

—CNBC’s Jeff Cox and Michael Bloom contributed to this report. 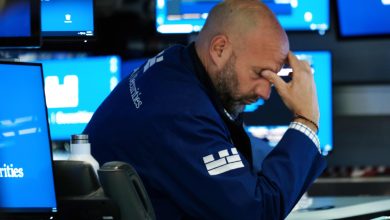 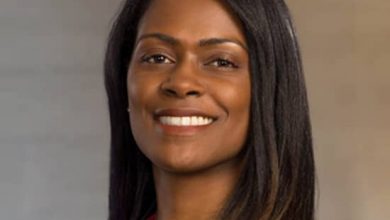 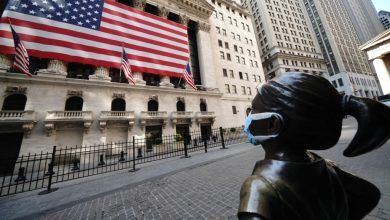 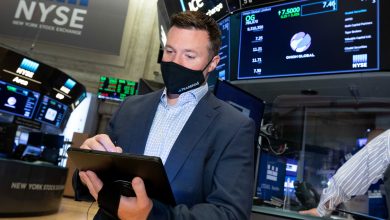