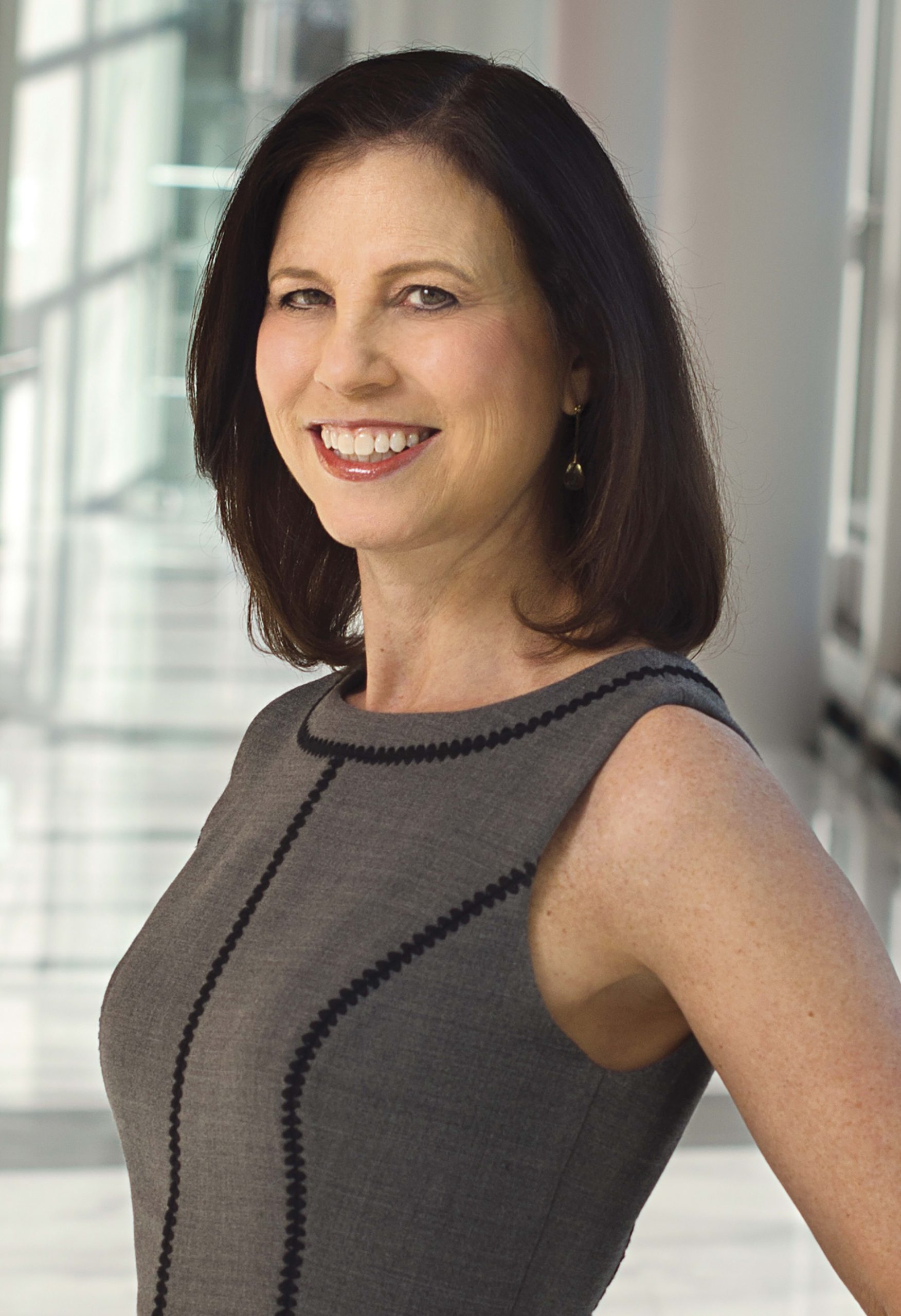 For the past few years, I’ve traveled the globe talking with male executives about how to close the gender gap. In the wake of the #MeToo movement, men who never considered sexism to be “their” issue were suddenly eager to become male allies, to help solve the problem.

There’s a similar dynamic happening now, as white allies worldwide protest racism in the wake of the Minneapolis killing of George Floyd by a white police officer. Overwhelmingly white corporate America is loudly proclaiming its support for #BlackLivesMatter in ads and social media posts.  As with #MeToo, high-profile executives have lost their jobs– just in the past week, the editors in chief of the Philadelphia Inquirer, Bon Appetit, and Refinery29, and the CEO’s of Crossfit, Ban.do and Reformation clothing.

But will that activism translate into meaningful action? Will it move beyond the posting black squares on Instagram or the shaming of a business leader?

As businesses grapple with the institutional racism built in to so many of our structures, history gives us some clues – and some warnings about what we may get wrong, yet again.

Consider what’s happened in the wake of the #MeToo movement. It’s been almost three years since it became a global rallying cry, sparked by revelations about Harvey Weinstein and others. It broadened attention not just on sexual assault, but on the everyday indignities that women face:  being marginalized, overlooked, and underpaid. There were plenty of firings then too, and plenty of talk from executives and politicians. But actual impact? Not so much.

Sure, there have been some successes. Women in December made up more than half of the U.S. workforce. More companies are instituting family leave policies. Investment in diversity and inclusion programs has skyrocketed.

Yet true advances are incremental at best. The overall gender wage gap remains stuck at about 81% – and just 75% for black and Hispanic women. Women account for just 7.4% of Fortune 500 CEO’s, even though they have made up the majority of college graduates for decades.

Coronavirus quarantines have exposed systemic inequities at home, with women doing the majority of home schooling and housework, and the nation’s 11 million single parents – most of them women – finding it impossible to care for children while juggling a job.

That lack of progress should ring loud warning bells for businesses that are now talking a great game about fighting racism. Ironically, those with the loudest megaphones often have the poorest track records.

Tech firms have been at the forefront of unconscious bias training, yet at Google, just 3.3% of employees are black, and at Facebook just 3.8%. Blacks are underrepresented across virtually every other industry as well; black men make up barely more than 3% of managers nationwide, and there are just four black Fortune 500 CEO’s.

More from Invest in You:

Racism and sexism are separate challenges, to be sure, with vastly different histories. Businesses alone aren’t going to overturn centuries of structural racism. That said, there are ways to move the needle, to build diversity into leadership, culture and practices. There is a playbook for this. To avoid the all-talk-no-action pitfalls of the #MeToo movement, here are steps companies can take right now:

Executives often tell me that they want to bring more women and people of color into senior roles, but they simply can’t find them. To them, I say: Look at your entry level. It doesn’t take that long to grow junior staffers into senior leaders.

Organizations have gotten better at recruiting diverse workforces – but they’re failed miserably when it comes to promoting and retaining them. A 2019 McKinsey & Co. study found that for every 100 men promoted to the first rung of management, only 72 women are promoted, a figure that is substantially worse for women of color. While one in five C-suite executives overall is female, only one in twenty-five is a woman of color.

If your organization is progressively less diverse at every level, the problem isn’t with the employees – it’s with the organization.

Diversify the interviewers, not just the applicants

In football, the “Rooney Rule” requires a diverse slate of applicants for coaching jobs. More companies are adopting a similar approach in hiring, requiring a diverse pool of candidates. But that isn’t enough. We all gravitate toward people who remind us of ourselves, and if the interviewers or hiring managers are white men, they are less likely to see the merits of women or people of color. The solution is straightforward: ensure that the interviewers are a diverse lot, not just for external openings but also for considering internal promotion candidates.

In the UK, companies are required to report gender wage gaps – leading to some truly horrifying and embarrassing statistics. In the U.S., few companies calculate wage gaps voluntarily, but for those that do, the impact can be profound. Salesforce assesses its wage gap by race and ethnicity as well as gender on an annual basis; it has spent more than $10 million since 2015 to correct inequities. Collecting the data on the wage gap by race and gender will go a long way toward pinpointing major problem areas.

Symphony orchestras first popularized this practice, by having musicians audition behind a screen to mask gender and race – a change that transformed them from almost entirely male before the 1980s to almost equally gender balanced today. More companies have adopted the practice, too, by screening applicants with resumes scrubbed of identifying features like name, race, education and socioeconomic background.  Firms including Bloomberg, Dolby Laboratories, and BBC Digital have experimented with blind hiring – as has comedian Samantha Bee, who uses a blind application process to fill the writers’ room for her show, “Full Frontal with Samantha Bee.”

Most organizations set targets for revenue, profit, earnings per share, sales and multiple other metrics. But how about diversity and inclusion? Too many companies say they prioritize it, without quantifying what that means. Set goals for what that looks like for your organization, whether it’s gender or racial mix, or sales to underserved customers. What gets counted, gets fixed.

Other measures can get results too, like tying executive compensation to diversity goals, and instituting formal mentorship programs, which Harvard researcher Frank Dobbin has shown are more effective for people of color than informal mentorships. Creating a diverse workforce isn’t just the right thing to do; it’s a business imperative. Decades of research have proven the financial benefits of diversity in terms of revenue, investment returns, earnings, and return on equity.

It’s way overdue for the white business community to join in the fight against racism. But talking about it isn’t enough. It’s time to act.

—By Joanne Lipman, a CNBC contributor. Lipman is a Distinguished Journalism Fellow at the Institute for Advanced Study in Princeton and author of “That’s What She Said: What Men and Women Need to Know About Working Together.”

TUNE IN: Watch CNBC Contributor Joanne Lipman discuss the ways the BLM movement can learn from the mistakes of #MeToo on “Squawk Box” at 6:45am. 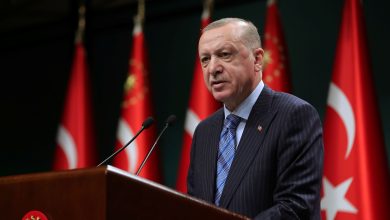 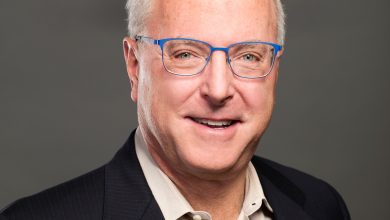 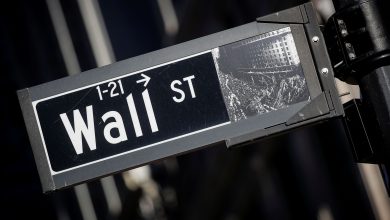 Stocks making the biggest moves in the premarket: Palantir, Rivian, Uber and more 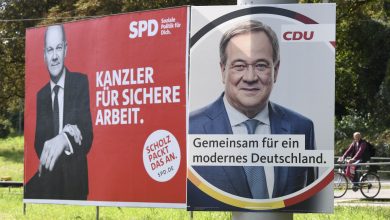