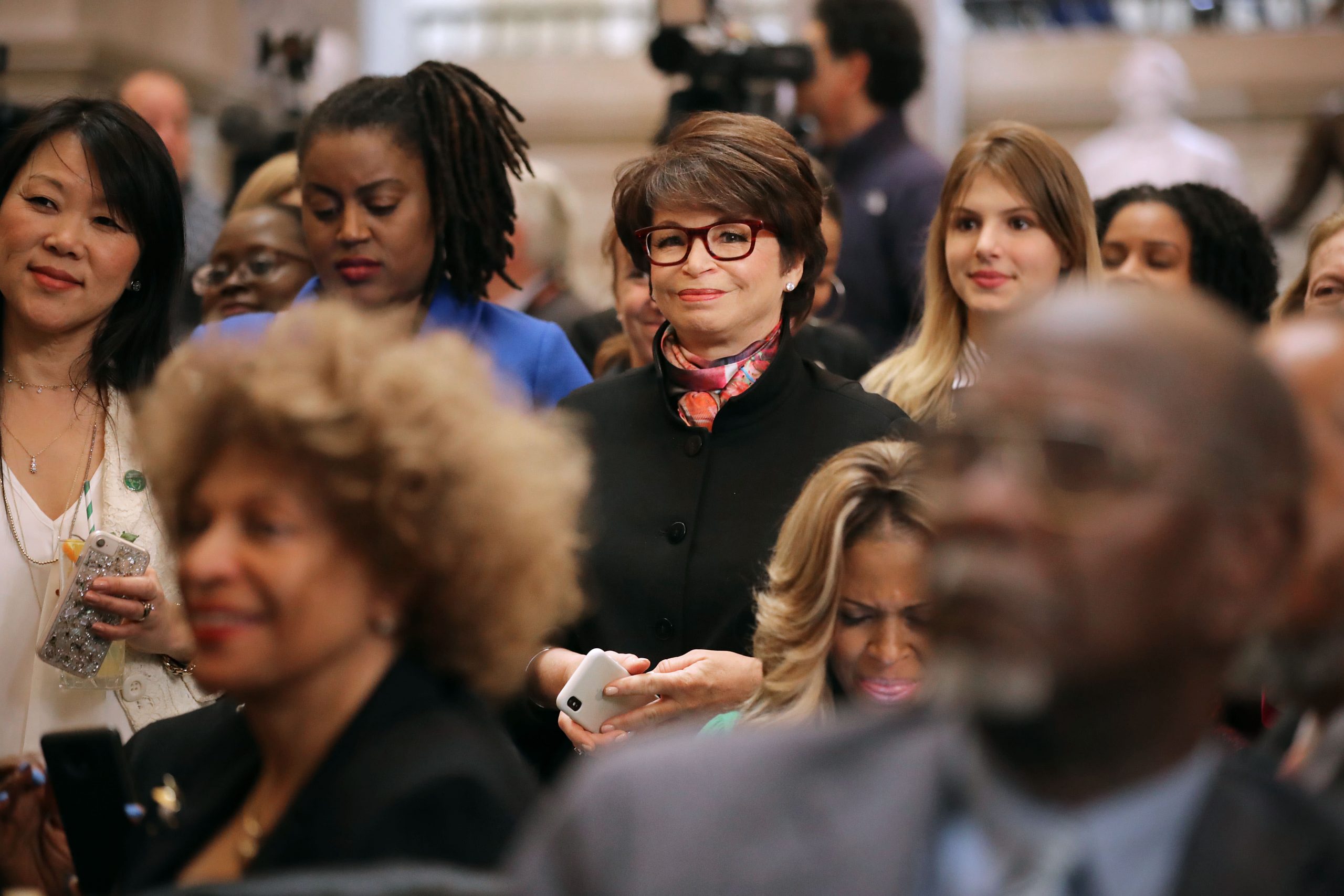 Former Obama Administration senior advisor Valerie Jarrett (center) at a 2019 event at the U.S. Capitol. The event was held to honor NASA’s “Hidden Figures,” the African-American women mathematicians who were instrumental in helping the U.S. space program in the 1960s during the Space Race.

Last week Apple CEO Tim Cook was among the first corporate leaders to issue a letter on racial justice, writing of the nation’s most profitable company, “We must do more.”

Valerie Jarrett, a senior advisor for the Obama Foundation and former senior advisor to President Barack Obama, has some ideas for CEOs on emphasizing action over words. To start: Dispense with the statements of support.

“I don’t think we need any statements of support,” Jarrett said in an interview with CNBC’s Andrew Ross Sorkin at CNBC’s Workforce Executive Council virtual member event, “Race, Equitable Recovery & Resilience,” on Wednesday. “There’s plenty of that to go around,” Jarrett said.

The Obama advisor, who is on the board of directors at companies including Lyft and online education provider 2U — and has been an advocate for board diversity — said workplace diversity cannot stop at the level of the board or with senior executives. “It’s not just enough to put somebody on the board or senior staff if they don’t feel that there is a welcoming environment where they can thrive. … We need to go beneath the quotas and focus on systematic change from the shop floor to the boardroom,” she said.

According to data from human resources consulting company Mercer, 64% of workers in entry level positions are white. At the senior staff level,  85% of positions are held by whites. Women and minorities continue to under-earn white male colleagues, according to the Economic Policy Institute. Regardless of education level, the racial pay gap is wide. Among workers with advanced degrees, the average hourly wage for whites was $44.46, compared with $36.23 for African Americans, according to the Economic Policy Institute.

CEOs who understand the nature of today’s global marketplace know that diversity is a strength in the effort to remain competitive, and those leaders are taking action. Many companies are making bold promises about change.

“It is not enough to just say, ‘I believe in this.’ You have to do concrete things that make your workplace a place that is inclusive,” she said. “Begin by looking at your own house and asking, “Is it in order? I think every CEO should be saying, ‘What am I doing in my own environment to be inclusive and truly be welcoming? Am I going beyond what I have historically done to make my workplace a place that is friendly and conducive for all races and genders?'”

She dismissed the idea that efforts to achieve greater workplace diversity could unfairly cost some workers.

“We shouldn’t be competing over slices of the pie. We should be growing the pie, and if your business is growing and flourishing, then you create opportunities for people who didn’t have opportunities before, and if everyone is competing on a level playing field, let the chips fall where they may. … The problem we’re having is that the playing field is not even, and so leveling the playing field shouldn’t hurt somebody who’s doing a really great job because there will be more business and opportunity.”

Jarrett expects corporations and their leaders to use their business leverage to press elected officials on major reform issues. She cited the example of Saleforce.com founder and CEO Marc Benioff, who in 2015 threatened to pull his company out of the state of Indiana when then-Gov. Mike Pence was signing anti-LGBT legislation. Pence relented. She also cited Tim Cook, saying that until companies are “ready to lead with values, it will be difficult to make progress.”

“There is a role for business to play in government, encouraging our elected officials to do the right thing, and they oftentimes sit on the sidelines. … This is not the time to hold back, because we see that the pressure is working,” she said.

In a June 5 appearance on CNBC’s “Squawk Box,” Walmart president and CEO Doug McMillon said corporations’ charitable giving is important, “but that’s not enough.” The CEO of the retail giant and largest employer in the U.S.,said, “We’re gonna need partnership from government at all levels … and we hope our voice can help influence that.”

Walmart also announced on Wednesday that it would no longer lock up the glass cases containing beauty and hair-care products popular with African-American customers, a practice in place across thousands of its stores, which has been the subject of criticism.

Cook wrote in his letter to Apple employees, “While our laws have changed, the reality is that their protections are still not universally applied. We’ve seen progress since the America I grew up in, but it is similarly true that communities of color continue to endure discrimination and trauma.”

On the issue of local law-enforcement reform, Jarrett said it might require changes in union contracts, and elected officials need to know the business community is behind the effort. Two of the country’s biggest tech companies have been selling facial recognition technology that has come under attack for alleged racial profiling. Earlier this week IBM said it would stop offering the technology. On Wednesday, Amazon said it would place a one-year moratorium on the sale of its controversial Rekognition software to law enforcement.

A toxic political environment is the hardest time for people to speak up, but that is when it’s most important.

IBM’s new CEO, Arvind Krishna, also called on Congress to consider legislation, such as the Walter Scott Notification Act, sponsored by Republican Sen. Tim Scott of South Carolina, which would require states receiving federal funding to disclose more details around the use of deadly force by law-enforcement officers to the Department of Justice.

CEOs need to be prepared to use their leverage on other controversial political issues not typically associated with corporate interests, such as mail-in voting. The long lines in Georgia this week revealing all the people who did not receive ballots is a “wake-up call,” the Obama advisor said, and corporate leaders need to be prepared to let Secretaries of States across the U.S. where they have a business presence know that the companies care about people being able to vote in a fair and accessible way.

Corporate leaders also need to push Congress to ensure that the U.S. Postal Service has the resources to handle a big influx of mail-in ballots.

“A toxic political environment is the hardest time for people to speak up, but that is when it’s most important,” Jarrett said. “No one said this was easy.” 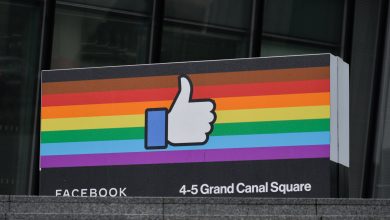 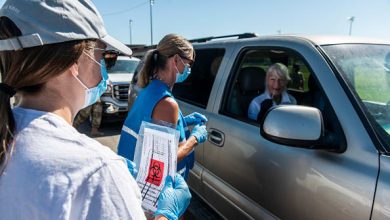 Quest Diagnostics says it cut coronavirus testing turnaround to one to two days, but warns it could slip 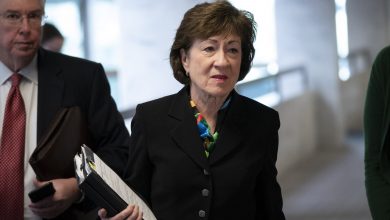 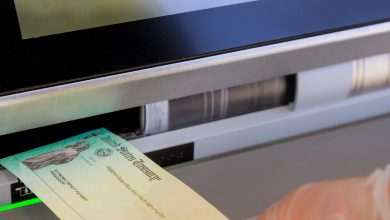 Here’s the likelihood of getting a $1,200 stimulus check in the next 26 days