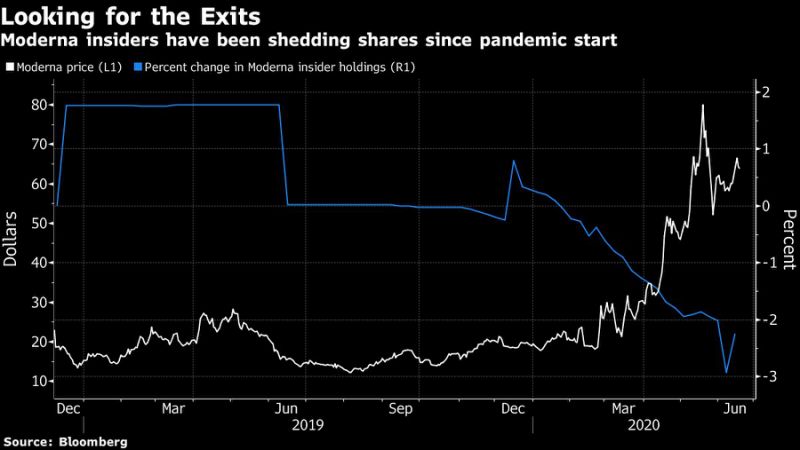 (Bloomberg) — Moderna Inc. executives have been continuing a slow unwind of their positions — even though a lockup remains in place until Thursday.

After a $1.3 billion share sale in May, the vaccine developer’s second cash raise this year, early investors and Moderna management were once again restricted from selling shares. On June 18, those insiders will get a fresh chance to cash in on Moderna’s stratospheric rise, but similar to the prior offering, a handful of the company’s executives have already taken advantage of another way to sell: 10b5-1 trading plans.

The plans let insiders trade their shares at predetermined times or prices. These types of arrangements have faced scrutiny in the past over their potential to aid executives in getting around insider-trading laws. It’s not clear if the shares recently sold are subject to the lockup.

Chief Executive Officer Stephane Bancel has sold about 293,000 shares since the start of the year, though he still holds a 1.9% direct stake valued at more than $460 million. President Stephen Hoge has sold 11,000 shares since the start of the year; his less-than-1% stake is worth roughly $127 million. Chief Medical Officer Tal Zaks appears to have sold off his entire equity stake by May 5 and has been exercising options since then.

After the May lockup expiry, top holder Flagship Pioneering Inc., a firm started by Moderna’s co-founder and Chairman Noubar Afeyan, distributed 10 million shares to investors, leaving it with an 11% stake worth $2.6 billion today.

The latest lockup expires ahead of a late-stage study that’s expected to begin in July along with the tantalizing prospect of the Cambridge, Massachusetts-based firm being one of the first to develop a viable vaccine for the coronavirus pandemic that has swept across the globe.

With the stock price more than tripling this year Moderna has offered investors the second-best return of any company in the Nasdaq Biotechnology Index. The top spot belongs to another vaccine developer, Inovio Pharmaceuticals Inc. Its shares have more than quadrupled in 2020, though Inovio has yet to bring a product to market in its years as a publicly traded company.

A Moderna spokeswoman didn’t immediately respond to an email seeking comment. An outside representative for Flagship declined to comment on plans ahead of Thursday’s lockup expiry. 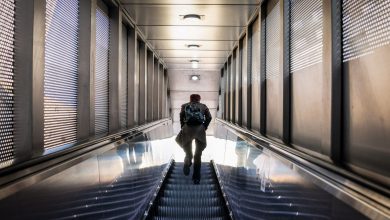 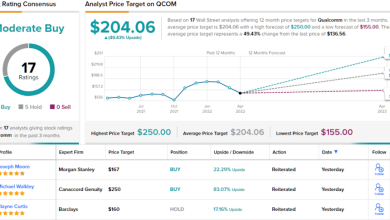 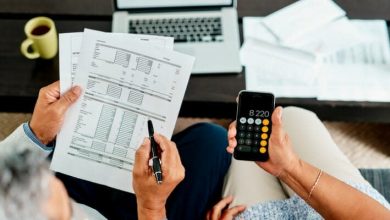 84% of Retirees Are Making This RMD Mistake

Wedbush Storms Into the Software Space; Here Are 3 Stocks to Buy