(Bloomberg) — A battle line is opening in the stock market. On one side are professional money managers focused on suddenly stodgy-seeming metrics like earnings growth. On the other, newbie day traders obsessed mainly with momentum. At least going by who got crushed the least this brutal week, score one for the old guard.

The most turbulent stretch since March’s darkest days came with a shot of comeuppance for the stocks-always-go-up crowd, with companies and industries beloved by bottom-feeding retail buyers bearing the brunt of the worst drop in three months. While volatility soared and quant factors shook, shares that had jumped on little more than chat-room enthusiasm came hurtling back to earth.

Underlining the Wall Street/Main Street division is a contrasting view on the economy in the era of coronavirus. While retail investors have piled into stocks like airlines, putting all their chips on an economic reopening, hedge funds have shunned the recovery trade in a cautious stance that — lately — had cost them. In a week when signs of a second wave of coronavirus inflections emerged and the S&P 500 sank almost 5%, the skepticism looked significantly less misplaced.

“A lot of hedge funds are playing a longer game and have generally been suspicious of that very strong and quick rally in the market on the belief that something broke in the economy and it’s just not going to be this easy to recover,” said David Donabedian, chief investment officer of CIBC Private Wealth Management. For smaller traders, on the other hand, it’s been “a mania, to go for the stuff that looks the diciest and bet on a high-beta rally.”

Stocks fell for the week, with the S&P 500 halting a rally whose returns by Monday amounted to more than 40% over 53 days, the best since 1933. The Dow Jones Industrial Average tumbled 5.6% while the Nasdaq Composite Index slipped 2.3%.

An index tracking hedge funds’ high-conviction bets lost 4.2%, faring better than those favored by individual investors for the first time in four weeks, according to data compiled by Goldman Sachs Group Inc. The firm’s basket of retail favorites, including Delta Air Lines Inc. and MGM Resorts International, sank 6.7%, the most since March.

While nobody is popping champagne after drubbings like those, it’s a moment of modest vindication for the pros who have largely missed out an advance that has added $10 trillion to equity values from the market’s bottom in March. Earlier this month, prominent managers like Stan Druckenmiller and Paul Tudor Jones offered their mea culpas for under-estimating the market’s resilience.

Broadly, hedge funds have refused to embrace the rally. A ratio tracking their long versus short positions has kept falling since late March despite an equity rebound, according to client data compiled by JPMorgan Chase & Co.’s prime brokerage unit. At Morgan Stanley, net leverage among its fund clients on Tuesday stood at the 26th percentile of a 10-year range.

Their sector tilt also pointed to defensiveness. Holdings in airlines, hotels and restaurants hovered around multiyear lows, while the exposure to the safety of the stay-at-home trade — technology and health-care — was near a decade-high, Morgan Stanley data showed.

Mom-and-pop investors, on the other hand, rushed in during the March turmoil. At E*Trade Financial Corp., client activity continued to expand form record levels reached last month. The volume of daily average revenue trades, a metric that measures the average count of daily trades in which the broker generates revenue, reached 1.2 million in the first eight sessions of June, surpassing the level in May, already a record.

“Given the lofty valuations embedded in markets, a lot institutional investors are reluctant to chase this market higher,” said Jeff Schulze, investment strategist at ClearBridge Investments. “Buying the dip has been a very successful investment strategy for investors since the end of the financial crisis, and a lot of retail investors are using that mentality this time around.”

Lately, the buy-the-dip mentality has gone to the extreme as small investors scooped up insolvency stocks such as Hertz Global Holdings Inc. and Chesapeake Energy Corp., driving each stock to gains of more than 400% over three days through Monday.

To Robert Pavlik, the chief investment strategist at SlateStone Wealth, that’s a dangerous sign of chasing momentum regardless of fundamentals.

“Retail investors are playing these crazy names and they don’t know what to fear,” Pavlik said. “Why on earth do you want to buy Hertz? They’ve already filed for bankruptcy. That means, equity investors are not going to be left with anything. It’s a nonsense trade.”

A dose of pain came this week. The NYSE Arca Airline Index tumbled 11%, erasing about a third of the rally posted the previous week. The industry is forecast to suffer a record $84 billion losses this year.

“I’m sure we’ve all recently heard from an amateur investor who has bragged about making a killing in an airline stock or even a name that has recently declared bankruptcy,” said Jeff deGraaf, co-founder of Renaissance Macro Research. “But the pockets of excess created in these widely held speculative names on platforms like Robinhood are reminders that amateurs can get lucky, but only fools mistake that for wisdom.” 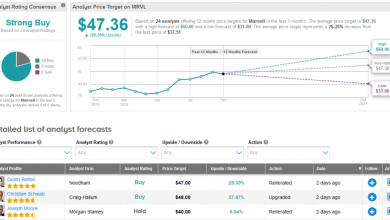 Marvell To Snap Up Inphi In $10B Chip Deal 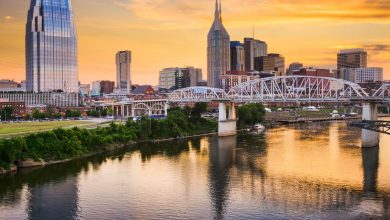 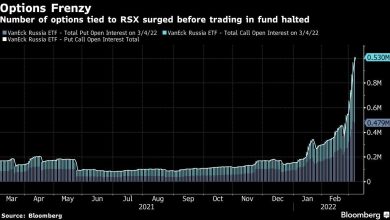 One Million Options Contracts on Biggest Russia ETF in Limbo