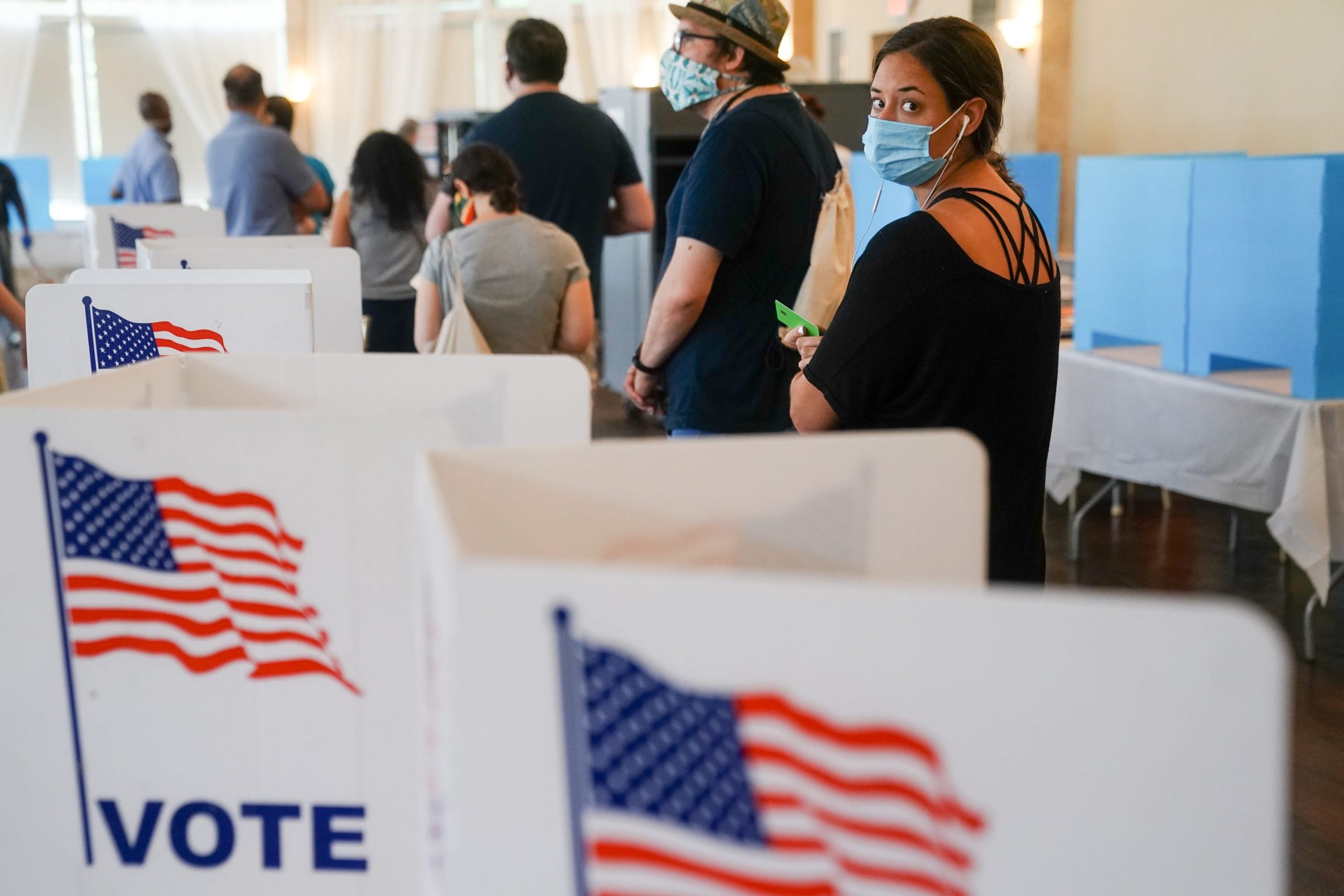 Hourslong waits, problems with new voting machines and a lack of available ballots plagued voters in majority minority counties in Georgia on Tuesday — conditions the secretary of state called “unacceptable” and vowed to investigate.

Democrats and election watchers said voting issues in a state that has been plagued for years by similar problems, along with allegations of racial bias, didn’t bode well for the November presidential election, when Georgia could be in play.

“This seems to be happening throughout Atlanta and perhaps throughout the county. People have been in line since before 7:00 am this morning,” Atlanta Mayor Keisha Lance Bottoms, a Democrat, tweeted shortly after polls were supposed to open — and in some cases still hadn’t.

Read more from NBC News:
Amid confusion, WHO clarifies that Covid-19 can be spread without symptoms
CrossFit CEO steps down after inflammatory George Floyd comments
Los Angeles police officer accused of repeatedly punching man is charged

Cody Cutting was in a long line at Lang Carson Community Center in the Reynoldstown neighborhood of Atlanta, where the line snaked around the block and some people had been waiting to cast their votes for 4½ hours.

“People are a bit frustrated, but spirits are still OK. Neighbors are bringing around food, water and chairs,” he told NBC News.

Lengthy waits were reported in other parts of Fulton, DeKalb and Gwinnett counties.

Secretary of State Brad Raffensperger, a Republican, said the problems “in certain precincts” in Fulton and DeKalb counties were “unacceptable.”

“My office has opened an investigation to determine what these counties need to do to resolve these issues before November’s election,” he said in a statement.

Meanwhile, the Democratic Senate primary in Georgia is too early to call. In Georgia, candidates must win more than 50 percent of the vote to avoid a runoff.

With more than half of the expected vote counted at 1:30 a.m. EDT, Jon Ossoff has approximately 48 percent of the vote. He leads Teresa Tomlinson, who has roughly 16 percent of the vote, and Sarah Riggs Amico, with about 13 percent.

Voting problems in the state also plagued Fulton County in 2018, which led to allegations of voter suppression by Democrats. The secretary of state at the time was Brian Kemp, a Republican, who wound up winning the governorship by a thin margin against Democrat Stacey Abrams. Abrams at the time called the election “rotten and rigged.”

She tweeted Tuesday that “Georgiansdeserve better.”

“He must stop finger-pointing and fix it,” she said.

Democrats have targeted Georgia — which has added 700,000 registered voters to the rolls since 2018 — as a possible swing state in November. Rachana Desai Martin, the national director of voter protection for Joe Biden, the presumptive Democratic presidential nominee, said that what happened Tuesday is “unacceptable” and noted that many voters reported asking for — and never receiving — absentee ballots.

“We only have a few months left until voters around the nation head to the polls again, and efforts should begin immediately to ensure that every Georgian — and every American — is able to safely exercise their right to vote,” said Martin, whose candidate NBC News projected to win the Democratic primary in the state shortly after the official poll closing time. Martin said the Biden campaign “will remain fully engaged in defending” the right to vote.

DeKalb County CEO Michael Thurmond blamed Tuesday’s issues on Raffensperger, who Thurmond said should be investigated by the governor’s office.

“It is the secretary of state’s responsibility to train, prepare and equip election staff throughout the state to ensure fair and equal access to the ballot box. Those Georgians who have been disenfranchised by the statewide chaos that has affected the voting system today in numerous DeKalb precincts and throughout the state of Georgia deserve answers,” Thurmond said.

Kristen Clarke, president and CEO of the Lawyers’ Committee for Civil Rights Under Law, a civil rights group, called the election “a catastrophe.”

“If we view the primary election as a dry run for November, then Georgia gets an F today,” Clarke said.

She said her group has been flooded with calls from “voters who encountered barriers from polling sites that are not open on time, malfunctioning equipment, long lines with several hours’ wait time, insufficient backup paper ballots and more.”

Three-quarters of voters who called with problems identified as African American, Clarke said.

In Roswell, a mostly white Atlanta suburb, there were far fewer problems. Brian Takahashi voted there and said “it went well.”

“There were problems with the voting systems for approximately 25 minutes. Afterwards, it was smooth sailing,” he said, estimating that he was “out the door” in 20 minutes after the problem was resolved.

“Everyone talking about ‘how do we fix this?’ They say ‘go out and vote?’ What about asking if how we vote is also structurally racist?” he tweeted.

Robb Pitts, chairman of the Fulton County Board of Commissioners, told The Atlanta Journal-Constitution that “everything that could happen or go wrong has gone wrong so far.”

Nicholas Roth, 30, said he’d been in line at an Atlanta precinct where the woman ahead of him was told that she couldn’t vote because she’d already asked for an absentee ballot.

“She responded: ‘I never got an absentee ballot. That’s why I’m here,'” Roth said. The woman was sent to an area with other would-be voters who’d had similar issues.

“The individuals had requested absentee ballots, but they didn’t arrive in time to send in, but when they showed up to try and vote in person, they were blocked because the system had indicated they already had an absentee ballot, which, again, they said they never received,” Roth said.

Adding to the headaches were the new voting machines, which some poll workers and voters struggled with. When voters check in, poll workers give them cards, which they insert into touchscreen machines to cast their votes. The machines then produce paper ballots that voters insert into scanners.

The new system was put in place following allegations that the previous system wasn’t secure. Local activists sued the secretary of state three years ago, noting that the system didn’t produce any paper record.

Earlier this year, Georgia switched to a new voting system made by Dominion Voting Systems, which the state government said should mitigate most, if not all, of the plaintiffs’ concerns.

Richard DeMillo, a cybersecurity professor at Georgia Tech who observed the voting process at College Park Auditorium in the Atlanta suburb of College Park, called it “pretty chaotic.” He cited bottlenecks from voter check-in delays and estimated that half the center’s machines were turned off and not in use.

“Not a lot of guidance is being given to a lot of people,” said DeMillo, who saw voters unaccustomed to the new system sometimes walk away from machines with their paper ballots without scanning them — who would have to be “grabbed by the neck” by poll workers to make sure their votes get counted.

The lines caused some polling places to announce that they would remain open past the official closing time of 7 p.m. ET.

A Dominion spokesperson said that as of 4 p.m. ET, the manufacturer had needed to replace only 10 pieces of “fielded voting equipment” — such as scanners, printers and touchscreens — out of about 30,000 total voting systems across the state.

“Obviously, the first time a new voting system is used there is going to be a learning curve, and voting in a pandemic only increased these difficulties. But every other county faced these same issues and were significantly better prepared to respond so that voters had every opportunity to vote,” he said.

The state Democratic Party blamed him, saying his office failed to provide “adequate support and training.”

“We demand statewide action by the Secretary of State — the chief elections official in Georgia — to fix this problem immediately,” the party’s statement said. 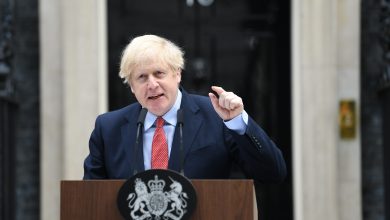 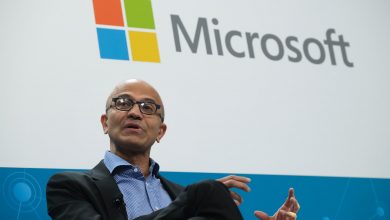 These are the best CEOs for diversity, according to employee reviews 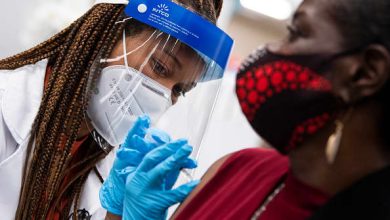 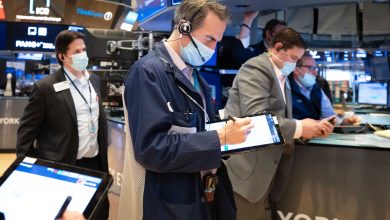 ‘Sell in May and go away’ is in play this year amid inflation risks, market analyst says