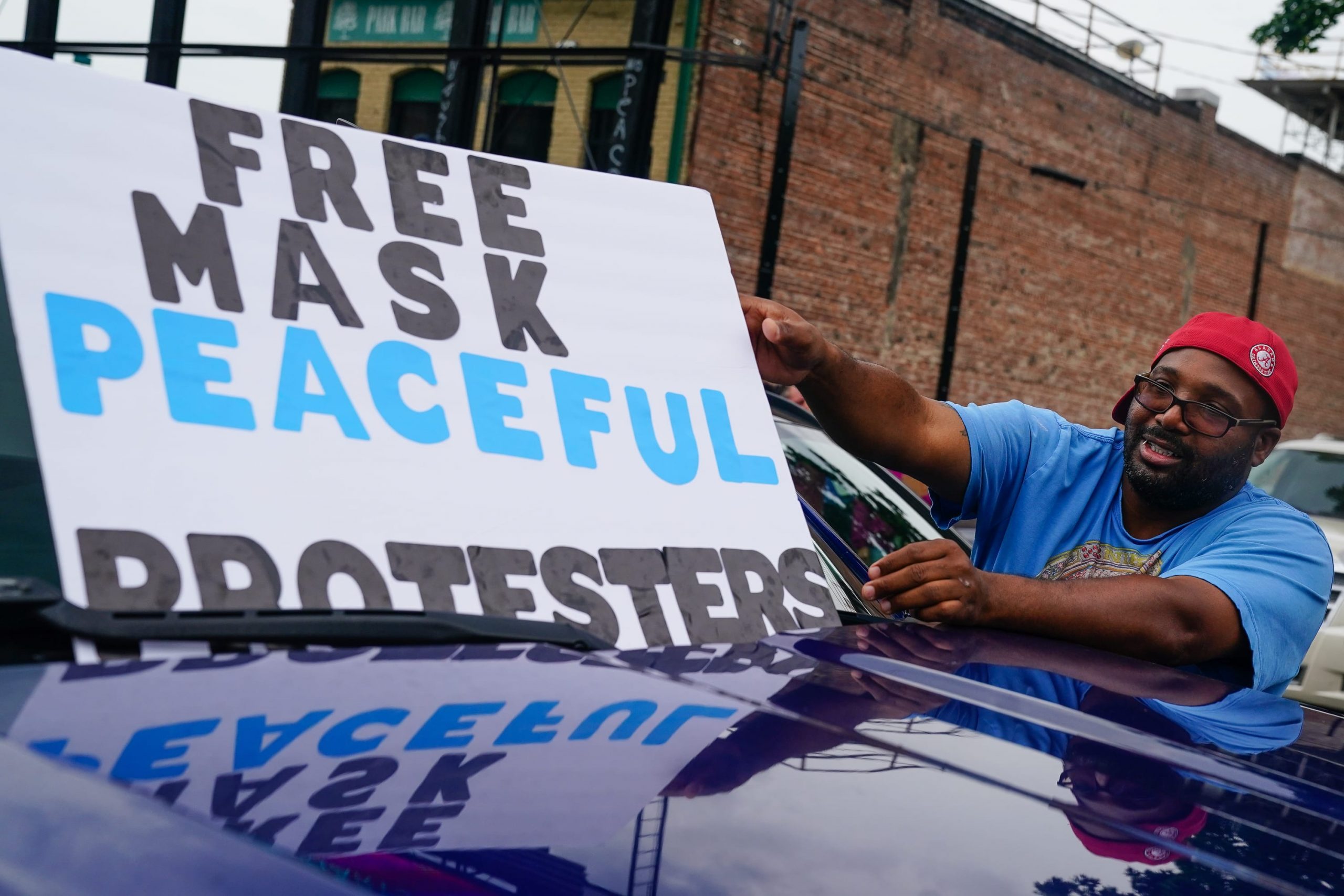 A man offers free masks to people during a protest against police brutality on June 6, 2020 in Atlanta, Georgia. This is the 12th day of protests since George Floyd died in Minneapolis police custody on May 25.

Black Americans are disproportionately getting sick and dying from the coronavirus. It’s a plague that has laid bare, not just vulnerabilities in the U.S. hospital system, but gaping disparities in access to quality health care across minority communities.

Black people constitute nearly 13% of the U.S. population but made up 23% of all Covid-19 deaths as of June 3, according to the Centers for Disease Control and Prevention. It’s an issue that’s attracting more attention in the wake of George Floyd’s killing, which has sparked protests around the world against police brutality.

“We’re seeing long-standing disparities exposed,” said Tiffany Green, assistant professor of population health sciences at the University of Wisconsin-Madison. “This is laying bare all the disparities that were already there. All of us have been doing this work. We’ve been talking about and screaming about this for years.”

In New York City, where daily cases, hospitalizations and deaths have been steadily falling for weeks, the coronavirus is still aggressively spreading through some low-income, predominantly minority communities, Gov. Andrew Cuomo said.

The state is opening more testing sites to try to curb the outbreak, focusing on low-income communities by expanding testing locations from eight public housing developments to 40, Cuomo said. Northwell Health, which is working with the city, plans to double the number of churches its testing, he said. The state is also doubling its own testing program to 44 churches in affected communities.

“New York City, the overall infection rate was about 20%. We have some ZIP codes where the infection rate is over 50%,” Cuomo said Tuesday. “It gets back to our conversation about injustice and inequality.”

The disparities aren’t limited to New York. In Michigan, where cases peaked at more than 1,700 a day in late March, the differences in Covid-19 infections and deaths when compared with the overall population are stark. The rate of infection stood at 12,389 confirmed cases per 1 million black people as of Wednesday, versus 2,802 cases per 1 million white residents — or more than four times the infection rate of white people, according to the Michigan Department of Health and Human Services.

Black people account for 2,272 of the state’s 5,711 Covid-19 deaths — about 40% — even though they make up less than 14% of the population, according to state data. Roughly half of those deaths were in Detroit, according to the state’s data. The death rate for Michigan’s black residents is 1,516 per 1 million people versus 364 per 1 million white residents, again more than four times the rate.

People line up to be tested for free for the coronavirus at Detroit’s Sheffield Center, April 28, 2020.

“There’s no doubt that the Covid crisis uncovered what we already knew was there but maybe we didn’t talk or act about it as much as we should have, which is the racial disparity in mortality in the African American community,” said Dr. Betty Chu, associate chief clinical officer and chief quality officer at Henry Ford Health System in Michigan.

Detroit Mayor Mike Duggan said Monday the city has been dealing with “one crisis after another” regarding Covid-19 and then nights of protests that ended in violence and dozens of arrests following the death of Floyd. The protests have not resulted in the kind of rioting and looting seen in other cities and most of the recent protests have been peaceful with little to no arrests.

“I think this country has changed,” Duggan said. “While we saw race discrimination in its most brutal form in (Floyd’s) murder, the racial inequity in this country is far broader.”

The reasons why minorities tend to suffer from poorer health and deadlier Covid-19 outcomes are complex, and like many disparities affecting blacks in the U.S., are rooted in the American slave trade. Hundreds of years of slavery, followed by segregation, employment discrimination and redlining have left minority communities with lower-paying jobs and less wealth than established white families. That means living in poorer neighborhoods, cheaper or no health insurance and less access to healthy food options and quality doctors.

Public health officials say one of those disparities is the disproportionately high number of “co-morbidities,” or underlying health conditions that tend to hasten death in Covid-19 patients, suffered by black and Hispanic people. Diabetes, obesity, heart disease, hypertension and lung illnesses are leading issues that make someone more likely to die if they get Covid-19, and they run rampant in African American communities.

Obesity is a leading cause of diabetes and heart disease, and a higher proportion of black and Hispanic people tend to be overweight. More than 37% of all white adults were considered obese from 2013 through 2016, meaning they have a body-mass index above 30. That compares with almost 48% for African Americans and almost 45% for Hispanics, according to the CDC.

“Unfortunately, when you look at the predisposing conditions that lead to a bad outcome with coronavirus, the things that get people into ICUs that require intubation that often lead to death, they are just those very co-morbidities,” Fauci, director of the National Institute of Allergy and Infectious Diseases, said April 7.

One of the problems researchers have pointed to is the lack of grocery stores within a mile of low-income communities that sell healthy and affordable food.

“The lack of store access in these communities — sometimes called food deserts — may contribute to poor diet, obesity, and other diet-related illness,” according to the U.S. Department of Agriculture.

African Americans and Latinos in the U.S. are also more likely to lack health insurance than are white people.

The rates people lose their insurance are particularly high for African Americans and Hispanics and remain elevated throughout adulthood, according to a 2018 study published in the National Institute of Health’s National Library of Medicine. The coverage gap in childhood is relatively small, but disparities rapidly grow by the time they hit their early 20s.

The University of Wisconsin’s Green said there’s tremendous mistrust in many black communities of hospitals and the medical field, which creates rifts that hurt the national response to the pandemic, especially when it comes to seeking out coronavirus testing and treatment.

She cited the infamous Tuskegee experiment, which was a U.S. government-backed study that took place in Macon County, Alabama, from 1932 to 1972, in which researchers withheld adequate treatment from a group of poor black men who had syphilis in order to study the disease. The study caused “needless pain and suffering for the men and their loved ones,” according to the CDC.

“It’s unfortunate, because we don’t have the time now to build the trust that we should have built decades before,” she said. “This is why it’s super important to address these disparities before and build these relationships with communities before we have pandemics.”

Minorities also hold a disproportionate share of retail, municipal, first responder and other jobs that interact directly with the public and have been deemed essential throughout the pandemic, according to data from the Center for Economic and Policy Research.

Those jobs typically pay less and many don’t offer health insurance, research shows. In many cases, black and Hispanic people more heavily rely on public transportation, which also puts them at greater risk of infection, said Dr. Talia Swartz, a member of the Infectious Disease Society of America who sits on its inclusion, diversity, access and equity task force.

“Many people of color are essential workers who just cannot stay home, despite the fact that that’s being recommended across different areas of the country,” she said.

And if they do get sick, many minority families have less space at home to socially distance or quarantine, which can further spread the virus, Swartz said.

“If you maybe live with a parent, an elderly parent, and a child in a multigenerational home and you’re stuck going to work every day, you’re putting all of those people at risk, and there’s no choice,” she said.

A member of the MTA cleaning staff disinfects the 86th St. Q subway station on March 4, 2020 in New York City.

Crowded living space is also a function of inadequate wages and the result of lacking affordable housing, said Nancy Krieger, a professor of social epidemiology at Harvard T.H. Chan School of Public Health. Some cities, like New York and Chicago, began offering hotel rooms for first responders and people who didn’t have enough space to safely quarantine at home.

“Covid entered our society when there are already major health inequities to begin with that come from unjust differences in living and working conditions,” Krieger said.

To fully assess just how bad things are and where public health officials should target testing, researchers say they need more data. Some lawmakers and civil rights groups have criticized the CDC for not releasing more details on the racial breakdown of coronavirus infections and deaths.

When the agency began reporting demographic information on Covid-19 cases and deaths toward the end of May, it warned that the data was incomplete with delays for fatality data ranging from one to eight weeks or more.

“I think initially it wasn’t really thought about very carefully,” said Dr. Tina Tan, a professor of pediatrics and infectious disease at the Feinberg School of Medicine at Northwestern University and member of the Infectious Disease Society of America’s board of directors.

“There’s so much data still missing on race and ethnicities, so it’s hard to draw any conclusions,” Krieger said. “The mortality data are more incomplete.”

Greg Millett, director of public policy at amfAR, the foundation for AIDS research, said he believes coronavirus cases have been undercounted among African Americans due to the lack of testing sites in minority communities.

Millett is the lead researcher of a study published in the Annals of Epidemiology that found counties with higher proportions of black residents had more Covid-19 cases and deaths. Social conditions, structural racism and other factors elevate the risk for Covid-19 diagnoses and deaths in black communities, according to the study.

Although the CDC is starting to catch up with collecting demographic data, it’s still incomplete, he said. Local health departments that are primarily responsible for collecting that data were likely overwhelmed at the beginning of the outbreak, said Millett, who previously worked for the CDC and worked on President Barrack Obama’s response to the HIV/AIDS crisis.

“It’s clear that testing was not in a place where it needs to be, and that’s honestly not a new phenomenon,” he said. “We see that whenever there’s a new technology that comes online that can benefit people in the United States, that disenfranchised communities are always the least likely to get it.” 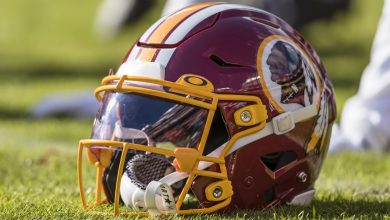 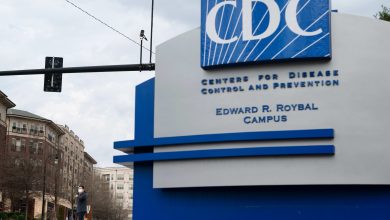