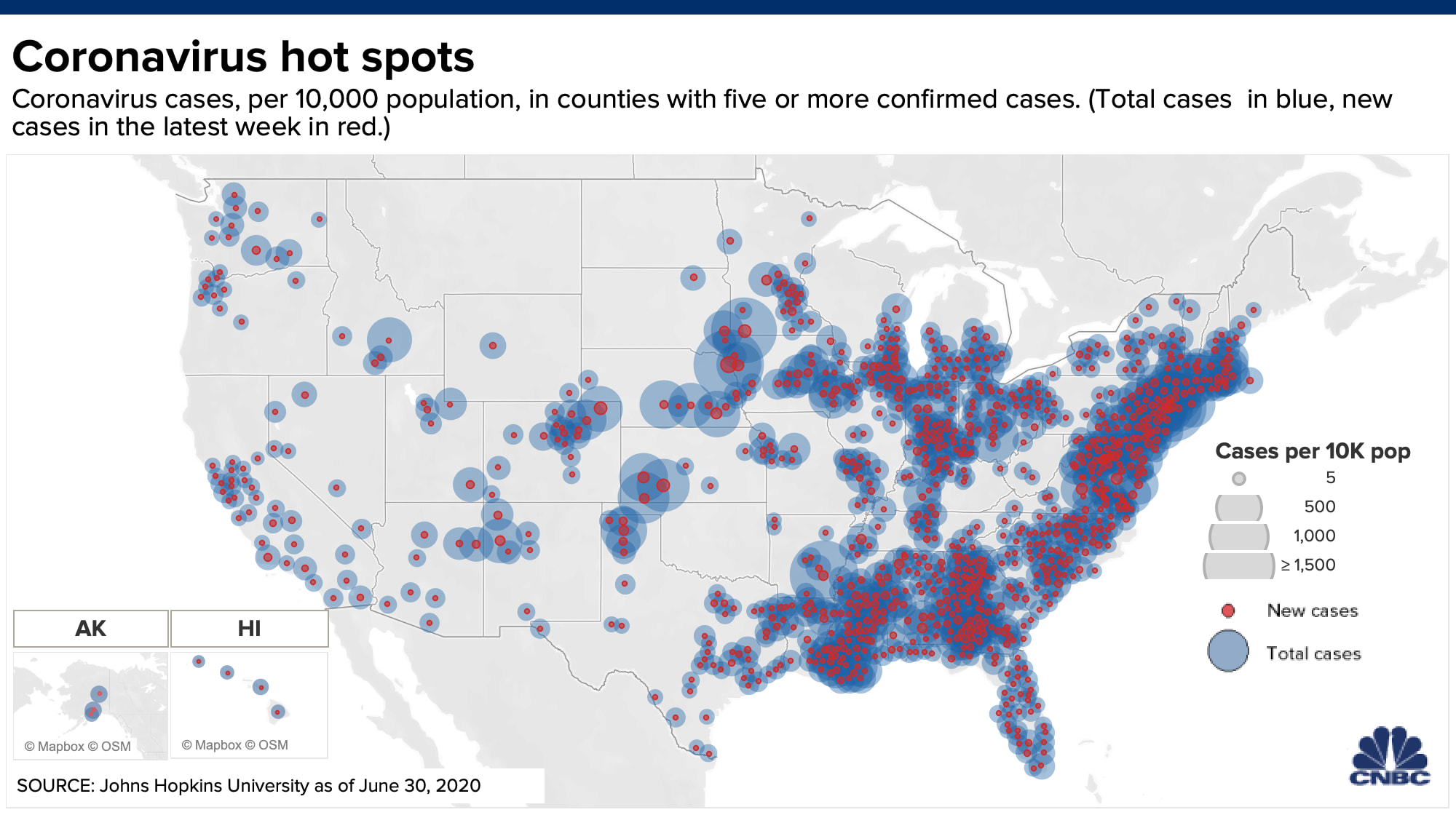 New York is once again cracking down on travelers heading to the state from regions where hotspots are seeing steep increases in new Covid-19 cases. Gov. Andrew Cuomo added eight new states to New York’s travel advisory, bringing the total to 16 states where residents who are heading to New York are required to first quarantine for 14 days. The enhanced travel advisory comes as former Food and Drug Administration chief Dr. Scott Gottlieb said he estimates roughly 25% of New York residents have likely been infected with the virus.

12:14 p.m. ET — Dr. Anthony Fauci, the nation’s top infectious disease expert, told lawmakers the new strain of flu carried by pigs in China has characteristics of the 2009 H1N1 virus and the 1918 pandemic flu.

He told the Senate Health, Education, Labor and Pensions Committee that scientists are keeping an eye on the virus, which they call “G4 EA H1N1.”

“It’s something that still is in the stage of examination,” he said. It’s not “an immediate threat where you’re seeing infections, but it’s something we need to keep our eye on, just the way we did in 2009 with the emergence of the swine flu.”

Both H1N1 and the 1918 flu were both considered horrific viruses. Fauci has often compared to Covid-19 to the 1918 flu, which is estimated to have killed between 30 million to 50 million. —Berkeley Lovelace Jr.

11:48 a.m. ET — New York Gov. Andrew Cuomo said eight additional states have now met the metrics to qualify for the state’s travel advisory, requiring all travelers headed to New York from those states to quarantine for 14 days, according to a press release.

The additional states include California, Georgia, Iowa, Idaho, Louisiana, Mississippi, Nevada and Tennessee, which “have significant community spread,” according to the order.

There are now 16 states that qualify for New York’s travel advisory, which was first issued alongside New Jersey and Connecticut on June 24. The quarantine applies to any person arriving from a state with a positive test rate higher than 10 per 100,000 residents over a seven-day rolling average or a state with a 10% or higher positivity rate over a seven-day rolling average, according to the order. —Noah Higgins-Dunn

Women wearing masks carry shopping bags outside of the Jacadi clothing store as the city moves into Phase 2 of re-opening following restrictions imposed to curb the coronavirus pandemic on June 22, 2020 in New York City.

10:57 a.m. ET — Consumer confidence rose more than expected in June as the U.S. as some stay-at-home and quarantine restrictions were lifted.

The Conference Board’s consumer confidence index surged to 98.1 for the month, compared with economists expectation for a reading of 91 and up from May’s reading of 85.9, CNBC’s Fred Imbert reported.

“The re-opening of the economy and relative improvement in unemployment claims helped improve consumers’ assessment of current conditions,” Lynn Franco, senior director of economic indicators at The Conference Board, said.

Franco noted, however, “the Present Situation Index suggests that economic conditions remain weak. Looking ahead, consumers are less pessimistic about the short-term outlook, but do not foresee a significant pickup in economic activity.” —Terri Cullen

10:50 a.m. ET — About 25% of people in the New York City area have probably been infected with the coronavirus by now, former Food and Drug Administration Commissioner Dr. Scott Gottlieb told CNBC on Tuesday.

Gottlieb cited a study published Monday by researchers at The Mount Sinai Health System in New York City, which suggested that 19.3% of people in the city had already been exposed to the virus through April 19.

Researchers noted, however, that even if that portion of people has coronavirus antibodies, it would still be well below the estimated 67% required to achieve so-called herd immunity, which is needed to stop the spread of the virus. And scientists are still researching the relationship between coronavirus antibodies and immunity, which remains unclear. —William Feuer

9:49 a.m. ET — The coronavirus pandemic is estimated to have resulted in a 14% drop in global working hours in the second quarter of 2020, the International Labour Organization said.

This is the equivalent of 400 million full-time jobs, which marked a “sharp increase” on its previous forecast of 305 million potential job losses.

The UN labor agency outlined three scenarios for the jobs market in the second half of 2020 and in the “pessimistic” model, it projected a 11.9% decline in working hours, the equivalent of 340 million jobs. —Vicky McKeever

9:35 a.m. ET — Stocks opened flat as the major averages are headed for their biggest one-quarter gains in years, reports CNBC’s Fred Imbert and Maggie Fitzgerald. The Dow Jones Industrial Average was down 52 points, or 0.2%. The S&P 500 and Nasdaq Composite both hovered around the flatline.

Both the Dow and S&P 500 were on pace for their best quarterly performance since 1998, surging more than 16% each. Meanwhile, the Nasdaq Composite was up 28.2% quarter to date and was headed for its biggest quarterly gain since 2001. —Melodie Warner

New cases in the U.S. rise

9:02 a.m. ET — Goldman Sachs told clients that a nationwide face mask mandate could both cut the daily growth rate of new confirmed cases of Covid-19 and save the U.S. economy from taking a 5% GDP hit in lieu of additional lockdowns.

Jan Hatzius, Goldman’s chief economist, said a national mask mandate could raise the percentage of people who wear masks by 15 percentage points and found that the rule could substitute for lockdowns that would subtract nearly 5% from GDP growth. —Thomas Franck

A rise in nationalism could lead to an even deadlier pandemic, professor warns

8:22 a.m. ET — A rise in nationalism and inward-looking politics could lead to another, even deadlier, pandemic in the future, according to Ian Goldin, professor of Globalisation and Development at the University of Oxford.

Goldin, who previously served as an advisor to Nelson Mandela and is a former vice president of the World Bank, told CNBC that if more protectionism arises from the coronavirus crisis, the world will face a slew of risks including an even bigger pandemic, more financial crises and “Cold War 2.0.”

“We face a choice,” he said. “Either the pandemic teaches us to be more globalized in politics, to stop the next pandemic, to cooperate, to restore global growth, or we get more national, in which case we’re in a downward spiral.”

Goldin has been predicting a pandemic for several years, warning in his 2014 book “The Butterfly Defect” and a 2018 BBC series that a disease outbreak would be the most likely cause of the next global economic crisis. —Chloe Taylor

7:34 a.m. ET — U.K. Prime Minister Boris Johnson has announced a program of public investment that the government hopes will help the British economy recover from the coronavirus crisis.

“We cannot continue simply to be prisoners of the crisis,” Johnson said as he announced £5 billion ($6.15 billion) of government spending on various public infrastructure projects, ranging from hospitals to roads to schools. “We must work fast because we’ve already seen the vertiginous drop in GDP (gross domestic product).”

Fauci, other health officials to testify in Congress

Director of the National Institute for Allergy and Infectious Diseases Dr. Anthony Fauci wears a face mask while he waits to testify before the House Committee on Energy and Commerce on the Trump Administration’s Response to the COVID-19 Pandemic, on Capitol Hill in Washington, DC, U.S. June 23, 2020.

Fauci will be joined by Dr. Robert Redfield, the director of the Centers for Disease Control and Prevention, and Admiral Brett Giroir, assistant secretary for health in the Department of Health and Human Services. Dr. Stephen Hahn, the commissioner of the Food and Drug Administration, is also scheduled to testify.

The hearing, an “update on progress toward safely getting back to work and back to school,” will be held by the Senate’s health and education committee.

All four officials scheduled to speak testified in a full-day hearing before members of the House just a week ago when the officials offered an overview of the U.S. response to the pandemic so far and warned of a difficult Autumn season. —Will Feuer 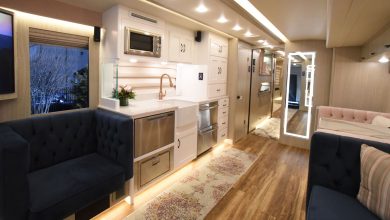 Want to travel like a rock star? One celebrity RV company’s Covid pivot lets you do just that 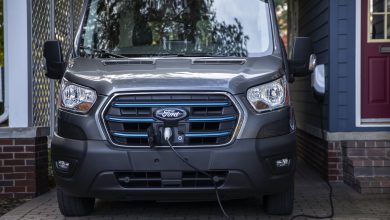 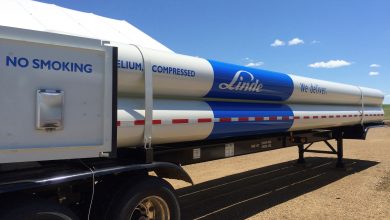 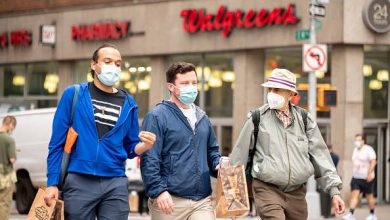