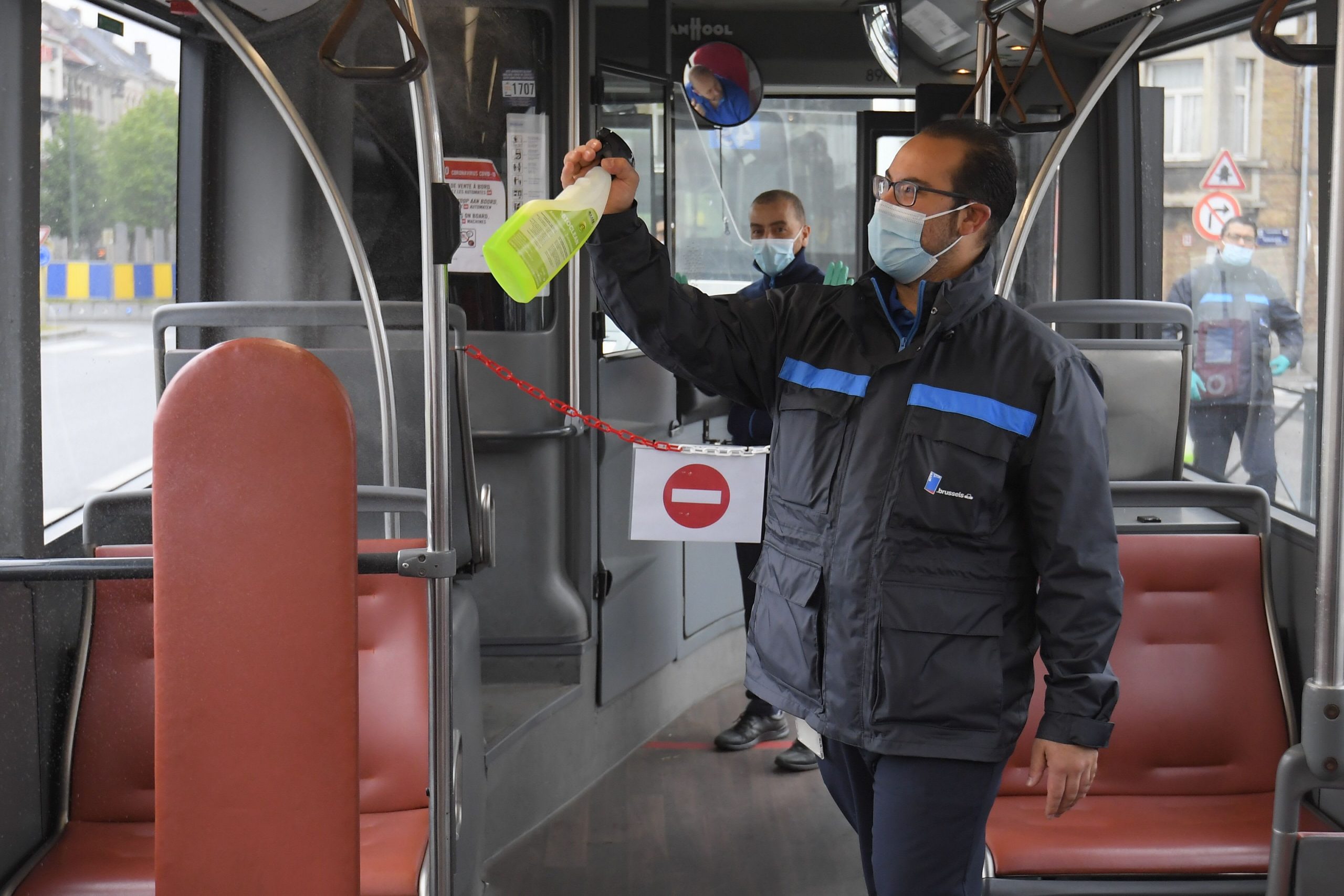 The coronavirus outbreak continues to expand in some states across the U.S., with Arizona on Tuesday reporting a record high number of new confirmed cases and Texas reporting a record number of people in the hospital with Covid-19. Some state and federal officials, including Vice President Mike Pence continue to downplay the outbreak, calling it “overblown.”

9:37 a.m. ET — Stocks opened higher, aiming for a four-day winning streak, fueled in part by a growing belief the worst may be over for the world’s largest economy, reports CNBC’s Fred Imbert and Maggie Fitzgerald. The Dow Jones Industrial Average traded 47 points higher, or 0.2%. The S&P 500 gained 0.3% while the Nasdaq Composite advanced 0.5%. —Melodie Warner

9:24 a.m. ET — Digital-bank Current has taken off with the essential workers who “have kept this country going” during the pandemic, said founder and former Wall Street trader Stuart Sopp in a telephone interview.

The New York-based start-up founded in 2015 has seen customer growth surge during the coronavirus pandemic, adding more than 100,000 users a month in April and May, Sopp said. The company recently exceeded 1 million active accounts and expects to double in size before the end of this year, he added.

“Everyone who was tagged as an essential worker happens to fit our profile, just by dumb luck,” Sopp said. “They work at Walmart or Amazon, they’re Door Dash-ers, Instacart-ers, Uber and Lyft drivers, UPS workers, nurses or military. Our growth in the last two months has been insane.”

Current has offered fee-free mobile checking accounts since the start of last year. Users spend about $1,100 per month, almost entirely on necessities like groceries, he added. —Hugh Son

9:04 a.m. ET — With consumer demand being better than expected for new vehicles and a continuing ramp-up of North American production, General Motors CEO and Chairman Mary Barra is “cautiously optimistic” regarding an economic recovery.

The automaker is “hopeful that we’ll have a strong recovery” overall but is planning for multiple scenarios “to make sure the company is strong from a business perspective and can weather any outcome,” she said on CNBC’s “Squawk Box.”

Her comments come a day after the company’s annual shareholder meeting, where she promised the company will remain steadfast on its plans to invest $20 billion in all-electric and autonomous vehicles through 2025. GM, according to Barra, remains committed to ride-sharing, specifically when it comes to autonomous vehicles.

Some have speculated consumers won’t want to utilize ride-sharing such as Uber and Lyft, which the company has a stake in, in the future due to the coronavirus pandemic. —Michael Wayland

The latest with U.S. hot spots

Belgium had the worst response to the coronavirus crisis among OECD countries, EIU says

A STIB/ MIVB worker disinfects a bus as transport vehicles are disinfected several times a day during stage 1A of the deconfinement, on May 4, 2020.

8:12 a.m. ET — Belgium’s response to the coronavirus crisis has been ranked the worst out of 21 OECD countries by the Economist Intelligence Unit (EIU).

In a new report, EIU analysts gave 21 nations an overall score that weighed risk factors against how well their governments reacted to the pandemic.

With a “poor” score of 2.11 out of 4, Belgium received the lowest point total in the index. New Zealand, with a total score of 3.67, was ranked highest for its government’s handling of the health crisis. The U.S. received a “good” overall score of 3.11.

To date, 9,663 people in Belgium have died of Covid-19, making it the country with the highest death rate per capita in the world, according to Our World in Data. —Chloe Taylor

8:04 a.m. ET — Dutch lighting firm Signify says one of its ultraviolet lights can “degrade” the coronavirus in just a few seconds.

The company, which is the world’s biggest lighting maker, tested its latest technology with researchers at Boston University and found that the exposure of the virus to UV light helps to destroy it.

7:20 a.m. ET — An outbreak of the coronavirus at a farm in Denmark means that the whole stock will now be culled, Denmark’s Veterinary and Food Administration said Wednesday.

The administration had analyzed samples from 34 animals at a mink farm in northern Jutland, after discovering that an individual with Covid-19 was associated with the farm.

“Since this is the first time a coronary infection has been found in a Danish mink herd, the government has decided as a precaution that the infected mink herd must be killed, in order to minimize the risk of possible spread of infection,” the administration said on its website.

Similar coronavirus outbreaks have been discovered previously in the Netherlands, and the Dutch government also proceeded with culls of tens of thousands of mink, which are bred for their fur, after infections were detected. —Holly Ellyatt

A man pipettes a blue liquid in a laboratory of the biopharmaceutical company Curevac.

The phase one trial will be conducted in Germany and Belgium and include 168 health participants, the company said. CureVac added on a conference call that the potential vaccine could hit the market by mid-2021, Reuters reported, though it will first have to prove to be safe for humans and effective against the virus.

“We are convinced that we are on the right track with our SARS-CoV-2 vaccine candidate,” Dr. Mariola Fotin-Mleczek, CureVac’s chief technology officer, said in a statement, adding that early evidence from animal experiments has been positive. “We now look forward to confirm these results in humans.” —Will Feuer

Disagreement over WHO is reportedly delaying UN Security Council meeting

Director General of the World Health Organization (WHO) Tedros Adhanom Ghebreyesus attends a news conference on the situation of the coronavirus (COVID-2019), in Geneva, Switzerland, February 28, 2020.

7:03 a.m. ET — Disagreements between Russia and other countries over the role of the World Health Organization have delayed a meeting of the UN Security Council, Reuters reported, citing the Russian RIA news agency.

The meeting would be to discuss the global response to the pandemic, but Russian Foreign Minister Sergei Lavrov said there remains disagreement among members over the role of the WHO, according to Reuters.

Last month, U.S. President Donald Trump said the U.S., a permanent member of the Security Council, will cut ties with the WHO. In the announcement, Trump alleged that the UN agency is beholden to Chinese interests and failed to hold the country accountable for its early response to the coronavirus, which emerged in the Chinese city of Wuhan in late 2019. —Will Feuer 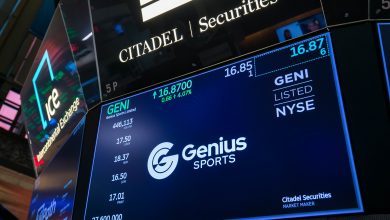 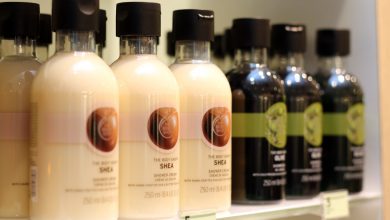 The Body Shop will buy 600 tons of waste plastic next year, and wants competitors to follow 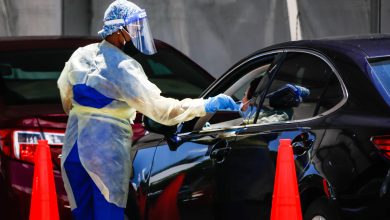 Omicron detected in Florida and Texas as it takes root in 25 U.S. states 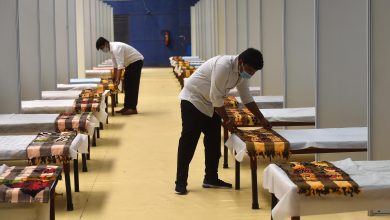