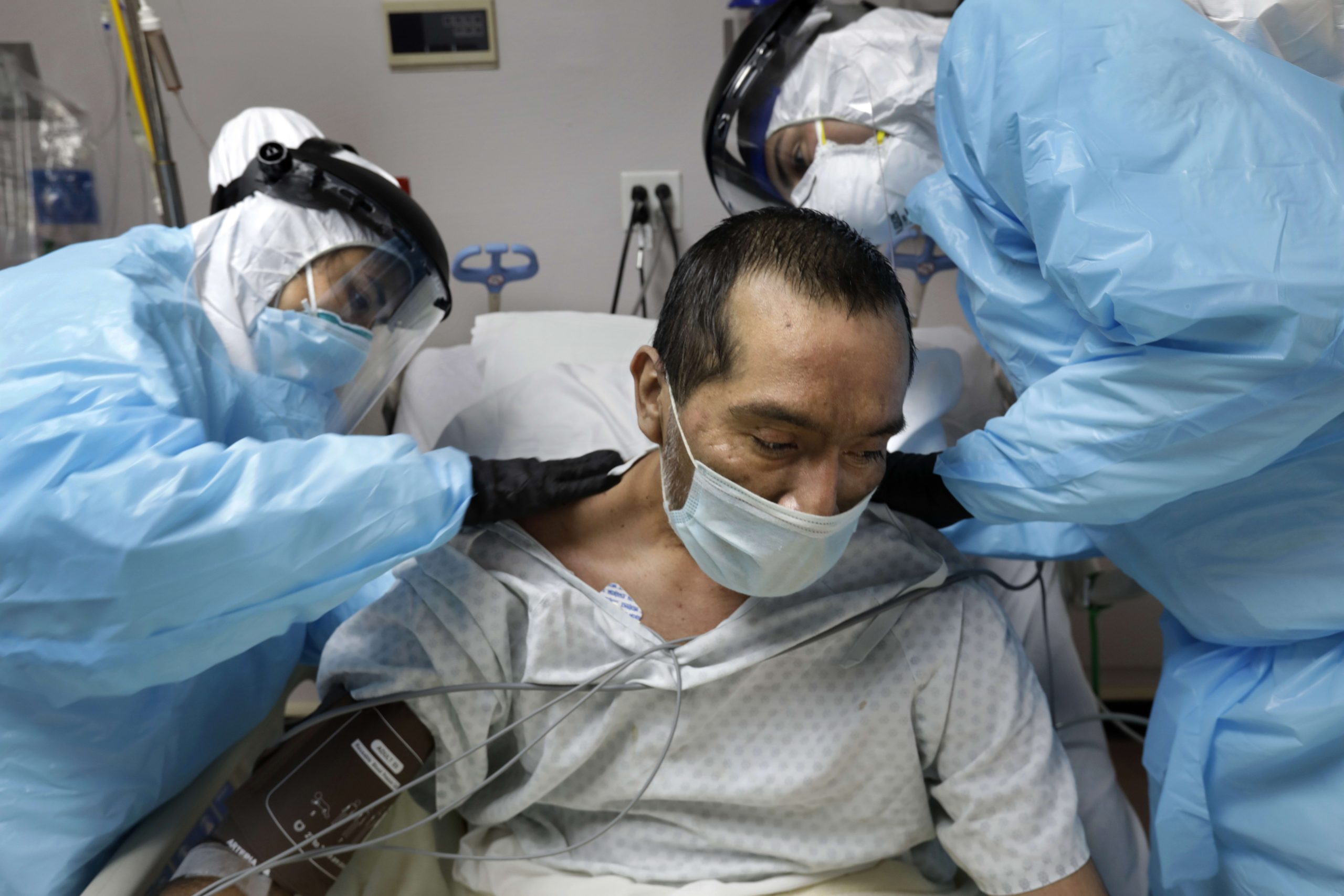 Stocks had their worst day since March as confirmed coronavirus cases in the U.S. topped two million and the virus begins to spread more rapidly in some states that aggressively reopened their economies, such as Texas, Arizona, North Carolina and others. New York is allowing 5 regions to open more businesses as the virus recedes in the state, while Nashville has delayed moving into the next phase of its reopening process as cases increase there.

Biotech company Regeneron announced it has started to test its potential coronavirus drug on humans to evaluate if it can effectively treat and even prevent Covid-19.

Houston may have to implement coronavirus restrictions again

Houston is at risk of having to “backtrack” in its reopening measures, according to Harris County Judge Lina Hidalgo.

“This week, the Covid-19 general hospital population in Harris County was the highest it’s ever been,” Hidalgo said at a press briefing. “It’s gotten worse every day.”

She said the city and county face a “significant” threat and that increases in hospitalizations have raised concern that Houston has reopened too quickly. If things get worse, she said Houston may have to resort to using NRG Stadium as a medical shelter. —Hannah Miller

Rapper Skooly performs during Skooly’s “Nobody Likes Me’ parking lot concert after more than two months of a lockdown caused by the coronavirus pandemic at Murphy Park Fairgrounds on June 06, 2020 in Atlanta, Georgia.

Residents who are 65 and older are no longer required to shelter in place unless they have certain health conditions or live in a long-term care facility. The state will also lift capacity limits on restaurants and dining rooms and allow bars to have up to 50 people beginning June 16. Live performance venues can also reopen on July 1. —Hannah Miller

5:20 p.m. ET — CNBC’s Robert Frank reports on how the New York City real estate market is getting hit by the coronavirus pandemic and what the forecast looks like.

A man offers free masks to people during a protest against police brutality on June 6, 2020 in Atlanta, Georgia. This is the 12th day of protests since George Floyd died in Minneapolis police custody on May 25.

4:38 p.m. ET — Protests in response to the police killing of George Floyd have brought greater attention to the health-care disparities that black people face in the U.S.

Though black Americans make up only around 13% of the U.S. population, they constitute 23% of all coronavirus deaths as of June 3, according to the Centers for Disease Control and Prevention.

Black Americans are more likely to suffer from underlying health conditions, lack health insurance and hold essential jobs that are typically lower paying and involve direct exposure to the public amid the pandemic. —Hannah Miller

4:26 p.m. ET — Stocks fells the most since March as the number of coronavirus cases increases in a number of states that are reopening businesses, raising concerns that a second wave of outbreaks could leader to renewed shutdowns.

“You’re seeing the psychology in the market get retested today” as traders weigh the the recent uptick in coronavirus hospitalizations and a grim outlook from the U.S. central bank, said Dan Deming, managing director at KKM Financial. “The sense is maybe the market got ahead of itself, which makes sense given the fact that we’ve come so far so fast.” —Spencer Kimball, Fred Imbert, Yun Li

Nashville mayor delays next stage of reopening after cases rise

An employee wearing rubber gloves and a mask greets patrons at Puckett’s Grocery & Restaurant on April 27, 2020 in Franklin, Tennessee.

3:06 p.m. ET — Nashville Mayor John Cooper said he intends to curb the city’s next reopening phase after reporting a “slightly elevated” average in Covid-19 cases over the last two weeks.

“As of today, the majority of our public health metrics are satisfactory. But our 14-day new case average remains slightly elevated, prompting us to stay in Phase Two of our Roadmap for Reopening Nashville,” Cooper said in a press release.

Nashville is currently in phase two of its reopening plan, which allows restaurants and retail stores to operate at 75% capacity but bars must remain closed.

The next phase of the city’s reopening plan would allow for restaurants and retail stores to operate at full capacity and bars, clubs, karaoke bars, tours, live entertainment and “transportainment” businesses to operate at 50% capacity. —Noah Higgins-Dunn

Here’s what might be in the next round of stimulus

2:38 p.m.  ET — If you’re eager for more financial support from the government, you may have to wait.

Congress is poised to consider another round of stimulus legislation. But it might not be until later next month.
Treasury Secretary Steve Mnuchin spoke this week about the areas on which the government may focus its next efforts to shore up the U.S. economy.

“I definitely think we are going to need another bipartisan legislation to put more money into the economy,” Mnuchin told the U.S. Senate Committee on Small Business and Entrepreneurship.

“We don’t want to rush into that because we want to be both careful at this point in seeing how the money is in the economy,” Mnuchin said.

Further efforts could focus on unemployment benefits and direct payments to individuals, Mnuchin said. Options that are on the table include either more one-time stimulus payments or back-to-work bonuses. —Lorie Konish

Source: The State of New York

The decision comes as the virus recedes in New York, once the epicenter of the country’s outbreak, but gains speed in some other states that were among the first and most aggressive to reopen, such as Texas, Arizona and North Carolina.

Delta CEO says all employees will be tested for virus, antibodies

1:26 p.m. ET — Delta CEO Ed Bastian said in a memo Thursday that all employees will be tested for the coronavirus and antibodies. The announcement comes as Delta and other airlines begin adding summer flights as passengers start returning.

Bastian said Delta is partnering with the Mayo Clinic and Quest Diagnostics to facilitate the testing. The program will begin in Minneapolis, Atlanta, Detroit and New York starting next week, then will evolve into a company-wide testing protocol.

The company also announced the creation of the Delta Global Cleanliness organization, which will review Delta’s standards and policies to ensure customers and employees are safe. –Alex Harring

Ryanair rejects U.K. guidance for passengers to check in all luggage

Ryanair planes are seen at Dublin Airport, following the outbreak of the coronavirus disease (COVID-19), Dublin, Ireland, May 1, 2020.

Instead, Ryanair will ask passengers to minimize check-in luggage, according to Reuters.

The guideline on luggage from Britain’s Department of Transport is intended to reduce the spread of Covid-19. The agency is also recommending that people wear face masks in airports and on planes.

Ryanair rejected the check-in guideline and said cabin bags are handled only by the passenger, limiting any risk of physical contact with others, Reuters reported.

Flying in and out of Britain has decreased since the coronavirus pandemic, because of new U.K. rules for international arrivals to quarantine for 14 days.

“We are taking the necessary steps to ensure a framework is in place for the aviation industry to bounce back,” said Transport Minister Grant Shapps in a statement. —Suzanne Blake, Reuters

12:34 p.m. ET — Mortgage rates hit a record low amid concerns over a second wave of the coronavirus, which has helped spur a market sell-off.

Low mortgage rates have driven a fast recovery in the housing market and mortgage applications for home purchases were up 13% annually last week, according to data from the Mortgage Bankers Association. —Hannah Miller

Mnuchin warns against shutting down economy for second wave

“And not just economic damage, but there are other areas and we’ve talked about this: medical problems and everything else that get put on hold,”  he added. “I think it was very prudent what the president did, but I think we’ve learned a lot.” — Spencer Kimball

Both the Senate and House of Representatives are set to return to Washington on July 21, which is 10 days before programs under the CARES Act, including increased unemployment insurance payments, will expire. The Trump administration estimates that more than half of funds from the last three stimulus packages have not been spent.

A breakdown from the Office of Management and Budget found that just $22 billion of $500 billion designated to Treasury Department for business loans has been spent. In formulating a future stimulus bill, Republican leaders and the administration do not have a uniform stance yet on what would should be included, but many want to provide liability protection to businesses that reopen. —Suzanne Blake

9:33 a.m. ET — Stocks fell sharply at the open as coronavirus cases increased in some states that are reopening up from lockdowns, reports CNBC’s Fred Imbert and Yun Li. The Dow Jones Industrial Average traded more than 900 points lower, or over 3%. The S&P 500 slid 2.5% while the Nasdaq Composite slid 2.1%. —Melodie Warner

Alitalia to resume international flights from Milan in July

9:23 a.m. ET — Alitalia intends to resume international flights from Milan next month, according to a Reuters report.

The Italian carrier plans to operate 52 routes to 37 airports — including 19 in Italy and 18 abroad — about 60% more flights compared to June. Seats offered in July will grow by 60% compared to the previous month, Reuters reported. —Melodie Warner

8:58 a.m. ET — Moderna is set to start a 30,000-person trial of its coronavirus vaccine in July, the company confirmed to Reuters. The trial comes as the biotechnology company enters the final stage of testing for the potential coronavirus vaccine.

Moderna selected a100-microgram dose of the vaccine for the study, for which the primary goal would be to prevent symptomatic Covid-19. The secondary goal would be the prevention of severe disease, as defined by people being hospitalized.

The company aims to deliver around 500 million — and potentially up to 1 billion — doses per year beginning 2021, Reuters reported. —Alex Harring

8:48 a.m. ET — The pace of unemployment claims decelerated for the 10th straight week as the U.S. jobs market continued its plodding recovery from the coronavirus pandemic, reports CNBC’s Jeff Cox.

Labor Department data showed initial claims totaled 1.54 million, compared to the 1.6 million expected from economists surveyed by Dow Jones and a drop of 355,000 from the previous week’s total that was just short of 1.9 million. —Melodie Warner

The latest on daily new cases

7:24 a.m. ET — Regeneron announced the start of the first human trial of its antibody cocktail that the company hopes will effectively treat and even prevent Covid-19.

The drug, REGN-COV2, which is a combination of two antibodies, is the latest potential therapy to enter clinical trials. The only drug that has so far proven to effectively treat Covid-19 patients is Gilead Sciences‘s Remdesivir.

“REGN-COV2 could have a major impact on public health by slowing spread of the virus and providing a needed treatment for those already sick – and could be available much sooner than a vaccine,” Dr. George Yancopoulos, co-founder and chief scientific officer of Regeneron, said in a statement. —Will Feuer

WHO warns of increasing ‘hotspots’ in Africa

7:00 a.m. ET — Africa will experience a “steady increase” in coronavirus cases until a vaccine is developed, the World Health Organization warned, according to Reuters.

The global health body said that robust public health measures are needed in virus “hotspots” in the continent.

“Until such time as we have access to an effective vaccine, I’m afraid we’ll probably have to live with a steady increase in the region, with some hotspots having to be managed in a number of countries, as is happening now in South Africa, Algeria, Cameroon for example, which require very strong public health measures, social distancing measures to take place,” Matshidiso Moeti, WHO’s Africa regional director, told a briefing in Geneva, Reuters said. —Holly Ellyatt 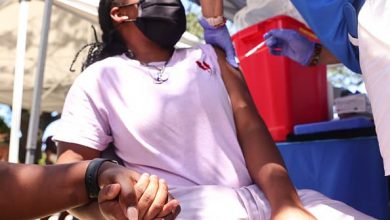 Why are Covid cases so high when millions are fully vaccinated? Blame the delta variant, experts say 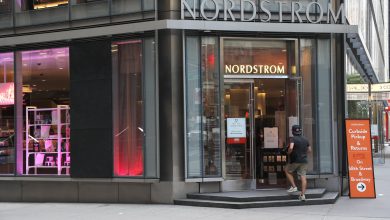 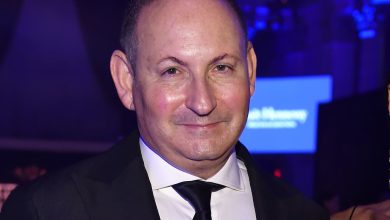 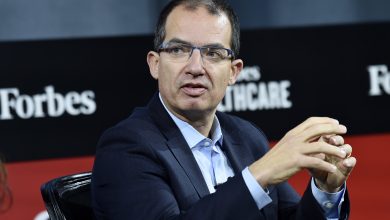