(Bloomberg) — Health-care companies that are trying to develop treatments or vaccines to fight Covid-19 have produced some of the best stock market performances in Europe this year. Odds are, investors will end up disappointed.

The urgent need to tame the virus that has crippled economies worldwide has spurred a flurry of companies to announce research into a vaccine or treatments. Investors have piled into those companies’ stocks, driving four-fold gains in small-caps such as Tiziana Life Sciences Plc and Bergenbio ASA. Many of the companies have taken advantage of the surges to sell new shares.

Government officials are placing most of their hopes in major drugmakers such as AstraZeneca Plc and Sanofi. Investors, though, may be over-estimating the opportunity for smaller companies, according to Daniel Mahony, a health-care fund manager with Polar Capital LLP in London.

“It strikes me that some of them look a little overvalued,” he said of companies trying to develop a vaccine. “When you look at the valuations, what are the implied inputs that some investors are putting in to justify that rise in value?”

One sobering statistic: Only 14% of all drugs in clinical trials eventually win approval from the U.S. Food and Drug Administration, a 2018 study from the MIT Sloan School of Management showed. Vaccines typically take 10 to 15 years to develop, according to Shore Capital Group Ltd. analyst Adam Barker and about 10% find success once they get into human testing.

Big Pharma companies and their research partners are trying to expedite vaccine development because of the urgency of the coronavirus pandemic. Still, any measurable success remains far from certain, especially for smaller companies that lack the significant resources to conduct big clinical trials. As many as 100 experimental vaccines against the novel coronavirus are being worked on globally.

Hurdles include finding the right immune response and checking for adverse reactions. Safety checks are of particular importance when testing a vaccine, since they are designed to be given to healthy people. The time spent on this stage will be harder to compress than the early ones that have seen rapid progress, according to Barker.

And even if a vaccine trial is successful, there aren’t necessarily large profit margins to be found. The U.K.’s AstraZeneca, which is seen as one of the front-runners, plans to supply its vaccine at cost during the pandemic.

“It’s best done by large companies,” Mahony said. “They’re doing it for the greater good of both society and their business. The one reason they’re not doing it for is to make money.”

“By and large it’s a difficult place normally for a small company to play, just because you have to run enormous trials,” he added, noting that big companies also have the advantage of being able to run several programs in parallel — key when you’re dealing with a largely unknown virus.

Meanwhile, shares of companies such as Synairgen Plc and Abivax SA have surged following announcements that they are testing treatments for people who fall ill from the virus.

“I’m quite skeptical about most of them,” Barker said. “A virus turning up doesn’t change the chance of the success of a drug. Even though there’s optimism around these drugs, the evidence base isn’t there to support them.”

Those valuations will likely remain inflated until investors are driven away by poor data or are lured elsewhere, Barker said. Valuations based on hopes of a therapy also run the risk of becoming less relevant if a vaccine is found, he added.

Mahony is a bit more optimistic. “I suspect we won’t get a silver bullet therapeutic,” he said, though some drugs could slow down the disease and potentially improve the survival rate.

Here are some of the European companies with skin in the game:

Cell and gene-therapy company Oxford Biomedica Plc has seen its stock rally 40% since it joined a consortium in April led by the University of Oxford that’s fast-tracking trials of a possible vaccine. Oxford Biomedica will be the manufacturing partner should the tests prove successful. AstraZeneca has since agreed to work with the university group on the shot.

For Oxford Biomedica, “the economics of the collaboration will be meaningful only if the safety and efficacy of the vaccine candidate is confirmed in clinical trials,” Peel Hunt analyst Amy Walker wrote. An Oxford Biomedica spokeswoman declined to comment on the likelihood of success.

Shares of the U.K. microcap company surged more than 1,100% from the start of the year to a peak in mid-April after it began testing a formulation of the human protein interferon beta to treat respiratory illness in people hospitalized with Covid-19. The shares have retreated since early May, though the company’s market capitalization of about 57 million pounds ($71 million) still towers above its value of 6.4 million pounds at the start of the year.

The Southampton, England-based company had no revenue last year, has no products on the market and has lost money every year but two since going public in 2004.

Synairgen is confident its drug can do “something helpful” for patients with compromised interferon-beta production, who are likely to be those most severely affected by Covid-19, based on previous trails in asthma patients, Chief Executive Officer Richard Marsden said in a telephone interview.

The safety of the medicine is well established and “we know we can switch the defenses on in the lungs with the drug,” he said. The company is still targeting hospital trial data in July, Marsden said.

One of the most recent entrants is French biotech company Abivax SA, whose shares have climbed 16% since it announced May 14 that it would begin testing an experimental colitis drug, ABX464, on high-risk Covid-19 patients. The company went on to receive 36 million euros in funding from state-owned investment firm BPIFrance and said May 25 it had also received German regulatory approval for the trial.

The drug has anti-inflammatory and anti-viral action that could make it “a game-changer in Covid-19 therapy,” Goetzpartners Securities Ltd. analyst Chris Redhead wrote in a note to clients last month. However, “uncertainty surrounding the progression of the disease and potential impact of a vaccine makes the opportunity difficult to model,” he said. The project should at least expand partnering and financing opportunities for Abivax in the short term, he said.

Abivax decided to test the drug in Covid-19 because it’s shown anti-inflammatory action and tissue repair in ulcerative colitis, CEO Hartmut Ehrlich said in a telephone interview. “That being said, we are not claiming victory at this stage,” he said. “We are just saying that the scientific rationale to evaluate AVX464 in Covid-19 is strong and that this trial will provide the answer on whether we can slow down the progression of the disease with hyper-inflammation and respiratory distress, or not.”

Shares of Bergenbio have risen 81% since the Norwegian company’s bemcentinib was selected to be fast-tracked in the U.K. as a potential treatment, with data from the Phase 2 trial expected late in the summer. A failure to show positive results probably would send the stock back to its pre-Covid level, Arctic Securities analyst Pal Falck said in an email. As it’s the first human trial with bemcentinib for Covid-19 treatment, “there are obviously uncertainties whether the pre-clinical effect will translate into clinical benefit,” he said. The company didn’t respond to a request for comment.

Tiziana Life Sciences’ stock spiked 166% on March 11 when the company said it would develop a monoclonal antibody, TZLS-501, for treatment of patients infected with the coronavirus. The drug has the same mechanism of action as two anti-inflammatory medicines, Actemra from Roche Holding AG and Kevzara from Sanofi and Regeneron Pharmaceuticals Inc., that are being studied in Covid-19. The company raised $10 million through a U.S. equity offering the next day.

Shares quickly returned to their pre-announcement levels until late April, when Tiziana said it was seeking a patent for TZLS-501 in combination with an antiviral treatment as a potential therapy. The company, which had no revenue in 2018 and according to Bloomberg data has no analysts following it, said it hadn’t done any clinical or pre-clinical research into the use of the drugs as a treatment for the virus.

Chairman and founder Gabriele Cerrone and CEO Kunwar Shailubhai have experience bringing drugs to market, having won regulatory approval for three medicines at previous companies, Cerrone said in a telephone interview. “Everything is a long shot, but we’re very focused on the fact that the market is not only vaccine-focused,” he said. “Drug therapies will become more scrutinized and appreciated because there’s going to be a large part of the population which will never get vaccinated.”

The stock has pared some of its gains in June though still remains up more than 100% this year with a market value of about 142 million pounds.

Shares of French biotech Ose Immuno surged almost 50% in early May after the company said it was developing a vaccine against the novel coronavirus. The company said it expects first pre-clinical results at the start of the second half of the year and if possible, to begin a clinical trial before the end of 2020. The stock had erased those gains by mid-May and trades back at around 6 euros a share. The company didn’t respond to a request for comment.

bloomberg.com” data-reactid=”83″>For more articles like this, please visit us at bloomberg.com 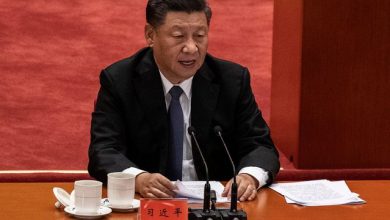 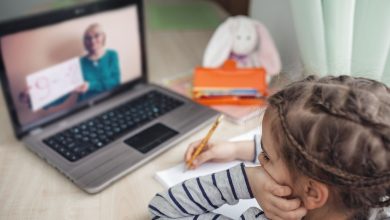 The pandemic has shown the real possibilities of education technology: CEO 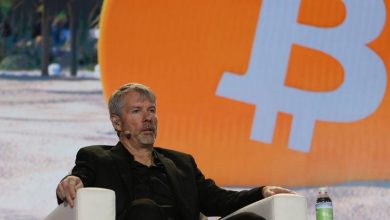 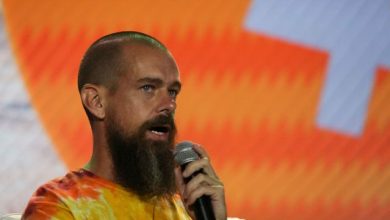 Square Is Considering Bitcoin Mining, Jack Dorsey Says. He Has His Reasons.